10 New Things Science Says About Being a Mom

by Randy Rieland: Such as, how much time she spends with her child doesn’t matter as much as we think… 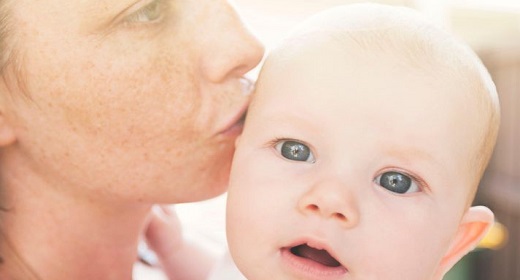 or all we think we know about moms, here are some fresh conclusions researchers have drawn about them since last Mother’s Day.

Look Ma, two hands: A study at the University of Illinois concluded that teenagers are safer drivers when their moms are with them. No surprise there. But that’s not all they found. The researchers determined that having Mom nearby actually affected activity in a teen’s brain. Twenty-five teen drivers were asked to complete a driving simulation test as quickly as possible. At each of the intersections, the driver had a choice of running a yellow light or stopping for it, which cost them three extra seconds of time. When they were by themselves, drivers ran the yellow light 55 percent of the time; when Mom was nearby, that dropped to 45 percent. Here’s the best part: When a driver was alone, scans showed his or her brain’s reward center became more active when they ran yellow lights. But when their mothers were next to them, the same thing happened in their brains when they stopped at lights.

Quality rules: For all those mothers who don’t think they spend enough time with their kids, cut yourself a break. Research published in the April issue of the Journal of Marriage and Family says the quantity of time parents spend with their children doesn’t make much of a difference in how they turn out, particularly during what would seem to be an mpressionable period between ages three and 11. The quantity of parent-child time matters a bit more with teenagers—more one-on-one time can help adolescents stay out of trouble. But overall, the researchers suggest that it’s all about the quality of that time spent together. What makes a big difference, they say, is how warm and affectionate mom is.

Listen to your mother: It’s long been believed that a mother who talks to her baby before it’s born can help the child’s development. Now a study at Brigham and Women’s Hospital in Boston suggests that a mother’s heartbeat and the sound of her voice can actually help the baby’s brain grow. The scientists studied 40 babies born eight to 15 weeks premature—infants who spent most of their time alone in an incubator and not with their mothers. But, using tiny speakers in the incubators, they exposed half the babies to the sounds of their mothers’ voices and heartbeats for three hours every day.  And, according to the study, published in Proceedings of the National Academy of Sciences, the babies who heard those mama sounds developed significantly larger auditory cortex, the hearing center of the brain.

Mom hearing:  Why is it that mothers always seem to be able to hear their babies cry before anyone else does? It appears to have to do with oxytocin, also known as the “cuddle hormone.” Scientists at New York University say that as oxytocin surges in a mother’s brain after childbirth, it actually changes the way auditory signals are processed and makes her brain more sensitive to the sound of her baby’s cries. Not only did the researchers find that to be the case with mother mice, but even when virgin mice were given oxytocin, they started to act like moms, responding to the cries of baby mice and even carrying them back to the nest.

A matter of degrees: More highly educated women—those with a master’s degree or higher—are becoming moms than was the case 20 years ago. A new report from the Pew Research Center concludes that one out of five women between 40 and 44 years of age who have graduate degrees now choose to remain childless, compared to 30 percent of those women in 1994. Overall, childlessness among American women between 40 and 44, regardless of education, is at its lowest point in a decade. One big factor, according to the researchers, is that during the past 20 years, more women have risen into management positions and that has helped change attitudes about balancing work and family.

Don’t be so bossy: Kids tend to have warmer feelings about mothers who respect their autonomy and don’t try to control them too much. So say researchers at the University of Missouri, who found, in a study of 2,000 moms and their children, that mothers who tightly controlled the activities of their children when they were toddlers often continued to behave that way when the child was in the 5th grade. When those kids became adolescents, they were less likely to want to engage with their moms. Said Jean Ipsa, one of the study’s authors, “We found that mothers who supported their children’s autonomy were regarded more positively by their children than mothers who were highly directive.”

It’s complicated: It may not seem fair to blame moms for sexual problems their sons have later in life, but a team of researchers in Prague went there.  Based on a study of 960 Czech men, they concluded that men who had a bad relationship with their mothers when they were children were more likely to also report that as adults they suffered from erectile dysfunction and other sexual problems. The researchers did acknowledge that they didn’t find a direct cause and effect.

Thanks for sharing: Children start learning fear early in their lives, taking cues from the odor of their mothers. In a paper published in the Proceedings of the National Academy of Sciences, researchers from the University of Michigan and New York University reported on what they observed in mother and baby rats. The mothers had learned to fear the smell of peppermint, and they “taught” this fear to their babies through the alarm odor released when they sensed a peppermint smell. Explained neuroscientist Jacek Debiec, who led the research: “Before they can even make their own experiences, babies basically acquire their mothers’ experiences.”

A little math with your dinner: Young kids whose mothers talk to them about math at home, particularly during meals, tend to develop better math skills. A study at the University of Michigan and the Pontificia Universidad Catolica de Chile found that when moms did more than teach counting to their kids—say, they talked about measurements in recipes or counted money with them—those children generally developed math skills at a younger age. The researchers suggested that those kind of interactions helped kids better understand math concepts, such as number comparisons.

Happy BFF Day!: How times have changed. Based on a national telephone survey of 1,000 Millennials done earlier this year by the Benenson Strategy Group, more than half of those young adults—55 percent—said they consider one of their parents to be their best friend. Usually, it was mom.