Connect to the Enduring Power and Influence of Sisterhood

By Jalaja Bonheim, PhD: Do you often feel isolated, invisible and unheard? If so, you’re not alone. Forty percent of Americans report feeling lonely. 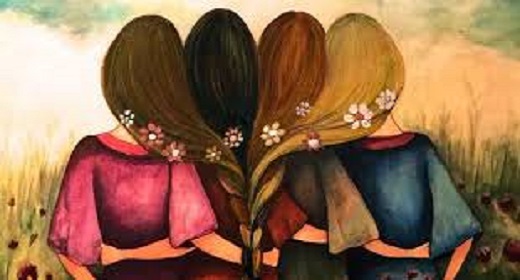 And, according to Vivek Murthy, the former U.S. Surgeon General, loneliness isn’t just emotionally painful — it’s a health epidemic that poses a greater threat than obesity or smoking.

Isolation is not only bad for our health, it’s also disempowering — especially for women. I work with women leaders from all continents, and without exception, I’ve found that to step into their full power, they need the support of other women. Without sisterhood, we can’t really know who we are.

Today, women are rising up everywhere and speaking out, both on their own behalf and on behalf of future generations. This is a development we should all celebrate and support, for when women thrive, everyone benefits. Yet the sad truth is that many women don’t have a voice.

For over three decades, I’ve been leading circle gatherings for women from around the world — India and Afghanistan, Israel and Palestine, Germany and Norway, Australia and Kenya. These women are immensely courageous, wise and dedicated. Yet often, they lack confidence in their own value and in the value of their contribution.

For many, what they experience within the safe haven of the circle is life-changing. Jessie, who is today a strong community activist, recalls how, during her childhood, nobody ever listened to her. And so she clammed up. “Because I wasn’t being heard, I stopped trying to express myself.”

But when Jessie joined a training circle, she discovered that other women actually wanted to hear her thoughts. Laughing, she says, “One day, while I was talking in the circle, I realized they were all listening to me… In a way it was paralyzing and overwhelming. At the same time it was also enormously healing. It was the first time I’d ever experienced deep listening.”

When Jessie realized that, in the circle, people were truly paying attention to her, she thought, “I guess I’d better take myself seriously, too.” She says:

After practicing in the circle, I gradually became able to speak that way outside of the circle, too. Instead of expecting others to lose interest, I learned to wait until I had something to say, and then say it with the conviction that it had value. This is huge for me because it’s allowed me to claim my voice in the world… I’m not afraid of showing up. 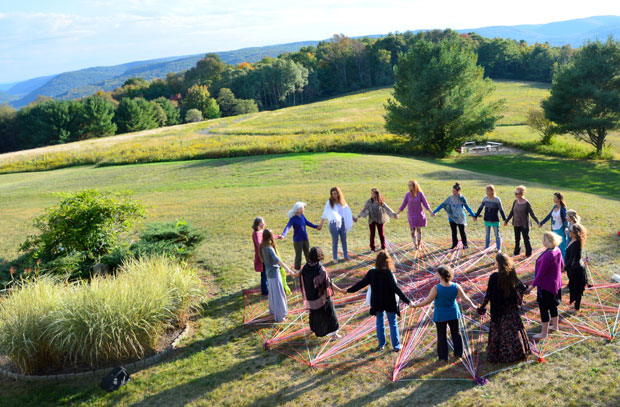 Leading circles for women from every corner of the planet has taught me that women have a natural, intuitive knowledge of how to empower each other. Patriarchy often warps their desire to do so by teaching them to view other women as competitors, be it for sexual attention or for career success. But intuitively, most women embrace the joy of celebrating together, supporting one another and helping each other blossom and flourish. We understand that we’re ultimately one. Another’s healing helps us heal, another’s success helps us succeed.

Every time a woman finds her voice in the circle, I rejoice, not only for her sake, but for all of us. We need to speak out on behalf of the earth and of future generations. But for this to happen, we need support. We’re amazed by the courage of a girl like Malala Yousafzai from Pakistan, who stood up to the Taliban and refused to be silenced. Today, millions of potential Malalas have yet to receive the support that allowed Malala to become a powerful voice for women’s rights. With the support of skillfully facilitated circles, millions of women can reclaim their voice and their power. Our world would be a better place for it.

Create a Circle of Sisterhood

Use this simple practice to strengthen your sense of connection to your sisters around the world.

Every step you take towards healing benefits your sisters, too. Send them a blessing, and feel them blessing you in return. 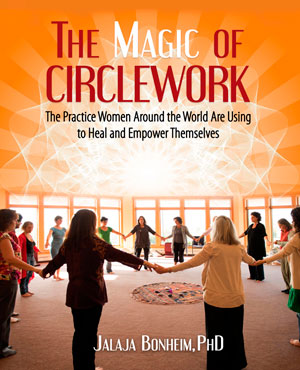 JALAJA BONHEIM, Ph.D. is an internationally acclaimed speaker, an award winning author and one of the world’s foremost experts in the use of circle gatherings as a tool for healing and empowering women. She is founder of the Institute for Circlework and has trained hundreds of Circlework leaders from around the world, including the Middle East, where her circles unite Jewish and Palestinian women. Her new book, The Magic of Circlework: The Practice Women from Around the World Are Using to Heal and Empower Themselves, reveals the concepts and tools that make Circlework such a magical experience. Learn more at www.magicofcirclework.com and www.jalajabonheim.com.