Elon Musk++, the founder of Tesla and SpaceX, appeared at the SXSW conference this year for a surprise Q&A session…

With all of Musk’s successes lateley, including the recent launch of the Falcon Heavy rocket, the arena was packed.

co-creator Jonathan Nolan, talked about his goals for SpaceX and the future of interstellar travel. Audience members submitted questions on a private network, and the first asked how everyday people could help get humans to Mars. Musk’s answer essentially boiled down to “I appreciate your support, but I got this.”

“[W]e are building the first Mars, or interplanetary ship, and I think we’ll be able to do short trips, flights by first half of next year,” Musk said. After that, however, he quickly added his own disclaimer: “Although sometimes, my timelines are a little, you know…” he told a laughing audience.

Though Musk has his hand in many industries including, transportation, energy, artificial intelligence and space, interplanetary travel was the focus of the conversation. Nolan introduced the Falcon Heavy & Starman video that hit YouTube over the weekend (see below), highlighting the recent, successful Falcon Heavy launch that put a Tesla in space. 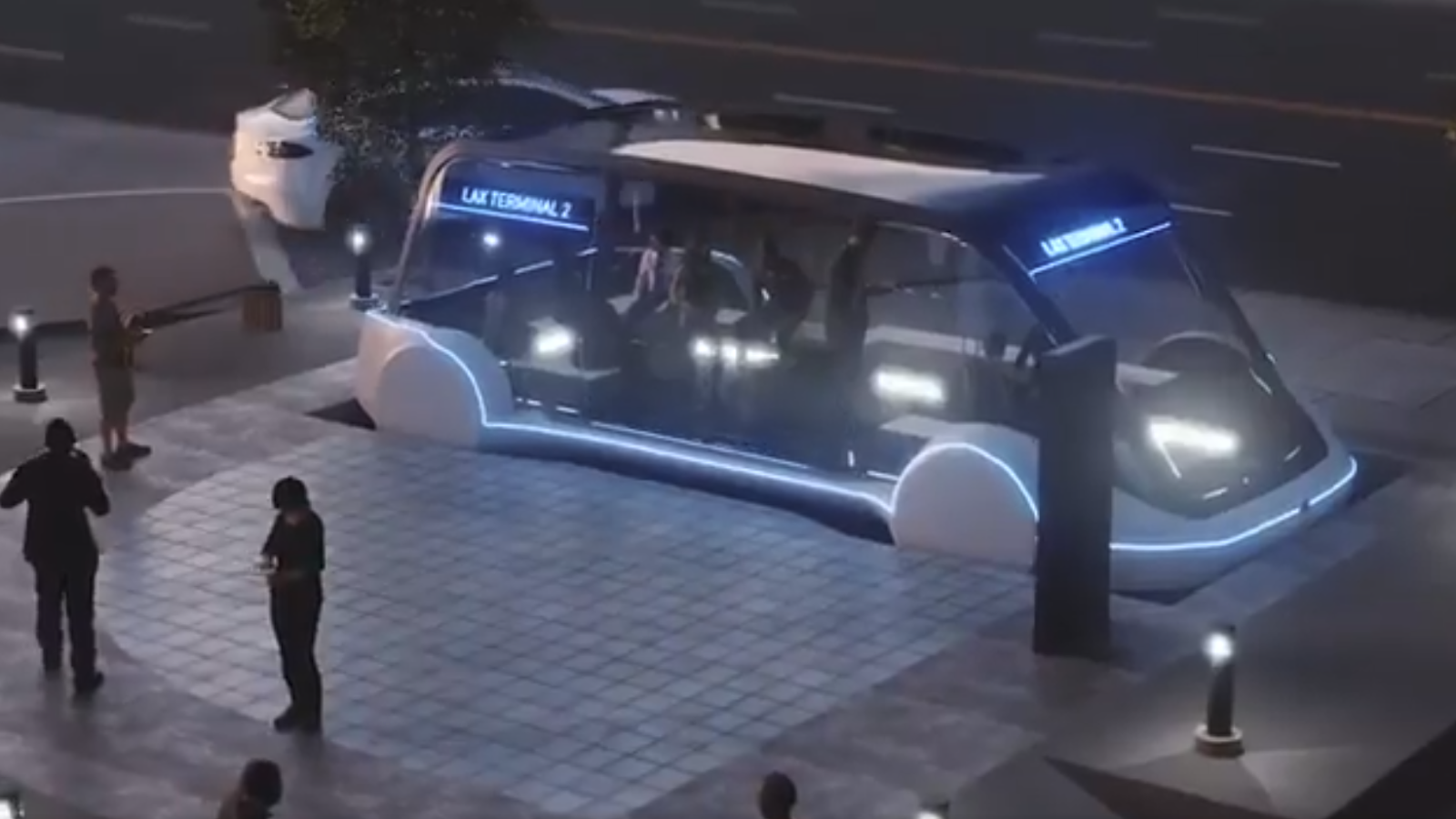 The presentation also featured a new concept video for Musk’s Boring Company, showing the incorporation of self-driving Hyperloop vehicles into the newly developing tunnel-based ecosystem.”Will still transport cars, but only after all personalized mass transit needs are met. It’s a matter of courtesy & fairness. If someone can’t afford a car, they should go first,” he recently tweeted.

For Musk, and SpaceX, Mars is the big goal (and a key reason, we believe why he is also working on tunnel technology).

“It’s important to get a self-sustaining base on Mars because it’s far enough away from Earth that it’s more likely to survive than a moon base” in the event of a war, said Musk. “If there’s a third world war we want to make sure there’s enough of a seed of human civilization somewhere else to bring it back and shorten the length of the dark ages,” he explained.

Musk and Nolan’s onstage talk was casual and meandering, littered with tidbits about Musk’s work habits, his plans for the future and the more terrifying realities of artificial intelligence.

He again called for the need to work on the development of safe AI.

“Mark my words: AI is much more dangerous than nukes.”

“I’m very close to the cutting edge in AI,” Musk said, and that seems to both excite and scare him. “It’s capable of vastly more than almost anyone knows, and the rate of improvement is exponential,” he explained, using AlphaGo’s history of learning as an example. “Mark my words: AI is much more dangerous than nukes,” Musk warned, adding that there should be a “regulatory oversight” for the technology.

“We have to ensure that the advent of digital super-intelligence is one which is symbiotic with humanity,” Musk said. “I think that’s the single, biggest existential crisis that we face — and the most pressing one.”