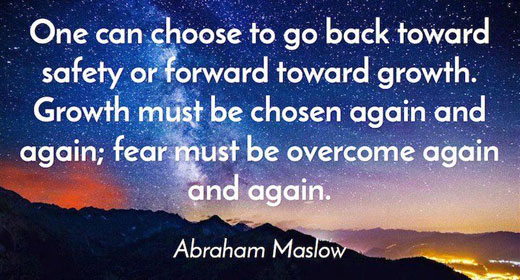 management training, and personal development. Indeed, Maslow’s ideas surrounding the Hierarchy of Needs concerning the responsibility of employers to provide a workplace environment that encourages and enables employees to fulfil their own unique potential (self-actualization) are today more relevant than ever. Abraham Maslow’s book Motivation and Personality, published in 1954 (second edition 1970) introduced the Hierarchy of Needs, and Maslow extended his ideas in other work, notably his later book Toward A Psychology Of Being, a significant and relevant commentary, which has been revised in recent times by Richard Lowry, who is in his own right a leading academic in the field of motivational psychology. 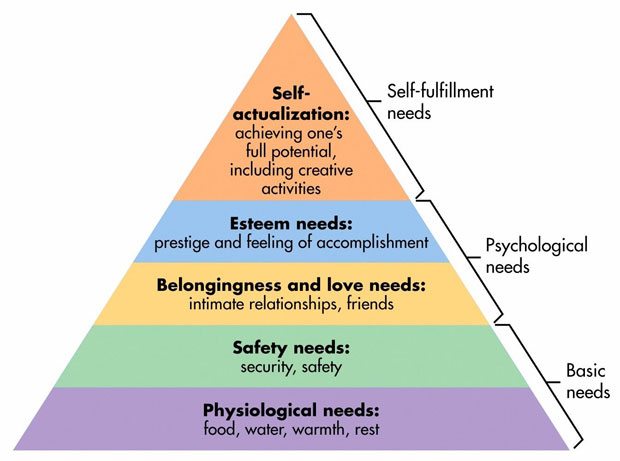 Abraham Maslow was born in New York in 1908 and died in 1970, although various publications appear in Maslow’s name in later years. Maslow’s PhD in psychology in 1934 at the University of Wisconsin formed the basis of his motivational research, initially studying rhesus monkeys. Maslow later moved to New York’s Brooklyn College.

The Maslow’s Hierarchy of Needs five-stage model below (structure and terminology – not the precise pyramid diagram itself) is clearly and directly attributable to Maslow; later versions of the theory with added motivational stages are not so clearly attributable to Maslow. These extended models have instead been inferred by others from Maslow’s work. Specifically Maslow refers to the needs Cognitive, Aesthetic and Transcendence (subsequently shown as distinct needs levels in some interpretations of his theory) as additional aspects of motivation, but not as distinct levels in the Hierarchy of Needs.

There have been very many interpretations of Maslow’s Hierarchy of Needs in the form of pyramid diagrams. Interestingly in Maslow’s book Motivation and Personality, which first introduced the Hierarchy of Needs, there is not a pyramid to be seen.