by Anodea Judith, Ph.D.: I often describe myself as a bus driver on the Rainbow Bridge. 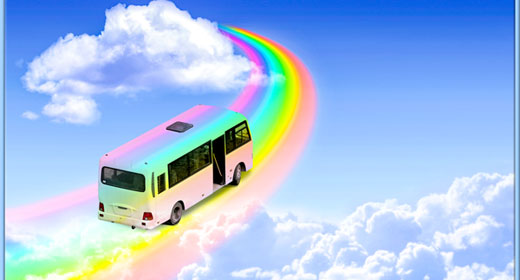 This glorious bridge is a metaphor for the column of energy that connects Heaven and Earth through the core of each one of us. How did I find my way to this Rainbow Path, people often ask. For those who care to know, this article is my attempt to describe the many parallel twists and turns that led me where I am today.

It wasn’t like I had a rude awakening from the straight world – it seems like I have always lived in these realms. I have been a student of spirituality, psychology, and metaphysics since I was old enough to read. I remember at 3 years old, asking questions about the soul and why we were here, at 12 years old being a therapist for my parent’s dissolving marriage, and teaching classes in yoga and meditation in my early 20’s, even when I lived in the woods, off the grid, in a small hut.

I had attended two years of college at Clark University in Worcester, MA, as a Psychology major, and was disillusioned with what they were teaching: Behaviorism, Statistics, and Psychological Testing, as a way to understand the soul. I knew there was more to learn and set out to find it. I left the east coast in 1973 and moved to California, entering, of all things, art school, at California College of Arts and Crafts in Oakland.

Visual art is certainly my first love. After a short time in art school I began painting environmental murals, with trompe l’oeil landscapes that made the walls disappear as a symbol of making the walls in our psyches disappear as well. It wasn’t long before I was painting the energy fields around people as well, especially the chakras, a word I first discovered in 1975 in a book by Ram Dass, The Only Dance There Is. 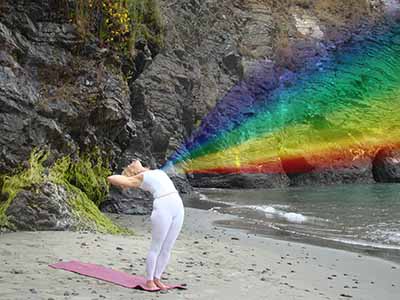 I discovered that the quality of my painting had to do with my internal state. In 1975 I set upon a period of purification, quitting my bad habits at the time (coffee, meat, even occasional cigarettes!) and started studying and teaching yoga. Not that I was qualified to teach way back then, according to today’s standards, but there were few teacher training programs as we know them today, and I took to yoga like a duck to water, feeling I understood it intrinsically from the start.

My classes were organized by the chakras. Standing poses to solidify our ground, hip openers to free the sacrum, strength builders for our power, chest openers and pranayama for the heart, chanting for the throat, and visualization and meditation for chakras six and seven. They were immediately popular. My long time friend and Sacred Centers co-teacher Selene Vega, asked me to write a series of articles for a small journal she published, called Pentalpha. These articles were the beginning of the now classic book, Wheels of Life, first published by Llewellyn in 1987, when there were almost no contemporary books on the chakras.

At the time I was a body worker and yoga teacher, working with the Radical Therapy community in Berkeley, California to find new ways of awakening consciousness and healing individuals and culture. I saw clearly at that time that personal issues were a result of larger social systems, such as sexism, racism, classism, and all the other isms that unbalance power and create separation.

My personal interest was how to bring the body back into the field of psychology and spirituality. (I was in and out of schools over the next decades, studying psychology, until I got my M.A. in 1989 and completed my Ph.D. in 1999.) As a student in psychology I was very aware that this field called “mental health” had little to do with the body, our physical or social environment, nor the realm of spirit. I saw how spirituality often disregarded the wounds of the psyche and bypassed important healing, often with disastrous results. I felt that the interpretation of the chakra system that denied the lower chakras in order to reach the upper chakras was somehow misguided and contrary to our basic nature. Why are we given seven chakras if we only need the upper three or four? 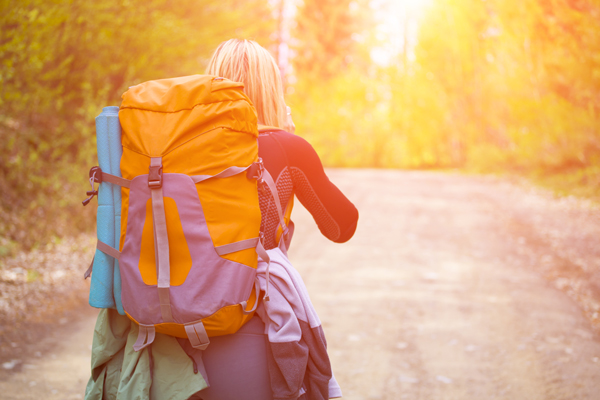 I left civilization in 1977 and lived off the grid in northern California to ponder these questions. Living alone on a mountaintop, a mile uphill from the nearest dirt road, I worked with the elements earth, water, fire, air, sound, light, and thought on a daily basis. Through this study, the elegant genius of the chakra system became apparent. This was a formula for wholeness, not just a way to deny the body. Earth and water are necessary for our roots to grow deep, while air and sun pull things upward toward the light. Everything vibrates in a symphonic chorus of life, shimmering with shri or light, in a grand field of divine consciousness that is ever unfolding. This was my spiritual vision of the glorious Rainbow Bridge through the center of the Self that connects heaven and earth on a logical continuum. This was the map for the journey of awakening.

Living on the mountain was spiritually rewarding but financially difficult. It’s hard to find paid work when you have no phone or address and there’s always mud on your boots. Eventually I came back down to the city, went back to graduate school, and simultaneously studied at Berkeley Psychic Institute, where they were teaching clairvoyant programs to read and balance the chakras.

Though I didn’t agree with all of their teachings, they were simple and methodical. I began reading chakras at new age fairs and in private practice, and began to see the patterns that paraded through my office. The wounds to the lower chakras were common: physical and sexual abuse, oppressive power dynamics, betrayal of the heart. The upper chakras in most people were waiting for the foundation below them to be strong enough to support their opening.

Selene Vega and I began co-teaching the 9-month Chakra Intensive, the class that became the workbook, The Sevenfold Journey. This class has been taught every year in some form or another since 1985, and is now a one-week intensive called, Psychology of the Chakras.

A bad case of Lyme disease, undiagnosed for five years, had nearly crippled my hands. I could no longer do body work, but went back to school to get my Masters in Psychology and became a practicing psychotherapist. Ten years of private practice provided the material forEastern Body, Western Mind, the book that marries the chakra system to Western psychology and has become a common text in healing programs around the world.

Fifteen years ago, as my son, Alex, (the youngest of 4 – the other three being stepchildren) was growing old enough to tolerate my travels, I took to the road, teaching workshops across the US, in Europe, Central America, Canada, and finally India in 2008. By the time Alex was old enough to go to college, he wanted to study computer animation. Together we created the award-winning video, The Illuminated Chakras. The 20 months we spent working closely on that film were precious to me. He began at age 19 and was 21 when we finished. Little did I know it would translate into 6 additional languages, and become such a widely acclaimed hit round the world.

Along the way there were many experiences and trainings I gathered in my basket. For 20 years I was involved in a land based Pagan community, called Church of All Worlds. For ten of those years, I served as its President and High Priestess, running a land sanctuary, co-publishing a magazine, and developing its training curriculum, at that time, called Lifeways.

I took yoga trainings, finally getting a bona fide teaching credential in the early 90’s from Joseph LePage. I studied Anusara with John Friend, Iyengar with local teachers, bioenergetics and healing with various teachers, Trauma work with Peter Levine. I became certified in hypnotherapy, Avatar, Reiki, Acupressure, and studied as many modalities of human transformation as I could. 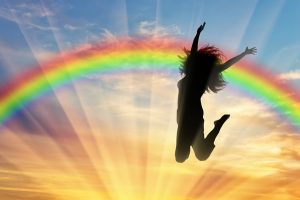 As the environmental situation continued to worsen, I became deeply concerned, and that became increasingly urgent, especially during the Bush years and our ill-fated sojourn into Iraq. My long researched book,Waking the Global Heart, finally addressed the linkage to our social systems and collective beliefs, as well as their historical counterparts, and I could put the chakras into a historical context, with the clear realization that we were moving collectively from third chakra to fourth, or from the Love of Power to the Power of Love. I was thrilled to win two literary awards for this book in 2007 and still feel it is my most valuable contribution.

All this lead me to where I am today: founder and director of Sacred Centers, whose focus is now to train others on this path, for the restoration of the sacred into our world again. This sacred path exists both within and around us. It dwells within as divine radiance, and without, wherever two or more are gathered together.

My goal is to reawaken the Rainbow Bridge and restore humans to their divine core, so that we can ascend from third chakra to fourth, as the initiates of the next era of civilization. Our work is to become whole once again, mind and body connected through sacred realm of spirit. The future could be glorious or disastrous. It’s up to those of us alive today to awaken.