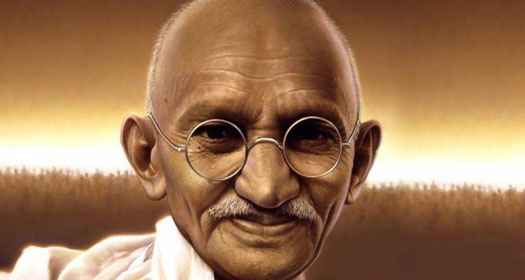 When I received the invitation to be present at this meeting, I need not tell you how pleased I was, because it revived old memories and recollections of pleasant friendships formed with vegetarians. I feel especially honoured to find on my right Mr. Henry Salt. It was Mr. Salt’s book. A Plea for Vegetarianism, which showed me why, apart from a hereditary habit, and a part from my adherence to a vow administered to me by my mother, it was right to be a vegetarian. He showed me why it was a moral duty incumbent on vegetarians not to live upon fellow-animals. It is, therefore, a matter of additional pleasure to me that I find Mr. Salt in our midst.

I do not propose to take up your time by giving you my various experiences of vegetarianism, nor do I want to tell you something of the great difficulty that faced me in London itself in remaining staunch to vegetarianism, but I would like to share with you some of the thoughts that have developed in me in connection with vegetarianisms. Forty years ago I used to mix freely with vegetarians. There was that time hardly a vegetarian restaurant in London that I had not visited. I made it a point, out of curiosity, and to study at that time hardly a vegetarian restaurant in London, to visit every one of them.

Then vegetarians had a habit of taking of nothing but food and nothing but disease. I feel that is the worst way of going about the business. I notice also that it is those persons who become vegetarians because they are suffering form some disease or other that is from purely the health point of view. It is those persons who largely fall back. I discovered that for remaining staunch to vegetarianism a man requires a moral basis.

For me that was a great discovery in my search after truth. At an early age in the course of my experiments, I found that a selfish basis would not serve the purpose of taking a man higher and higher along the paths of evolution. What was required was an altruistic purpose. I found also that health was by no means the monopoly of vegetarians. I found many people having no bias one way or the other, and that non-vegetarians were able to show, generally speaking, good health. I also found that several vegetarians found it impossible to remain vegetarians because they had made food a fetish and because they thought that by becoming vegetarians they could eat as much lentils, haricot beans, and cheese as they liked. Of course those people could not possibly keep their health.

Observing along these lines, I saw that a man should eat sparingly and now and then fast. No man or woman really ate sparingly or consumed just that quantity which the body requires and no more. We easily fall a prey to the temptations of the palate, and therefore when thing taste delicious we do not mind taking a morsel or two more. But you cannot keep health under those circumstances.

Therefore I discovered that in order to keep health, no matter what you ate, it was necessary to cut down the quantity of your food, and reduce the number of meals. Becomes moderate; err on the side of less, rather than on the side of more. When I invite friends to share their meals with me I never press them to take anything except only what they require. On the contrary, I tell them not to take a thing if they do not want to.

What I want to bring to your notice is that vegetarians need to be tolerant if they want to convert others to vegetarianism. Adopt a little humility. We should appeal to the moral sense of the people who do not see eye to eye with us. If a vegetarian became ill, and a doctor prescribed beef-tea, then I would not call him a vegetarian. A vegetarian is made of sterner stuff. Why? Because it is for the building of the spirit and not of the body. Man is more than meat. It is the spirit in man for which we are concerned.

Therefore vegetarians should have that moral basis that a man was not born carnivorous animal, but born to live on the fruits and herbs that the earth grows. I know we must all err. I would give up milk if I could, but I cannot. I have made that experiment times without number I could not after a serious illness, regain my strength unless I went back to milk. That has been the tragedy of my life. But the basis of my vegetarianism is not physical, but moral if anybody said that I should die if I did not take beef tea of mutton, even under medical advice, I would prefer death. That is the basis of my vegetarianism. I would love to think that all of us who called ourselves vegetarians should have that basis.

There were thousands of meat-eaters who did not stay meat-eaters. There must be a definite reason for our making that change in our lives, for our adopting habits and customs different from society, even though sometimes that change may offend those nearest and dearest to us. Not for the world should you sacrifice a moral principle.

Therefore the only basis for having a vegetarian society and proclaiming a vegetarian principle is, and must be, a moral one. I am not to tell you as I see and wander about the world, that vegetarian, on the whole, enjoy much better health than meat-eaters. I belong to a country which is predominantly vegetarian by habit or necessity. Therefore I cannot testify that shows much greater endurance, much greater courage, or much greater exemption from disease. Because it is a peculiar, personal thing. It requires obedience, and scrupulous obedience, to all the laws of hygiene.

Therefore, I think that what vegetarians should do is not to emphasize the physical consequences of vegetarianism, but to explore the moral consequences. While we have not yet forgotten that we share many things in common with the beast, we do not sufficiently realize that there are certain things which differentiate us from the beast. Of course, we have vegetarians in the cow and the bull which are better vegetarians than we are but there is something much higher which calls us to vegetarianism.

Therefore, I thought that, during the few minutes which I give myself the privilege of addressing you. I would just emphasize the moral basis of vegetarianism. And I would say that I have found from my own experience, and the experience of thousands of friends and companions, that they find satisfaction, so far as vegetarianism is concerned, from the moral basis they have chosen for sustaining vegetarianism.

In conclusion, I think you all for coming here and allowing me to see vegetarian face to face. I cannot say I used to meet you forty or forty-two years ago. I suppose the faces of the London Vegetarian Society have changed. There are very few members who, like Mr. Salt, can claim association with the Society extending over forty years. Lastly, I would like you, if you wan to, to ask me any questions, for I am a your disposal for a few minutes.

(Gandhiji was then asked to give his reasons for limiting his daily diet to five articles only, and he replied:)

That has no connection with vegetarianism. There was another reason. I had been a pampered child of nature. I had acquired then that notoriety that when I was invited to friends, they placed before me ample dishes of food. I told them I had come there to serve, and, personally, I should find myself dying by inches if I allowed myself to be pampered like that. So, in limiting myself to five ingredients of food, I served a double purpose. And I must finish all my eating before sundown. I have been saved many pitfalls by that.

There are many discoveries about that in regard to health reasons. Dietists are saying that we are more and more tending towards simplifying diet, and that if one must live for health one must have one thing at a time and avoid harmful combination. I like the process of exclusion better than that of inclusion, because no two doctors have the same opinion.

Then, I think the restriction to five articles of food has helped me morally and materially materially because, in a poor country like India it is not always possible to procure goat’s milk, and it is a hard thing to produce fruit and grapes. Then, I go to visit poor people, and if I expected hot-house grapes, they would banish me. So, by restricting myself to five articles o ffood, it also serves the law of economy.
Harijan, 20-2-1919