by Arjuna Ardagh: Many people may wonder: Does this process of Awakening Coaching lead to Enlightenment? 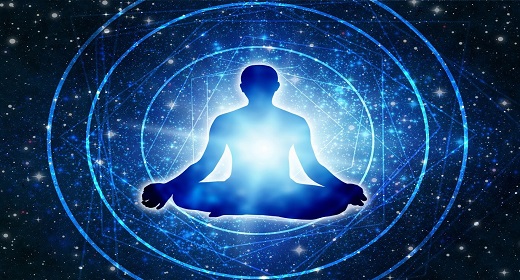 Before we can answer this question, we have to have some reference for what this word “Enlightenment” means. It has been used quite freely in English in the last forty years or so, generally to refer to some kind of absolute state of arrival: the final destination in the journey of evolution.

I have had an opportunity to talk to many people over the years about this word, and I can report to you that there is no shared agreement at all about its meaning, or about who would qualify as “Enlightened.” Since not everyone agrees about what the word means, or even if it means anything at all, we have to accept that it is a concept to which we can attribute whatever meaning we choose.

The important thing about concepts is not so much whether they are true or false, but what effect they have on our lives. What happens to the quality of your life in this moment if you install the “Enlightenment” plug-in into your belief systems?

People often pin this word on to certain predictable figures, either living or dead. In recent years some of the recipients of this projection have been Maharishi Mahesh Yogi, Bhagwan Rajneesh (Osho), Amrit Desai, Werner Erhard, Baba Muktananda, and many more.

One possible outcome of pinning this word onto another human being is that when they turn out to have some very human characteristics, we feel disappointed and betrayed. There have been many teachers from the Orient in recent years whose followers have put them on a pedestal. Then later it was discovered that the teacher was preaching celibacy but actually having sex with underage girls. Or the teacher was presented as a monk with no possessions, but was actually amassing money in Swiss bank accounts. There have been all sorts of discrepancies like this. The teacher only falls because they were set up above the human condition. You have to put somebody on a pedestal in order for them to fall off. This is one consequence of the “Enlightenment” myth.

We also can explore what this concept does to the quality of this moment. Generally, when most people speak of “Enlightenment,” they speak of a future state, or the state of another person. “Just now, I’m not Enlightened, but in the future, or that person up on that podium there, that is Enlightenment.” What does that do to your experience of the present moment? If you hold a concept of a better future, or of somebody who is better than you up on a podium, what does it do to your experience of now? To your capacity to love?

If you make your life about getting to be “Enlightened” later, then your attention is not on what is going on here in your life now. It can easily become another kind of ambition.

Recently, I took a train from Vienna to Munich.

It is a spectacularly beautiful ride, through the Austrian countryside. My organizer had bought a Second Class ticket for me. Everything was perfectly good. I had a table in front of me. There was a place to recharge the computer; the dining car was nearby. Everything was fine. Then I went to look for the bathroom. I stepped into the next carriage, and I found myself in First Class. The seats were leather and reclined a little more. “Looks good,” I thought. I asked the conductor how much extra I would have to pay to sit here. 40 Euros more. Not bad. Then I walked a little further down the carriage. I found a private compartment. This was not just First Class, it was VIP Business Class. You get your own little light; the seat reclines all the way back. “Fantastic! I have to sit here.”

As I was standing in the Business Class compartment of this Austrian train, thinking how fantastic this could be for me, I stopped. “Arjuna,” I said to myself. “It is perfectly fine where you already are. It will make no difference to your enjoyment of the ride to sit here. The views of the mountains are already stunning.” I went back to my seat in Second Class and thoroughly enjoyed my train journey.

The possibility is not that you fulfill the fantasy of the upgrade, but that you go back to your seat and enjoy the ride of your human life. We are not talking here about an idea of Enlightenment, or about becoming better in any way. Awakening is different from that. It means to really see things as they already are. Not to upgrade, but to recognize that this moment is already perfect. What can you see just now? What can you hear? Who is close to you? Who could you reach out and touch or kiss? There are so many blessings, so easily overlooked in the stampede for more, and different, and better.

This moment is already perfect as it is; it does not have to change. It is being experienced by consciousness, which also doesn’t have to change, because it cannot change. It is infinite. For the shift we are talking about, we use the word “awakening.” It ends with “I–N–G.” A moment of awakening is always now, and now, and now. No brownie points are awarded, no certificate is issued. When we put “E–D” at the end of a word, like “EnlightenED,” it becomes about a state; it refers to a moment of graduation, an event in time. “Back in 1991 I became Enlightened.” Congratulations. But what about now? This moment is a moment of awakening. Only this moment: all else has been forgotten.

So awakening is not the same as “Enlightenment.” It needs no fancy capital letter at the start. It is part of ordinary life. It needs no pedestal. I have done a lot of research on this over the last twenty years. When people fall into awakening in the way that we are describing here, into a recognition of that which is experiencing this moment, the word “Enlightenment” just evaporates; it has no meaning, in either the present or the future. If you ask someone, while they are resting as spaciousness, “Are you enlightened?” they generally just laugh. It doesn’t mean anything. If you ask, “Are you trying to become enlightened?” they laugh again.

You might know my 2005 book, The Translucent Revolution. I asked everybody I interviewed these same questions: “Are you enlightened? Are you trying to become enlightened?” Out of the 170 people I interviewed, nobody said “yes.” They either laughed and said, “I don’t even know what that means,” or they laughed and said, “No.” People were neither claiming it as a present state, nor seeking it as a future state.

People who taste awakening cancel their subscription to this concept. They cancel their subscription to this idea of trying to make this human being perfect. Awakening means not only to drop into a recognition of the awareness that is experiencing this moment, but also to drop into an easygoing acceptance of the way this human animal is, which may be in some ways imperfect. It may have its health issues, it may become forgetful as it gets older, it may be irritable, it may have cravings for things, it has its desires. There might be some interest in training it to behave in an acceptable way, one that is more pleasant to other people; but to try to make this animal perfect is dropped as an unnecessary effort.