Is This The Spaceship That Will Take Us To Mars?

Elon Musk recently shared a photo of a tooling that will be used to make carbon-fiber composites for the upper stage, of the SpaceX BFR spaceship… 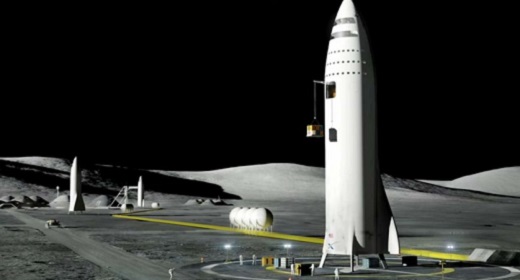 The image, which the CEO shared on Instagram appears to be a mandrel, or mold, around which carbon fiber is wound for the main body of the spaceship.

The apparent carbon fiber tooling appears to have been delivered to a large tent in the Port of Los Angeles where SpaceX is building its BFR factory. The company intends to manufacture the BFR components beside the water, near its Hawthorne-based headquarters, for easy shipping to test sites and launch pads.

Once complete, the BFR (which stands for “Big ‘effen’ Rocket”),will stand 106 meters tall and have the capability to lift 150 tons to low-Earth orbit under its fully reusable mode.
>Musk said in 2017, the spacecraft for which this tooling was made has a diameter of 9 meters and encompasses six engines, propellant tanks, and a large payload area that could carry many satellites into space or carry people to Mars.

The proposed BFS has a pressurized volume of 825 cubic meters, which is only about 100 meters less than the entire interior volume of the International Space Station.
>With the BFR as a delivery vehicle, the BFS spaceship, will accommodate  approximately 100 passengers at a time. The BFR will also incorporate a rocket, which will feature 31 Raptor engines and be capable of lofting 150 tons (136 metric tons) to low Earth orbit.
The BFR rocket-spaceship combo will stand 348 feet (106 m) tall when stacked together, Musk has said, and both components will be fully reusable. 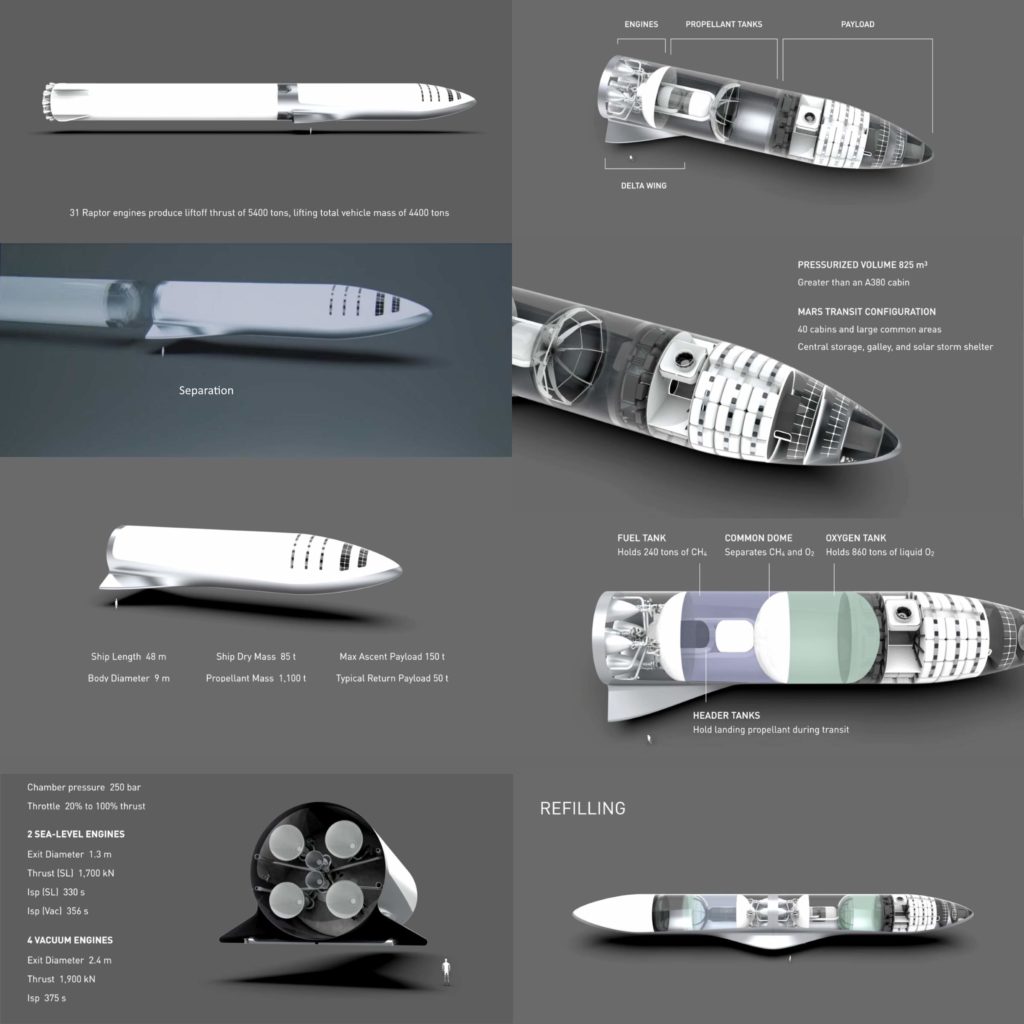 SpaceX has said it plans to use the BFR to help establish a million-person city on Mars, ideally in the next half-century or so. The first crewed Red Planet mission could come in the 2020s.