Mexico Grows As World Leader On Energy Reform And Renewables

by Mary DeFilippe : Mexico’s liberalized energy markets present huge potential for wind and solar. But how do Mexico’s reforms fit into the wider energy picture? 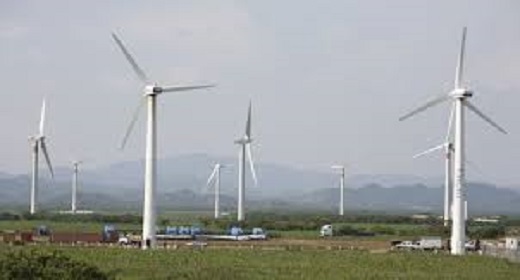 By the end of 2018, Mexico’s oil and gas industry will be completely open to private investment from domestic and foreign companies across the value chain — from oil exploration to gas stations. Since liberalizing its energy markets Mexico has become something of a model for countries that wish to encourage investment, innovation and competition across their energy sectors.

2018 is also the year that Mexico’s market for clean energy certificates (CECs) comes on line: a key plank in the country’s transformative and highly ambitious law on renewable energy. Published in 2012, the law confirmed Mexico’s intention of increasing the amount of electricity generated from clean energy sources, including nuclear energy, to 35 percent by 2024 and to 50 percent by 2050.

To meet its goals, Mexico introduced a system of auctions for energy, capacity and CECs that offer long-term contracts — and consequent stability — for foreign and domestic investors: 15 years in the case of energy and capacity; 20 years for CECs. Notably, the auction system was designed to capture relative values of different generation technologies by both location and production profile. Projects in higher-price areas of the country or that deliver power at peak times can secure higher revenues and more investment through the auctions.

This differentiated auction system is described by the IEA as “one of the most sophisticated procurement mechanisms for renewable energy…” whose reach and scope “represent the most ambitious energy system transformation worldwide in recent years.” Indeed, the IEA considers Mexico’s electricity market reform as “one of the most ambitious, comprehensive and well-developed reforms undertaken in the world since the 1990s.”

Mexico is also notable for the specific generation share allocated to both wind (at 23 percent) and solar power (at 13 percent), although the country is committed to subsidy-free competition between these technologies. Analysts predict that the Mexican market will add around 15 GW of additional solar PV by 2022, easily placing it in the top 10 markets worldwide.

But have the Mexican reforms had any wider impact?  Certainly, the country’s success, its ambitious clean energy targets, fiscal incentives, and legislative stance have placed it among the world leaders in integrating climate change objectives into policy making.

It has inspired other countries in Latin America to adopt similar benchmarks in their own efforts to reduce greenhouse gas emissions. Countries like Argentina

have followed the Mexican example in establishing its own clean energy requirements and revamping sections of its electricity market structures. Along with Chile, both countries are now featured among the top performers in the Ernst & Young renewable energy country attractiveness index.

The pattern of Mexico renewable auctions has also been replicated elsewhere. On the basis of the two first tenders, held in 2016, the auction system has provided an additional boost to both solar and wind energy, at very competitive international prices. Those competitive prices reflect the substantial resources available to Mexico, as home to some of the best solar irradiation in the world, as well as relatively low utility system costs.

But they also represent technological advances that have dramatically improved conversion efficiency of solar panels, as well as wind-farm capacity factors, around the world. In this Mexico is far from unique. Falling prices for solar and wind power also led to new power deals in Denmark, Egypt, India, and the United Arab Emirates, all of which were priced well below both fossil fuel and nuclear alternatives.

More recently, Mexico’s latest auction saw the world’s lowest average price for solar in a regulated auction. That inevitably means exceptionally tight margins for developers. What’s more, natural gas may push prices lower on the open market, depending on how much domestic natural gas or imported gas from the U.S. is in the system. Mexico has already attracted 44 foreign direct investment (FDI) projects worth $13.5 billion from the U.S., Germany and Spain: whether it will continue to be so attractive to private investors and developers remains to be seen.

Mexican law has certainly provided a template for others, and inspired other nations to follow suit. It has demonstrated how thoughtful legislation and liberalization can stimulate the market, and reduces dependence on established fossil fuels.

On the other hand, Mexico has benefitted from a unique geographic and cultural position: able to tap into generation trades and fuel exchanges with its powerful northern neighbor, while maintaining strong ties to its southern partners and their still growing economies. By bringing its extraordinary renewable resources to the open market, it has made at least some contribution to falling prices overall.

Those resources have also enabled it to move away from more conventional renewables like hydro, that have fallen from popularity in large part due to irregular rainfall and environmental concerns around the development of new dams. Less blessed nations may not necessarily be able to follow suit, and so the extent to which the Mexico model can be duplicated is unclear.

But these distinctions apart, what this overview of Mexico’s recent history shows is that the country represents the global industry in microcosm. Liberalized markets mean risks as well as opportunities. They require informed choices, on which everything from the weather to geopolitics and trade tariffs have an impact. They mean moving away from procurement to trading models when making purchasing decisions.

And just as Mexico has created a market template that could be exported elsewhere, it may be that Mexico in turn imports the lessons and the tools of risk management along with its FDIs.