by Alberto Villoldo: For millennia, men and women of wisdom sought to understand the workings of destiny, using various forms of divination to foretell future events or find solutions to problems… 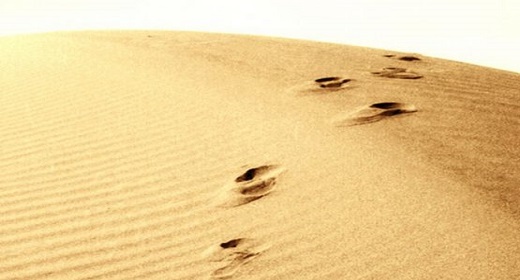 Shamans traditionally used bones, crystals, shells, drums, power animals, and signs found in nature to foresee matters such as the destiny of a newborn child, where to find sources of food and water, or the consequences of tribal decisions.

Other ancient societies relied on a variety of sacred sites and temples dedicated to divination practices. When early Greeks and Romans were troubled by poor health, bad luck, or poverty, for example, they visited the oracles (sometimes a prince, princess, or woman who had vowed to remain a virgin) at these sites to discover the will of the gods, and how to appease them.

Greeks consulted the oracles of Apollo at Delphi, Didyma, and Claros, as well as the oracle of Zeus at Dodona, among others. Romans also favored the oracle at Delphi but had their own oracles such as the goddess Fortuna at Praeneste (modern day Palestrina). Some oracles required professional interpreters to sort out messages delivered in foreign tongues.

In Greece, some oracles were administered by the priesthood, while Roman leaders preferred to exert state control. Divination was not limited to oracles—random objects and people were often appointed as credible fortune tellers, drawing mixed opinions and often, considerable debate.

Later clairvoyants practiced their trade by deciphering the behavior of birds, divining the meaning of dreams, interpreting omens and premonitions, scrying (gazing at crystal ball or still water), pyromancy (divination by fire), scanning the sky for signs, and reading entrails.

While our modern culture tends to look for meaning in the visible, in the realm of things, people in ancient times looked for meaning beyond the visible. Shamans still communicate with the invisible world of Spirit through the use of symbols, understanding that things are not merelay as they appear to be—there is a hidden dimension, and all things have two aspects: essence and matter.

Today, the task of reading the signs of destiny falls upon every one of us. We have the ability to converse directly with Spirit, dialogue with the forces of nature, speak with the great archetypes without intermediaries, and become our own prophets and visionaries.

Created by Alberto Villoldo, Colette Baron-Reid, and Marcela Lobos, the Mystical Shaman Oracle card deck offers a doorway into the realm of sacred symbols shared by all peoples, which are the heart of the collective wisdom of humanity.