5 Simple Ways To Boost Our Intelligence

by Sabrina Stierwalt, PhD: Popular media is full of suggestions on how to improve our brain health and cognition. But can we really boost our intelligence? 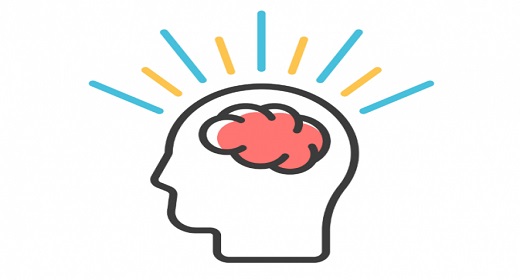 The ‘selfish brain’ theory of evolution describes our brains as taking the energy it needs, typically in the form of glucose, before doling out what remains to the rest of the body. In other words, the brain selfishly prioritizes its own needs which are comparably high.

A recent study from the University of Cambridge put this theory to the test by challenging elite rowers to perform a memory task and a physical rowing task, first separately and then at the same time. Performance in both the memory-related and the physical tasks decreased when the students attempted to accomplish them simultaneously, but their rowing suffered far more than their ability to recall words for the memory task. On average, the participants showed a 30% greater drop in their physical strength than in their cognitive abilities, suggesting the brain does in fact take what it needs first when resources become scarce.

Although the selfish brain theory has been proposed as a possible origin for physical issues like obesity, it may also push back against the idea that we are stuck with an innate level of intelligence. If we can count on our brains to demand our body’s limited resources, can we also count on them to continue to improve even once we’re done growing in adulthood?

A common brain myth is that we only use 10% of our brain. I have certainly heard this statistic and a study from only a few years ago showed that as many as 65% of Americans believe it to be true. However, neurologists at the Mayo Clinic note that throughout the course of the day, we use 100% of our brain with far more than 10% of our brain being used even during sleep.

So how do we improve that brain function? Can we tap into our brain’s greed for resources to boost our intelligence?

5 Ways We Can Boost Our Brain Functions

Let’s explore each tip in a little more depth.

Studies, like those led by Stanford psychology professor Carol Dweck, have shown that a growth mindset is key to improving our cognitive performance. In other words, believing that intelligence is innate and not something we can change, is detrimental to our learning abilities, resulting in a self-reinforcing feedback loop. This result is particularly important at early ages, although it stays with us through adulthood.

Followers of these studies emphasize the importance of praising young learners in ways that frame intelligence as something earned and practiced rather than something innate. For example, I try to remember to tell my child “great job! You worked hard at that!” instead of “you are so smart!” when she accomplishes something clever.

If you are looking for some motivation, Harvard scientists who study neurogenesis, the development of new brain cells called neurons, have found that even in adulthood we build new brain cells in our hippocampus, the area of our brain we use for learning new information, for storing long term memories, and for managing our emotions. So you can, in fact, teach an old dog new tricks.

Unfortunately, the jury is still out on whether playing games like crossword puzzles or Sudoku can make you smarter. However, solving crossword puzzles will make you better at…well, solving crossword puzzles. Although the exact mechanisms at work to improve cognitive performance through repeated practice are still an active area of study, there is no doubt that practice plays a crucial role in learning new skills. However, more evidence is needed before we can be sure that mastery of trained skills translates to untrained skills, or in other words, whether mastering online games will help improve your cognitive abilities elsewhere.

There is a well-established link between brain function and gut hormones derived from the foods we eat. There is also a wealth of research attempting to link certain foods with cognitive ability, many focused on the impact of eating certain foods on the risk of dementia. Although the results in many cases are still mixed, there appear to be positive links between lowering risk of dementia and certain flavonoids or nuts rich in antioxidants, omega-3 fatty acids from fish, and caffeine.

There is also solid evidence that certain types of exercise, like 30-minute moderate intensity aerobic sessions, sprints, and even trampoline jumping, can increase your neuroplasticity, the ability of your brain to change which can be associated with learning new things.

We are consistently advised to sleep more hours at night to improve many aspects of our physical and mental health, and brain function is no exception. Current research suggest that our brain works to consolidate our memories for us, deciding what it wants to keep from our short-term memories made throughout the day and committing those to long-term storage. Even napping may help your memory in the long term. So as hard as it can be in our busy lives, make getting a good rest a priority whenever you can.

Studies dating back more than a decade have repeatedly shown that ingesting certain bacteria may increase your cognitive abilities. For example, in a study out of Sage Colleges of Troy, scientists found that mice that were fed mycobacterium vaccae, a natural bacterium found in dirt, found their way out of a maze twice as fast as their non-dirt-eating counterparts. The same bacterium has also been linked, again in mice, to the growth of new neurons, increased levels of serotonin, and lower levels of anxiety. No need to eat dirt though: we likely ingest this bacterium just by breathing in the air outside.

Of course, there are different ways of defining intelligence. Is it how much you can memorize? Is it the ability to read people and anticipate the emotional responses of others? Is it problem solving or quick thinking? The more scientists learn about the brain, the more we will understand how these different aspects of cognition are related. In the mean time, working to improve our overall brain function through motivation, practice, good health, sleep, and even dirt, offer our best inroads toward boosting our intelligence. You can also check out my earlier episode on how memory works along with tips on how to improve it.