A Shamanic View Of How Ayahuasca & Nature Communicate With Us

by Matthew J. Pallamary: In a shaman’s world view, everything is energy, and for them the word spirit and energy have the exact same meaning… 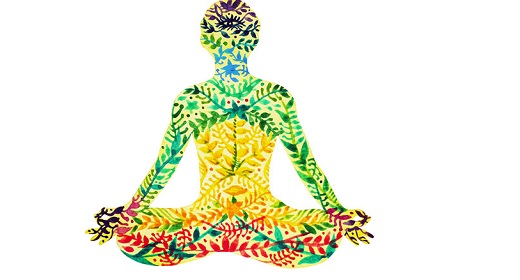 Indigenous knowledge often includes a great deal of practical insight about everything material, for instance, how to use plants for medicine, food or craftsmanship. Their ways of understanding the material universe mix with spiritual and highly meaningful beliefs. Naturally, the way plants and animals communicate with us and with each other is also understood through this mind-body mix. Let me unpack this.

On the level of smell, plants call out to us from a distance by their varied aromas that form the basis for many scents and perfumes that are attractive to humans, often to the point of stimulating a resonance between lovers. Additionally they are used as powerful tools in aromatherapies to induce recall, reinforce powerful emotion, or simply for the calming quality of their fragrances.

Each plant and animal has its own spirit, essence, or energy which can be characterized as its own unique personality

When they affect us in these profound ways, it is because we resonate with them.
On a visual level we are often attracted to them by their stunning beauty, and we display them in our homes and businesses to “brighten things up”. It is a long held tradition to bring roses to a romantic partner to show love and as a traditional courting strategy, and we send flowers to commemorate special land mark human occasions like birth, marriage, and death.

These visual and olfactory cues combine to attract pollinators and other synergistic interactions to spread seeds and enhance other survival strategies aided by other species, and this is only what we see in the frequency spectrums that we normally perceive. Who knows what might be happening in the spectrums that other species can perceive that we cannot?

Similarly, in the vegetable kingdom, as shown in the complex interaction of the olfactory and taste receptors, these characteristics combine to help us identify what is healthy to ingest and aid us.

On vision quests and in visionary states, particularly those encountered on strict shamanic plant diets centered around the ayahuasca brew, people imbibe any number and combination of specialized plants to learn from the spirits of the plants by passing through physical, mental, and spiritual ordeals to prove that they are worthy of the gift of knowledge that the plant spirits have to give them.

The combination of the diet, environment, the plants and other elements affect our brain wave activities and physiologies in a myriad of mysterious ways

Each plant and animal has its own spirit, essence, or energy which can be characterized as its own unique personality in the same way that ayahuasca is universally referred to as “The Mother”. It is also the reason why North American Indians don’t refer to animals as the bear or the coyote. They say Bear or Coyote as they consider them all to be manifesting the entire essence of their spirit in a grouped manner, similar to bees, ants, and other cooperative colonies, and each one has its own unique energy signature that is treated with equal respect, such as the well-known personality of Coyote the Trickster.

When you ingest a particular plant or plants, especially in a specific environment while on a strict cleansing diet, their effects are strongly felt and enhanced, even more so the longer the diet is continued. During that time participants are subject to the energy field of that plant or plants, which all interact with each other and our bodies and minds in different ways.

The combination of the diet, environment, the plants and other elements affect our brain wave activities and physiologies in a myriad of mysterious ways. This includes on physical, psychological, and spiritual levels that we can scarcely comprehend, much less study in any traditional, objective scientific way. The best way to study them is through the subjective perceptions they produce in experiences that often transpire on deep non-rational levels of resonance and synchronization. In this way, the plants act as transmitters in the position of orchestra conductors, and the people as receivers, communicating in ways that defy logic and articulation.

An ayahuasca ceremony is characterized as an individual healing experience in a group setting with much anecdotal evidence supporting sporadic telepathic experiences among participants. The healing circle is referred to as a container to safely hold the energy it generates and attracts so that the participants can be protected while in the vulnerable state necessary for healing.

If a group of people all sat around with their own radios, each tuned to the same station listening to the same song, all of the radios would be playing the same music as one, in sync.

If all of the participants in the healing circle tuned in and resonated at the same frequency or frequencies, there is no reason why they would not have similar shared telepathic events. This learned ability to subject themselves to these diverse natural energies to surrender and discover what mysteries they may reveal puts shamans in the humbling position of being subject to their plant teachers as the conductor transmitters, in spite of the physical or psychological discomfort they may have in the process.

In the Amazon, ayahuasca is often referred to as la purga, because it purges the body and rigorously clears it out through every orifice, including vomiting, defecation, profuse sweating, tear ducts, and the lungs as well as energetically at deep psychological and spiritual levels. Often it is used in conjunction with other intensely purgative plants along with the restricted diet referred to as the dieta consisting of boiled rice, oatmeal, or quinoa, baked or boiled unripe bananas, and chicken or fish once a day or less combined with a pitcher a day of a helper plant or plants. There is no salt, no soap, shampoo, toothpaste, scents or additions of any kind, and no sex. In addition to the deep inner purification, other plants are used for daily plant baths to physically and energetically wash away the toxins and energies that are released in the process.

All of these restrictions enhance the cleansing process over the extended time of the dieta, which dates back to prehistory. As time passes people lose their telltale human scents, particularly pheromones, hormones, and other secretions that jaguars and other animals with a highly refined sense of smell can detect, making the hunters virtually invisible to them and their primary sensory modalities. The constant refined ingestions and plant baths result in the subject not only smelling like the jungle, but they become the jungle, giving them a distinct hunting advantage.

These intense practices fine tune the individual’s own senses bringing great clarity and a highly refined perception of their immediate reality, further adding to their hunting advantage. Aside from the intensified state of awareness that comes from this extreme purification which historically prepared them for hunts, battles, or other challenges, their conscious awareness of their field of perception expands at inner and outer levels making them psychologically and mentally clear for the task at hand.

These hard won physical and perceptual enhancements bring deep inner shifts from the resonance that comes from being sympathetic to and in sync with the plant spirits and the energies they manifest. One of the intriguing results of this immersion into what shamans characterize as the spirit world is the encompassing energetic field that it opens up. This field brings an ability to not only commune with the plants and the distinctive energies of their unique spirits and personalities, but also to the distinctive energies and personalities of the animal kingdom.

Shamans share the distinct, intimate vibration of these entities in the same energetic way they do with the morphogenetic field of plants.

This phenomenon is reinforced by widespread reports from ayahuasca drinkers of directly experiencing and communing with or being “possessed” by specific animal energies that are common to the ayahuasca experience, regardless of whether they are in the jungle or in a major North American city.

Among the numerous totems claimed by participants, or which they say actually choose them, the most common are condors, jaguars, and snakes which have a deeper meaning going all the way back to prehistoric cultures. Those experiencing these energies or spirits often roar and growl through no volition of their own like jaguars, flap their legs like wings, or feel their bodies swaying seemingly of its own accord to distinctive serpentine movements. Other animals and insects like hummingbirds, butterflies, dragonflies, dolphins, and other aquatic totems can play big parts as well.

This phenomenon with its roars, “wing flapping” and other animal indicators forms the core of shape shifting mythologies where shamans reportedly have the ability to change their form into that of their familiar animal totems.

In this way shamans share the distinct, intimate resonant vibration of these entities in the same energetic way they do with the morphogenetic field of plants, becoming one with them by sharing the same frequency. In the same way they have to surrender to the plant teachers to discover what mysteries may be revealed, shamans must humble themselves to their animal familiars as the conductor transmitters of their experience.

There is an invisibility that comes from physical purifications that makes hunters virtually invisible to the primary sensory modalities of their prey. In this manner, by mutual agreement and the understanding that comes from sympathetically sharing the same energetic field and perception of specific animals, the shaman hunts the animals in spirit first, then follows through what has happened in the spirit world in the physical world in the actual physical hunt, aided by his cultivated invisibility.

This learned ability of shamans to tune in to and commune with these diverse plant and animal energies that we all share the world with allows them to experience them in a direct, definitive, and subjective manner that helps them understand other perspectives. This cultivates empathy which is the ability to understand and share the feelings of another, and opens them up in ways that only direct experience can, while aiding them in developing the critical skills necessary for what is defined as soul retrieval.