Does Burning Sage Really Do Anything For You? 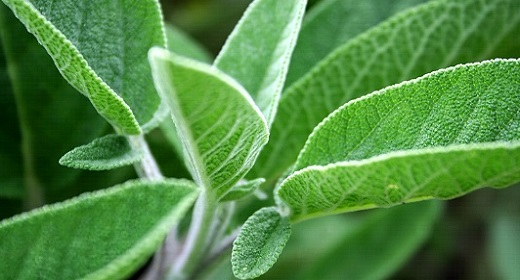 has been traditionally used to help clear negative energy, but sage smudging is becoming more popular as practitioners continue to seek out new ways to relax, stay focused, and combat everyday stress. Those who engage in these cleansing rituals claim that burning dry sage can help clear the air and promote mindfulness.

So, what is sage?

Sage is an aromatic plant that’s long been used for both medical and culinary purposes. Americans probably recognize the herb for its use in stuffing around the holidays, but this leaf does more than add flavor to your cooking.

Ancient Romans called sage a salvation plant (literally, salvare, meaning “save” or “cure”), and sage has been used in ancient Egyptian, Roman, and Greek medicines for its natural healing properties. Charles the Great, or Charlemagne, ordered its usageduring the 8th century, at the famous medical school in Salerno—the emperor reportedly favored the plant.

While sage has deep historical roots, that doesn’t mean it isn’t relevant in modern medicine. According to recent studies, sage has powerful antibacterial, antioxidant, and anti-inflammatory qualities, and researchers are currently exploring sage as a natural treatment for a whole host of issues, including depression, dementia, obesity, lupus, heart disease, and cancer.

Dried sage, especially white sage, has been traditionally used by Native Americans for a whole host of benefits, most specifically as a method of purification, which is often what we think of when we hear the word “smudging.”

Smudging, however, is an English term used to describe the process, and most Native American groups have their own unique words to explain the practice.

“Smudging is the process of burning dried plants or other natural elements and then using the smoke to cleanse themselves, objects, or even places,” explains Rosalyn LaPier, Ph.D., an award-winning Indigenous writer and ethnobotanist. “Usually the dried plants are burned over a hot coal placed in a large shell or on the ground. The person places both hands over the smoke, takes the smoke within her hands, and beginning with her head and continuing downward, ‘washes’ her entire body with the smoke.”

What are the benefits of burning sage?

Unfortunately, there isn’t much scientific research on the subject. One study discovered that the use of medicinal smokes such as sage resulted in a 94 percent reduction in airborne bacteria. There’s also research pointing to the possibility that smoke-based remedies are often absorbed more efficiently by the body.

“In theory, if you bring more awareness to what you are doing, especially by engaging your senses, you can reduce your stress—so something like smudging really does that,” says Christopher Willard, Psy. D., author of Raising Resilience. “It’s close to mindfulness, in which we bring our full sensory attention to what we are doing, and that’s easier to do with a sweet-smelling movement practice, like smudging.”

Mindful meditation can actually change your brain and help you handle stress, so if burning sage helps you relax and enter a more focused brain space, then it’s totally worth it.

Gina Smith Pasqualini, certified aromatherapist and founder of Good Living is Glam, says that even if you’re skeptical about the science behind burning sage, there can still be benefits to participating in the practice.

“Whether or not you believe that energy can be cleared by smudging, the scent alone can have a grounding effect. This allows you to think more clearly, reduces anxiety, and creates a sense of calm in your day-to-day life,” Pasqualini says.

If the scent of sage isn’t your thing, you can also incorporate other aromatics into your smudge stick as well. Lavender, rosemary, cedar, rose, thyme, and yerba santa are all great additions to burning sage. Many of these aromatics are known for their therapeutic properties, and research shows that relaxing aromas (such as lavender) can actually help improve physiological and cognitive function after stress.

So even if you’re on the fence about whether or not burning sage can purify the air, its stress-relieving benefits can be totally great for your health. And this, Pasqualini says, helps provide a “grounding effect” that helps you relax and focus your thoughts.

“Rituals and routines can help calm us by bringing order and predictability to your life,” Willard says. “So whether you believe sage itself has mystical qualities or not, the ritual will almost certainly reduce tension.”

Whether you’re smudging for spiritual reasons or simply to relax, engaging in this mindful practice can be calming and centering.

Where to Buy Sage

If you’re interested in trying smudging, Pasqualini recommends getting used to the actual scent of sage first.

“Sometimes people think it will smell like the sage you cook with. However, California white sage—which is commonly used in smudge sticks—has an herbaceous, woodsy, and slightly astringent scent,” she says. “I recommend using a smudge stick that’s approximately 3-5 inches long for a small space or to keep handy in your personal ritual kit. The smaller size also helps avoid being overcome by too much smoke as you learn how to use it.”

Even more importantly, make sure you understand where the sage is coming from. As smudging has become more popular, it’s introduced a commercialized element to an ancient practice—which can be highly controversial. Be sure to buy high-quality and ethically sourced sage, which means you’ll probably want to avoid mass-market retailers. It’s great to buy local, from a Native American-owned business, or online from sellers like Native Direct, which is owned by Saginaw Chippewa Tribe of Michigan.

Also remember to be respectful of the practice. Cultural appropriation is never cool, and as the practice of burning sage becomes more mainstream, it’s important to remember that we should respect and engage in the practice without co-opting it thoughtlessly.

Pasqualini was introduced to smudging by her mother, who was born and raised in the Dominican Republic, where burning herbs was common for clearing energy. She emphasizes that, while it’s important to respect the cultural significance of smudging, everyone can benefit from the practice.

“There are different forms of dance or music that originated elsewhere,” Pasqualini explains. “We use those creative and sometimes spiritual arts to unite people from different cultures. Smudging is no different, and should be used to improve our collective health.”

How to Burn Sage

Ready to engage in the practice? It’s fairly simple, and it’s similar to the practice of burning incense.

You’ll want to make sure to use a heat-proof bowl or abalone shells to hold your smudge stick. Once you’re ready to engage, light the end of the sage bundle until it starts to smoke. Be sure to light the sage evenly, and—after letting it burn for a few seconds—the flame should go out on its own. (If it doesn’t, blow it out gently.)

Burning sage is a very mindful practice, and Pasqualini recommends repeating your intention throughout the ritual almost like a smudging prayer. Then, you can carry your smoking sage throughout your house to clear your space—using the bowl to catch any ashes, of course—or carefully move it at a safe distance around your body. Be sure to crack any windows or doors and visualize getting rid of any negative energy to help focus your thoughts.

“These ingredients can be wrapped inside of the sage bundle or bundled separately in the case of cedar and rosemary,” Pasqualini says. “Or you can burn loose, dried ingredients in an abalone shell as an alternative to a wrapped bundle.”

And, as with any fire or smoke-related practice, be sure you don’t leave a burning sage smudge stick unattended. It’s always better to be safe than sorry.

How to DIY Your Own Smudge Stick

Layer your herbs, starting with the largest as a base, and arrange however you like. There’s no wrong way!

3. Wrap with cotton twine or string.

Starting in the center, wrap the string toward the top of the bundle before returning to the base. Be sure to crisscross tightly, but not to the point where you crush the contents. Cut off any excess string.

Hang the bundle upside down in a cool, dry place for at least a week.

Light one end evenly over a heat-safe bowl or abalone shell and let it burn for a few seconds, before putting out the flame. Set an intention and carefully use the smoking sage stick to cleanse your space while practicing mindfulness.