Dr. Alberto Villoldo: The Practice of Certainty is the third of four lessons in The Way of the Luminous Warrior. 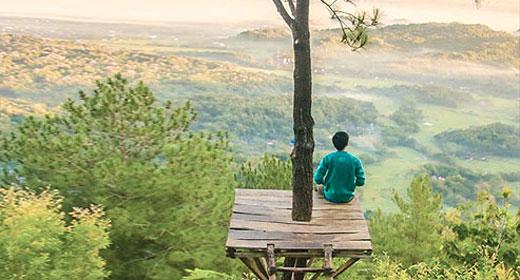 The Way of the Luminous Warrior, in turn, is one of four wisdom teachings known as The Four Insights which were protected for centuries by secret societies of Earthkeepers, the medicine men and women of the Americas. The ancients used their mastery of the insights to heal disease, eliminate emotional suffering, and grow new bodies that age and die differently.

To practice certainty is to have an unwavering commitment to the course you have chosen. That is, you let go of your worry that you’re making a mistake or that you’re not good enough, thin enough, rich enough, or young enough for an endeavor. For example, I know an entrepreneur who switched careers at the age of 70 and became a very successful painter. He never once doubted that he was an artist, even though everyone around him took his new direction with a smile and a grain of salt.

Certainty means that we deliberately choose not to leave ourselves any “escapes” that would allow us to keep one foot on the new track while keeping the other foot out the door. When we’re in a relationship, for instance, that means we’re not checking out other potential partners “just in case” there’s someone better out there.

When I became a father for the first time in my late 30s, I was completely unprepared for the experience. In the back of my mind I told myself, “Well, if this parenting thing doesn’t work out, I can always take my tent and return to the Amazon.” After all, I had traveled to the Amazon many times and felt comfortable there. Parenting, an experience I’d never had before, was much more terrifying than the thought of being deep in the jungle and far from civilization.

The problem with my attitude was that it kept me from being fully present with my family, since deep in my heart I felt that I could up and leave at any point if things didn’t work out. The minute you have a back door, you’re blocked from creating what it is you want because your energies are divided. Failure becomes inevitable because you don’t fully commit yourself. It’s far better to burn your bridges behind you, lock all those back doors, and be completely engaged in the path you have chosen.

Of course, you should be very informed about the decision you want to make and weigh the consequences carefully, but once you’ve made the choice, practice certainty. Thinking about whether your spouse is really the right one after you’ve already gotten married is not productive. And focusing on all the problems arising from your decision will block you from seeing the opportunities to create a great relationship.

So be courageous, but not foolish. Be aware if there are sharks in the water that you’re going to swim in and take the shark repellent with you. But once you’ve jumped in, don’t start wondering what you’re doing there—because then you’ll become lunch.

The practice of certainty ensures that all your endeavors will have a positive outcome. Uncertainty, on the other hand, stems from fear, and will sabotage every move you make. So, the first step in practicing certainty is to become familiar with your back doors. A student once told me that if things didn’t work out for her to become a healer, she could always become a bag lady. While it comforted her to know that she could survive on the streets, I worked with her to shut this door because it was preselecting a future in which she would fail as a healer.

Back doors leak energy that could otherwise be available to fulfill your dreams. They are where fear lurks within you, and they lead to self-fulfilling prophecies of failure and defeat. However, there’s a difference between a back door and an exit strategy. In other words, it’s good to have an exit strategy in the event that the bicycle shop you and your friend are opening doesn’t make it―then if things don’t work out, you have a means to part ways amicably, without blaming the other for the business going under. Remember that certainty is driven by love and fearlessness, but a back door is driven by fear. Burn your bridges behind you so that you have no option but success.