by Dr. Alberto Villoldo: The Practice of Nonengagement is the last of the four lessons in The Way of the Luminous Warrior… 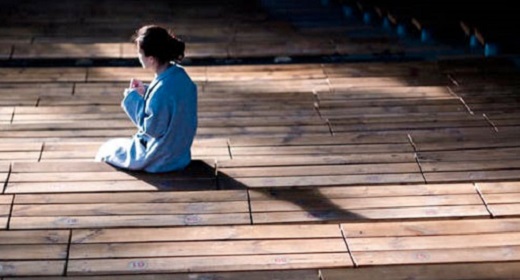 The Way of the Luminous Warrior, in turn, is the second of four wisdom teachings known as The Four Insights which were protected for centuries by secret societies of Earthkeepers, the medicine men and women of the Americas. The ancients used their mastery of the insights to heal disease, eliminate emotional suffering, and grow new bodies that age and die differently.

When we practice nonengagement, we deliberately choose not to take part in battles, particularly those where the grounds of engagement are defined by our adversary. Just because someone is itching for a fight, longing to create a drama that will allow them to feel like a noble rescuer or a victim, doesn’t mean we have to play along. And the people we are closest to are experts at pushing all of our buttons.

I remember asking a friend of mine who was a fighter pilot what the military taught him about aerial dogfights, like the ones I’d seen on television as a child. He explained to me that you never engage in a fight in the sky if you can possibly help it―you want the fight to be over before your adversary even knows you were there. The goal is to conserve your energy and use it the way you want to, instead of wearing yourself out by engaging in a confrontation that someone else is intent on having. The minute you engage, he explained, you’ve already lost.

So, if you choose to enter an argument, be aware that you’re doing it for sport, sparring because you enjoy it, not because it will allow you to vanquish your adversary of the moment or will prove you right. The Earthkeepers say that if you battle the conquistador, you’ll never win—in fact, the best you can hope for is a stalemate. You come back to your tent bloodied, sharpen your sword, and return the next day to an utterly fruitless battle. The question is: Do you want to prove yourself right, or do you want to connect with your opponent and find common ground and win? Do you want to perpetuate and maintain your point of view, or do you want to solve a problem?

We rarely ask ourselves these questions because we’re unconsciously drawn to battles that are choreographed by the stories we’ve written about our lives. If our story is one of being underappreciated and misunderstood, then our ego is continually on the lookout for chances to prove that this is the case. If we’re in line at the store and someone cuts in front of us we jump at the opportunity to confront them and demand the respect we’re due. Should those we care about forget to do something we asked them to do, we insist that their motive was pure selfishness and confront them about their lack of respect for us. Meanwhile, the real story might be that the other person was simply distracted or preoccupied with his own troubles and would actually feel bad and apologize if we said, “When you blocked my car in the driveway, it was really inconvenient for me.” Rather than give him a chance to explain himself, we choose to perpetuate our story.

Of course, we sometimes find ourselves in situations where people are totally committed to creating a drama and playing a particular role. In such cases, it’s very difficult not to give in to the temptation of playing our part in the battle they’ve planned. But if we make a point of being luminous warriors and fighting our true adversary—our wounded self—instead of projecting it out into the world, it will be easier to disengage. If I’m angry with my partner because she doesn’t agree with me, I know that it’s better to resolve the conflict within myself rather than to pick a fight with her, hoping to bring her around to my position. I will sometimes say to my partner, “This sounds like an invitation for me to defend myself,” and avoid an argument. Engaging in a crusade because I’m unhealed simply perpetuates my own victim/bully/rescuer drama.

What We’re Willing to Give Up

To practice nonengagement, we have to be totally negotiable yet completely uncompromising. This means that we have to be willing to negotiate, which means giving something up. We may have to give up our desire to be seen as superior or our need to micromanage every detail of a situation. We may have to give up our rigid notions about how something should be done. In Jonathan Swift’s Gulliver’s Travels, two nations go to war over a disagreement about whether soft-boiled eggs should be eaten from the large end or the small end. It’s an absurd image, but we often become intractable about our position rather than focusing on the importance of resolving the issues. We get into quagmires, unable to move forward because we’re so attached to our stories that we can’t identify anything we’re willing to surrender.

Our unwillingness to be flexible can be seen not only in our personal lives, but also in international relations. The second round of Strategic Arms Limitations Talks (SALT II) led to a treaty between the United States and the Soviet Union back in 1979, but the U.S. never ratified it because they couldn’t agree with the Soviets on the number of inspections of Soviet nuclear sites the Americans would be allowed to make, and vice versa. No one talked about how those inspections might be conducted or what an inspection entailed. Would the Russians go through top secret files at our nuclear installations? Would they only stop by for tea? These details were never discussed.

Instead, the talks became deadlocked on the number of inspections each side would be allowed every year. Negotiators on both sides became increasingly suspicious of each other and more entrenched in their own positions: For example, the Soviets wanted only five inspections per year, while the Americans required seven. Neither country had to agree to a lack of any accountability from the other, yet both sides refused to be more creative in negotiating common ground.

Even as we strive to come to agreements with others, when we practice nonengagement, we have to be completely uncompromising when it comes to our integrity or the things we deeply believe in. To do so, we have to be very clear about what our real values are, so we can negotiate efficiently rather than exhausting ourselves by becoming trapped in an endless war over insignificant details.

As luminous warriors, we step beyond fear and death and are able to bring love and beauty to every encounter.