Think Sharper With These 5 Herbs

by Micaela Foley: Are you plagued by brain fog? Is that third cup of coffee just not cutting it? You’re in luck… 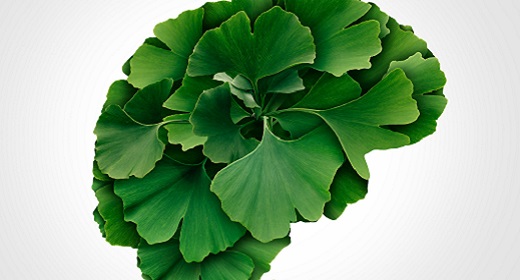 As always, herbs are on your side. There are many herbs that can help us to think sharper, feel smarter, and overall improve our cognitive abilities.

Herbs with nootropic properties are known to enhance mood, memory, and focus — without the nasty side effects, tolerance, or withdrawal associated with pharmaceuticals like Adderall, Ritalin, and Vyvanse. These herbs work by increasing circulation to the brain, tonifying brain tissue, modulating the concentration of neurotransmitters, reducing brain inflammation, stimulating the growth of neural nerves and new brain cells, and protecting the brain from free-radical damage by acting as antioxidants. All that, and so much more!

Here are 5 potent herbs to help you think sharper. Gotu Kola (Centella asiatica) is a prized herb in Traditional Chinese Medicine—where it is considered to be a Shen Tonic—and Ayurveda, where it is considered to be a Sattvic herb. Gotu Kola helps to sharpen the mind by repairing damaged neurons in the brain and providing the neurological system with energy and sustenance. Gotu Kola is also very tonifying to nerves and both soft and connective tissues—taking it over a period of time can heal and strengthen nerve pathways in the body and brain. Gotu Kola has been proven to raise oxygen uptake levels in the brain and encourage trans-hemispheric synchronization, which shifts the brainwave state into the alpha, gamma and theta spectrums associated with the type of consciousness expansion that has been studied in long-term meditators. This herb is specifically indicated for fatigue accompanied with mind fogginess and can be used in cases of Alzheimer’s and stroke, to help brain tissues recover vitality. Gotu Kola makes a lovely tea, tincture, and food—it can be eaten as a green (makes a great pesto!) and can be juiced fresh, too. Lion’s Mane (Hericium erinaceus) is a mushroom prized for its nootropic benefits, including improved focus, memory, recall, and overall brain function. Lion’s Mane increases the amount of Nerve Growth Factor (NGF) in the brain, which enhances cognitive function. Some studies have shown that NGF stimulated by Lion’s Mane also contributes to nerve regrowth and regeneration, thus it is a valuable remedy when there has been cerebral nerve damage from stroke or injury. In addition, this mushroom has significant anti-anxiety and mood elevating benefits—making it even easier to think sharper. Lion’s Mane acts like a tonic, and should be taken regularly over time to experience the myriad benefits it offers. In addition to rejuvenating the brain, this mushroom also supports the immune system and is nutritive to the nervous system, liver, lungs, spleen, heart, and kidneys. This is a tasty edible medicinal mushroom that can be cooked and eaten as a food (it’s protein-rich and delicious!), consumed as a powder, or taken as a tincture. Rosemary (Rosmarinus officinalis), a familiar culinary favorite, is so much more than a flavoring agent—it’s one of the western world’s most beloved nootropic herbs. Scholars of ancient Greece wore wreaths of Rosemary on their heads to help their memory while taking exams, and as Ophelia confirms in Shakespeare’s Hamlet, “There’s Rosemary, that’s for remembrance…” Today, science is catching up with folk wisdom, and Rosemary has been the subject of several promising studies on improving short term memory and cognitive performance—compounds in the scent alone have been shown to cause an increase in a neurotransmitter called acetylcholine, a major key in the treatment and management of neurological disorders like Alzheimer’s and Dementia. Inhalation seems to be one of the most effective methods of getting these volatile compounds directly into the brain, as they are able to cross the blood-brain barrier this way. Rosemary also has antioxidant and anti inflammatory properties and is a wonderful herb for supporting healthy circulation and digestion. Enjoy in food, as a tea, tincture, capsule, take a whiff of high quality essential oil or better yet, wear a wreath of it fresh! Bacopa (Bacopa monnieri), another lauded herb in Traditional Chinese Medicine and a Sattvic herb used in Ayurvedic practice, acts as a powerful nootropic that has been shown to aid in sustaining focus and concentration. This is most likely due to its calming, adaptogenic effects combined with its ability to repair damaged neurons, improve brain function and neural communication, and protect brain cells from free radicals, toxins like cigarette smoke and heavy metals, and oxidative stress linked to cognition and memory decline. One study done on animals treated with Bacopa showed neuroprotective action in the hippocampus specifically, essentially the brain’s memory center. Studies done on various groups—from restless school children to the anxious and depressed elderly—have found similar mood-enhancing and stabilizing effects, as well as a steady increase in memory and recall capacity. Bacopa is also anti inflammatory, promotes healthy circulation, and has been shown to heal both liver and skin cells. Try Bacopa fresh as a green, in teas, or as a tincture or capsule Ginkgo (Ginkgo biloba) is one of the most studied nootropic herbs around, and one of the herbs with the longest recorded history of use—nearly 5,000 years—in Traditional Chinese Medicine; members of the royal court used it to ward off senility. Ginkgo works by increasing blood supply and circulation to the brain and extremities, which can help improve short and long term memory recall. In addition, Ginkgo has been shown to remove plaque buildup from the arteries and thin the blood. These properties, along with Ginkgo’s high antioxidant concentration, may aid in the prevention or improvement of symptoms of neurological disorders like Dementia and Alzheimer’s as well as many cardiovascular issues. Ginkgo is a very stimulating herb overall and hot temperature-wise; meaning it may not be suitable to use for everyone, especially if you are prone to pounding headaches, have sustained recent head injuries, or are experiencing swelling of the blood vessels or brain. Work with Ginkgo as a tincture, tea, or capsule.

Talk to a trusted herbalist to find out if any of these herbs may be right for you!