5 Reasons Solar Power Is An Energy Of The Future

by Anica Oaks: Only a few years ago, solar power was a technology that barely made headlines in the field of energy generation… 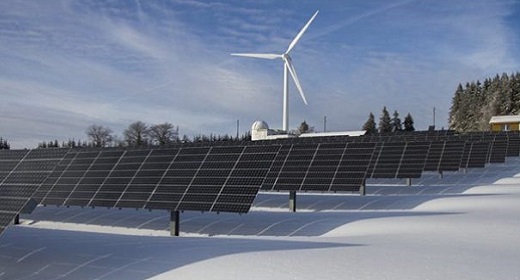 However, as of recently, solar power has started to gain momentum in becoming a potential energy technology that could help make gas, oil, and other types of energy nonexistent.

To prove this, below are the top five reasons solar power is destined to become the energy of the future.

Solar power products, such as its panels, are expected to become seven percent cheaper each year. This means that over the following ten years, nearly 100 million Americans living in cities will be able to go solar cheaper than ordinary electricity from the power grid.

These savings should not be taken lightly be consumers. You could end up saving hundreds, if not thousands, on your energy bills every year. Additionally, solar power is already cheaper in many states than traditional utility power.

The only expensive cost of solar power is the initial installation, but that’s already expected to fall over the next few years. To do this, the U.S. Department of Energy launched the SunShot Initiative, which will help lower the cost of both installing and maintaining solar panels.

Solar Power Is in High Demand

The solar sector has one of the highest percentages of growth when compared to other energy utility sectors. In fact, the United State’s demand for solar power increased by 41 percent, making it one of the highest new sources of energy generation, following natural gas.

However, residential solar projects grew to over 60 percent the year prior, meaning companies like Blue Sky Solar Energy are thriving. Enough solar panels were installed in 2013 to power over 3.5 million homes.

According to solar industry analysts, 2013 offered the U.S the first look of the popularity and strength of solar. In fact, in August, Merrill Lynch issued reports to investors to focus on solar stocks, which are expected to grow exponentially over the next couple years. This is great news for the industry as demand is only expected to grow.

Simply put, traditional energy methods like oil and coal are nonrenewable. When they run out, they will essentially be gone forever. Crude oil, for example, takes millions of years to form.

Unfortunately, we use so much of it that our supply will run out long before new oil can form. Solar energy, on the other hand, is renewable as the sun will continue to exist for a long time to come. Sooner rather than later, adoption of this new technology will be necessary.

Benefits over Other Energy Sources

The solar industry is able to provide consumers certain benefits that other energy industries are not able to offer. Solar energy can be inexpensive and fast to install. Both commercial properties and residential ones can see savings on their energy bills when switching from other traditional energy sources.

These systems also offer additional tax incentives and rebates, which people can take advantage of. The oil, coal, and natural gas industries are not able to provide their consumers with these kinds of advantages.

Today, solar energy is more widely available than ever before. With nationwide retailers, independent companies, and online retailers, there are many options for consumers to choose from.

There are even some big box stores that sell solar panels. Because of the growing prevalence of these companies, more and more people are able to use solar energy in their homes and businesses.

Solar power is rapidly becoming a mainstream source of energy that’s both eco-friendly and affordable. These are just five of the many reasons why solar power will dominate our world in the future.