By  Janet Attwood:  Vasant Paranjape, at 84 years of youth, is an amazing man who today is the world’s most vocal proponent of the value of Agni Hotra, or the ancient Vedic fire ceremony, for health and organic farming. 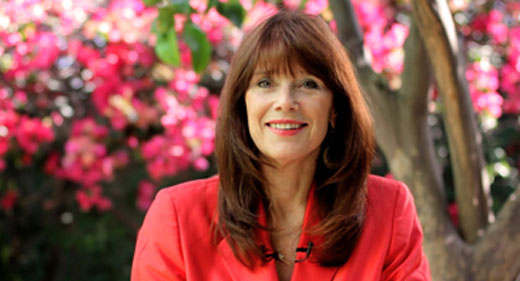 In 2004, my business partner, Chris Attwood, and I visited Vasant’s Tapovan, an oasis of organic farming in northern Maharashtra, about 8 hours north of Bombay, India, created and maintained by two of Vasant’s team, Bruce Johnson and Anne Godfrey from Australia. In this unique environment, special Vedic mantras are played 24 hours a day over speakers, and the Agni Hotra ceremony is performed at sunrise and sunset ever day.

Since Tapovan was first inaugurated on arid land with little vegetation in 1998, it has become a lush, garden environment with fresh herbs, vegetables, cows, and deep peace. Traditional Ayurvedic treatments are available to guests and fresh, organic food is served daily.

Janet: What do you see as the remedy for the present world situation?

When the sun’s rays come to the planet, they have to pass through a protective layer we call the ozone layer. And that filter is now disturbed leaving these holes. These are the result of our industrial activities and because of the way we live.

And so we have the situation in places like Untar Areynas in Chile, or Ushuaia in Argentina where sheep and fish have gone blind, and children have cataracts. There the television tells that tomorrow you can not go into the sun for more than 20 minutes, 30 minutes. Such a difficult situation is there now.

Yagna is the science of purification of the atmosphere through the agency of fire. We use the word “homa” because it is a synonym for fire. So we call it homa therapy.

When I tell you these things, it is only because we carry the diagnosis in one hand and the solution in the other hand, please remember this. We are not talking like prophets of doom.

Janet: I understand. Scare the heck out of us so we can do our homa.

Vasant: I will tell you now how it works. They say that the top 15 cm of topsoil on the earth will become totally acidic in just a few years as a result of acid rain. Then nothing will grow at all.

I was working for several years with a group of Soviet scientists in those communist days on this homa and yagna. They had done a lot of research, but of course nothing was told to the public because it was communism you know and everything was kept secret.

We worked in Peru with agriculture and we have official documentation by agronomical engineers that the ph of the soil improves. How the phosphorus which is already in the soil, becomes water soluble. This has various effects on farming and makes it possible to farm without chemicals.

After working for many years researching this agni hotra ash (agni hotra is the basic yagna), these Soviet scientists told me this is the only solution for the soil that they know of.

The agni hotra is the basic yagna which is attuned to sunrise and sunset (this is a performance done at these times). All of this knowledge is given in the ancient language of Sanskrit. This is a source language. All languages have words coming from Sanskrit, but Sanskrit has no words coming from any other language.

Sanskrit has the potential to provide all the vocabulary required by modern technology and even more.

The point is now we want something which is going to give very easy results immediately. It should be easy to operate and very easy to experience. There are various parts of agni hotra. The medicinal part of agni hotra has been researched in Germany. A book is coming out describing how this agni hotra ash becomes potent, how to make use of it, how it becomes a wonderful medicine.

Janet: Where did this knowledge come from? How did you receive it? Who was your Master?

Vasant:His name is Param Sadguru Shree Gajanan Maharaj of Shiapuri Akkalkot. This knowledge was not passed by word of mouth. Just by blessing, blessing in the ancient guru tradition: “Please share it with all, all over the world.” That was the command given to me. So we just started.

Now I’ll give you a concrete example. Very recently the BBC talked about a report that after 10 years there will be no more bananas on earth – 10 years is not a long time you know. This was a report published by the research institute for bananas which is in Montpelier, in the south of France.

This disease affecting the bananas is called black sikatoka, sikatoka Negra, in Spanish, the black disease.

Now we have shown in the Amazon forest that this disease can go away.

Vasant: Right. Agni hotra is the basic homa for sunrise, tuned to the biorhythm of sunrise and sunset. The ancients said at sunrise a flood of energy comes from the sun which consists of several types of electricities (they used the word in plural), and subtle energies. The inundation of those touches the earth at the point where the sun is set to rise. In other words, the point on the earth where the sun first touches.

This is a point of purificatory inundation and it cleans everything in this spot. If you do this simple agni hotra with two special mantras, then the first effect will go approximately 12 km in space after you utter the word swaha and put the rice. While the fire is going on there will be an aura energy field around each blade of grass, around every plant. This energy field will last as long as this fire lasts.

Then it goes about 12 km into space and it rebounds to the planet. When it comes down it is absorbed in this aura energy field. According to the ancient guru tradition it will cover approximately 200 acres of land. But for practical purposes, now things are so bad, we limit ourselves to 100 acres at a time. So this is how it works.

Janet: One person doing homa can create this effect?

So we are suggesting to apply the science of yagna. Now if we are able to grow food with this method we tell the people, “If there is anything you know which is easier and cheaper and anyone will be able to practice it, we would like to learn it. We can only tell you what we know, and based on ancient knowledge, we have worked on thousands of acres at a time with this technology of homa.

Janet: Is the essence from the ash?

So there is a special word in this ancient Sanskrit language for breathing through the left nostril and its effect. For example, if you overeat, one should not overeat, but many times people do . . .

Janet: I do. I did last night (laughing).

All of the breathing depends on the phase of the moon according to ancient science. That means we are not breathing through both the nostrils all the time. Every two and a half hours there is a change in the breathing system.

Now that energy is there from the moon and the question is, how to make that energy beneficial to you by doing these homas and yagnas. That is why we do 24 hour fire with one particular mantra. This is also used for agriculture now. Science of mantra is something wonderful.

This mantra is in Sanskrti language, but remember it is the mother language, or rather the grandmother or great grandmother of all languages. So it is not a foreign language for anybody.

Homa is the only way we know, because you don’t have to kill the insects. Nature takes care of them. Nature creates predators. Automatically natural predators are created.

Vasant: The basic law we tell the people is practice agni hotra for purification of the atmosphere and love thy neighbor as thyself. These are the only two. These are our slogans.

And you can see wonderful things have happened with this method of farming. We have worked with all types of crops in the Amazon. And I was told by these Soviet scientists that agni hotra ash is the only solution for the radioactivity from places like Chernobyl.

You just take a little ash and then according to the law of metabolism the body will throw out that radioactivity – agni hotra ash has such power.

So we say it is an easy remedy. Grow your food with love. It has to be love thy neighbor all the time, you see. That means all of the reactions of the mind have to come with total love and not with anger.

One thing is, agni homa clears the mind. Once the mind is clear many problems are solved. Actually, what we call love, you practice it for 15 days and a new element of love will be found in the house. Your anger becomes less. Then any sort of bad habit, you will get rid of it. It will help you get rid of it. We even have programs for drug de-addiction based on this.

Janet: I’ve heard you speak of the five fold path. Can you explain what this is?

Second thing is practice dhana. That is sharing your assets, in a spirit of humility. That reduces your attachment to material things. The wonderful law is that you give them without any expectation of name, fame or material benefit and, whether you like it or not, you get back more than what you give in material terms.

So these are the first two: yagna and dhana. Agni hotra and dhana. These create an atmosphere.

The next step is called tapas. The word temperature in the English language comes from the word tapas. That is heating, purifying. For example, if gold is mixed with some other impure things, you heat it and the rest goes away and what is left is pure gold.

Tapas means auto-discipline. Body and mind discipline. That is the next step you have to do.

Item number four is practice karma (action) for self-purification and the last, fifth, is swadhaya – self-study. Who am I? For example, the Bible says, “Thou are bound in the image of thy Father.” And again we are told, “I and my Father are one.” And to reach that stage we are told, “Be thou transformed with a renewal of the mind.”

There is no such thing as Hindu, Muslim, Christian. There are only these basic things – love. Love thy neighbor as thyself. Total thing is love.

So these are the five fold path: yagna, dhana, tapas, karma, and swadhaya. We say follow any religion, follow any guru, but these are the basic things. You will become a better member of your community.

You start following this five fold path, or what is called the path of light. In Sanskrit it is called devayana, in English, divine. Devayan patha, in English – divine path. You start walking on that path and another law operates. That is the law of grace. And this is how things begin changing automatically.

So whatever be the material condition of a person, there is always a way out for you and it is open to all. Everything is open to all. The only thing is make your mind full of love and everything will be automatic.