Mindfulness Is Not A Cure For Everything

by Allen Weiss: Awareness is one of the seven factors of awakening. But another factor calls for us to probe deeper… 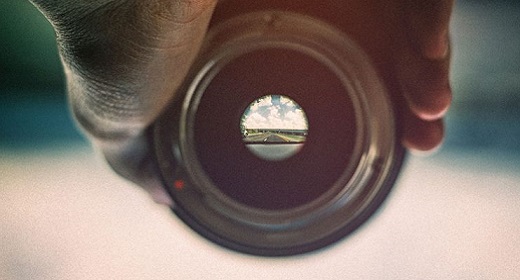 Mindfulness is everywhere these days—even outside of Buddhist circles. And for good reason: mindfulness can often free people from their negative patterns of thoughts, emotions, and behavior. But mindfulness is not a cure for everything. In fact, certain emotions or repetitive thoughts may persist, despite your efforts to be mindful of them. Regardless of how much you try to relax and observe them, they revisit you again and again. When this happens, consider pursuing a deeper process called investigation.

The importance of investigation to your practice is best stated by the Canadian-born Theravada monk Ajahn Thiradhammo. “Our awareness has developed only enough to see part of that much deeper process, so this investigation requires some ability to probe into things. It’s like sending awareness into some particular specialized area of our experience, investigating it more thoroughly,” he writes in Contemplations on the Seven Factors of Awakening.

For example, if you’re feeling anxious, attend to that state with mindfulness. Allow the emotion to just be and see how it’s expressed in the body. If it persists, try investigation. To investigate while in meditation or everyday life, just ask “What is this?” Put your attention on the experience of anxiety (body sensations, the emotion, and mental stories) and ask what it is with a sense of curiosity. Do this very lightly, as a very simple question. Don’t try to find an answer; if something comes up, it will present itself to you.

It’s important not to turn investigation into a detailed analysis or a major research project. That makes it more difficult for an answer to naturally arise. To understand the elusiveness of the answer you’re seeking, think about what happens when you try and can’t remember the name of a particular song, person, or restaurant. Once you stop trying to remember and let your mind relax, the name presents itself to you.

So, investigate by just asking the question “What is this?” with a relaxed mind. Eventually the underlying emotion to anxiety will become evident. Perhaps it’s a fear of loss, of embarrassment, of the unknown or something else. Now that you have identified the underlying emotion—fear—you can attend to it mindfully by accepting it and examining how it feels in the body.

An alternative method of investigation uses the Buddha’s ideas of dependent origination—or the laws of conditionality—which states that nothing exists independently of all other things. Softly consider the necessary condition of the emotion. Ask the question “On what does this depend?”

Anger is an emotion that is often ripe for investigation. Anger is usually an expression of the fight response to a feared object. If you investigate anger by asking on what does this emotion depend, your investigation may lead you to the feared object, such as a fear of being hurt, of being embarrassed, of not knowing, of shame, and so on. Similarly, when you are driving and getting impatient, perhaps the impatience depends on a fear of being late.

So, when you mindfully attend to your emotions and find that certain emotions don’t dissipate, ask yourself, “On what does this emotion depend?” Again, ask this lightly without expecting an immediate answer.

You can also investigate what motivates your actions, especially actions you’ve taken that result in stress. Again, you can investigate the emotions that may have motivated you to act, rather than the typical way of ascribing an action to external events.

Because mindfulness is partly a meta-cognition practice (in other words, I’m breathing, and I know I’m breathing), it’s easy to get sense of a distance from your experiences. This tendency is perfectly captured by Ram Dass in his classic book Be Here Now, where he writes, “You’re standing on a bridge watching yourself go by.” But the Buddha didn’t want people to get detached from their experiences like that; he wanted them to be very close to their experiences. Investigation makes this happen.

When I teach mindfulness, I often joke to my students that investigation will save them thousands of dollars in therapy bills. Why? Because investigation broadens your understanding of your emotional life and provides you with insight into the underlying emotions that drive your daily experiences. By exploring this other factor of awakening, you can equip yourself with a new and powerful tool for your spiritual journey.