by Jim Marston: When a California battery company officially moved its headquarters and manufacturing to Kentucky coal country last week… 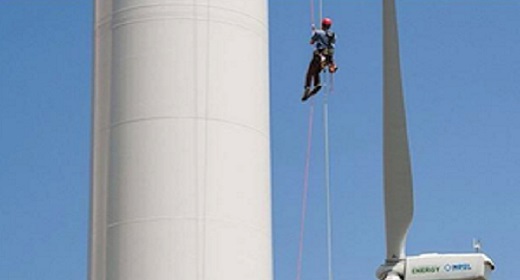 generous state tax subsidies certainly played a role — but so did something often lost in the debate about coal.

Struggling coal mining towns offer an abundance of highly trained workers, many of whom are eager for new opportunities and stable jobs. Mine work today requires mechanical and technical skills that are transferable to new industries, a fact that companies inside and outside the energy sector are beginning to discover in America’s tightening labor market.

Let’s hear it from EnerBlu, the Los Angeles-area energy storage company that plans to invest $400 million in eastern Kentucky and may eventually hire 875 people in Pikeville, the heart of Appalachia coal country.

The region offers a “workforce with strong understanding of Direct Current power, complex machinery and robotics operations in production environments,” EnerBlu noted in a recent blog post. And because Pikeville is rooted in the challenging coal industry, the company wrote, it has a population with a strong work ethic, loyalty and tenacity — all qualities employers look for.

Wind Company Looks to Coal Workers for Grit and Endurance

Goldwind Americas, a Chinese company, is expecting to provide up to 850 large wind turbines in the state and needs technicians to maintain them. It’s a tough job, and coal miners who are used to challenging work environments may have just what it takes.

It may also explain why companies such as CSX and LockHeed Martin have hired former coal workers after they completed a mere 60 days of retraining.

Contrary to President Trump’s hollow rhetoric about reviving coal jobs, the industry is continuing its long, slow demise. And yet, many coal workers continue to hold out hope.

Mining has provided a solid and good-paying livelihood for generations of families. For these workers, the collapse of the coal industry is painful and personal. You can’t blame them for responding to Trump’s empty promises about coal.

But change is in the air.

From Coal Fields to Solar Rooftops and Coding

Dan Conant, the young founder of Solar Holler in West Virginia partnered with a nonprofit to train people in coal field communities for new careers in an unexpected business: rooftop solar installation.

So far, at least 30 people under the age of 25 have gone through the program. Many are the sons and daughters of coal workers who are looking for new opportunities in a growth industry, Conant said. Sollar Holler has also trained several former coal workers who, with freshly minted technician skills, can now find openings in West Virginia’s budding solar industry or anywhere in the U.S.

Back in Pikeville, meanwhile, a start-up software and development company called BitSource has already hired nine former coal workers who had to show an interest in process, be logical thinkers and able to spend hours in front of a computer. Some of the miners BitSource hired had spent 20 years in the mine; now they code.