by Tim McMahan, Rachel Cox, and Allison Smith: Spurred by President Trump’s announcement that the United States will abandon commitments President Obama made in the Paris Climate Agreement, 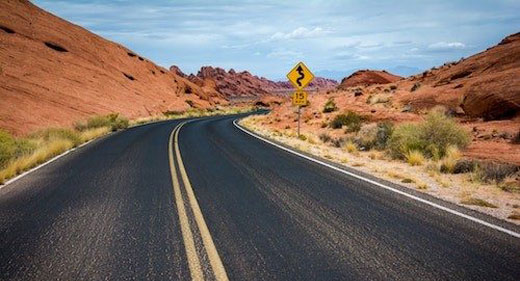 western seaboard elected officials are highly motivated to act on climate change, notwithstanding the Trump Administration’s actions to replace the Clean Power Plan. California has a well-established and functioning “cap and trade” program that has survived judicial challenge and been extended through 2030. As the fifth largest economy in the world, California’s efforts are a significant driver for similar programs throughout the nation.

In the 2018 legislative sessions, Oregon and Washington took up very different carbon reduction programs, neither of which passed by the close of what were for both states’ short legislative sessions. However, this summer, in both Oregon and Washington, the groundwork is being laid to enact sweeping new greenhouse gas (GHG) legislation. In Oregon, a task force is on track to propose comprehensive “cap and invest” legislation in the 2019 session — legislation that will likely coordinate with California’s carbon market. In Washington, a citizen ballot initiative effort is set to go to the voters this fall, aimed at enacting the nation’s most rigorous carbon tax program.

Solar Today and Tomorrow: Why Our Future will be Solar Powered

While a very small percentage of homeowners actually have solar photovoltaic systems on their roof, chances are they have already been exposed to solar energy.

Brought To You By

The Pacific states are likely to solidify this “green wall” with carbon legislation that may spur other states to take up the mantle of the Paris Climate Agreement. This experiment will challenge propositions of “green job” creation and whether such legislation stimulates new industries without offsetting impacts of lost industrial jobs.

Further, with other states pursuing their own climate legislation, and given market forces making coal investments questionable, the impact of the Affordable Clean Energy (ACE) Rule to reverse state efforts is uncertain, particularly if states will truly be free to enact their own legislation free from Administration efforts to manipulate energy markets in favor of coal generation.

Earlier this year, in the final weeks of Washington State’s 2018 regular legislative session, all eyes were on the fate of Senate Bill 6203, the carbon tax plan that evolved out of Governor Jay Inslee’s latest attempt to adopt ambitious climate change policies in the state. To the surprise of some onlookers, session closed on March 8 and SB 6203 died in the democratic-led Senate.

Had the bill passed, Washington would have been the first state to impose a tax on carbon emissions. The tax would have been $12 per metric ton beginning in 2019, and in 2021 would have increased $1.80 per ton each year until it hits $30 a ton in 2030.

Shortly after the bill was declared dead, a group called the Alliance For Jobs and Clean Energy filed an initiative with the Secretary of State for the 2018 fall election to impose an even more aggressive carbon pricing program. Initiative 1631 would impose a carbon “fee” of $15 per metric ton beginning in 2020, increasing $2 per metric ton every year thereafter plus inflation, until the state’s GHG reduction goals are met.

As a “fee,” not a tax, the revenue from the program cannot be spent on any government expenses. All money collected from the fee would be placed in a “Clean Up Pollution Fund” overseen by the Public Oversight Board housed in the Office of the Governor. The Public Oversight Board would be made up of appointees, full-time staff, agency directors, and other stakeholders by appointment. Money from the Clean Up Pollution Fund could only be used to invest in clean air/clean energy (70 percent of the fund), clean water and healthy forests (25 percent), and healthy communities (5 percent).

The Initiative also attempts to provide a statutory basis for Washington Department of Ecology’s 2016 Clean Air Rule, which was recently struck down by the Thurston County Superior Court in a challenge claiming lack of statutory authority. The Clean Air Rule is preempted if the Initiative is passed, but if it fails, Ecology is directed to implement the Clean Air Rule.

In the 2018 legislative session, two bills were proposed that would have established a comprehensive carbon regulation system. The “Clean Energy Jobs Bill” (Senate bill 1507 and accompanying House Bill 4001) would have created a “cap-and-invest” program, setting a cap on GHG emissions, with a system to issue permits for that amount of emissions, as well as an auction process for the permits. The amount of allowed emissions would shrink each year until 2050, at which point Oregon GHG emissions would be at least 80 percent lower than 1990 levels. The “cap” would only apply to fossil fuel importers and enterprises responsible for emitting the equivalent of 25,000 metric tons of CO2 emissions a year, estimated to be about 100 companies in all. Emissions from agriculture and forestry operations and marine and aviation fuels were not subject to the “cap.”

As proposed, around 85 percent of the funds collected would be “invested” in “clean energy jobs,” created through programs such as building efficiency, electric grid improvements, fuel-efficient transportation, renewable energy jobs, and projects that promote resiliency in forestry, agriculture, and coastal areas. Energy-intensive industries such as paper mills and aluminum smelters that are exposed to foreign competition would be issued some allowances at no charge, which they could sell to fund energy efficiency improvements. Electric and gas utilities would also have received allowances at no cost, for use of the proceeds to reduce energy bills. The program would have commenced in 2021.

Ultimately the bills did not move out of committee, failing to make it to floor votes. However, that was not the end of this effort. The legislature passed budget items for a Carbon Policy Office, and for the Department of Environmental Quality to lay the groundwork to implement a cap and trade (or “invest)” program by 2021.

Meanwhile, through the summer, the Speaker of the House and the Senate President are co-chairing a Joint Committee on Carbon Reduction to further refine the Clean Energy Jobs Bill, hoping for passage in 2019. The task force is a multi-interest group effort intended to work through some of the more contentious issues and to seek bipartisan support. Among the issues in consideration by the Joint Committee include the proposal that utilities such as PacifiCorp be shielded from paying for coal emissions until 2030, the fairness of the “trade exposed industries” being allocated permits without cost, the difficulty of monitoring carbon offsets (including risk of fraud), and the failure to sufficiently eliminate or reduce pollution emitted in vulnerable neighborhoods. Meanwhile, Governor Kate Brown created a Carbon Policy Office to continue the groundwork needed to fully implement the cap and invest program by 2021.

In 2006, with Assembly Bill (AB) 32, California codified a GHG reduction mandate first introduced in 2005 via executive order by former Governor Arnold Schwarzenegger. AB 32 requires GHG emissions in California to be reduced to 1990 levels by 2020. By 2012, California had a cap and trade program in place, which expanded in 2015 to cover 85 percent of the state’s GHG emissions. Legislation in 2016 and 2017 served to deepen California’s GHG reduction mandate to 40 percent below 1990 levels by 2030 and statutorily extend the cap and trade program through 2030.

Parallel GHG reduction programs in the state, such as the renewable portfolio standard (RPS) and low carbon fuel standard (LCFS), have similarly been expanded and reauthorized in recent years. In 2016, the California RPS was increased to require 50 percent of electrical load to be served by renewable energy by 2030. And on Tuesday, August 28, 2018 California’s state legislature voted to transition its energy grid to 100 percent carbon-free energy by 2045. The LCFS was readopted by the California Air Resources Board (ARB) in 2015 and will likely be extended to 2030 this fall.

ARB has considered the economic impacts of its climate change programs, and whether the state’s combination of measures and incentives will allow California to meet its ambitious GHG reduction goals. Based on 2016 GHG reporting, California has already met its 2020 GHG reduction target. From 2001 to 2016, the carbon intensity of California’s economy decreased by 38 percent, while the state gross domestic product grew 41 percent. The agency’s economic modeling predicts that annual growth in California gross domestic product from 2021 to 2030 will not change, compared with a business-as-usual reference case, as a result of the state’s continued implementation of California’s full suite of GHG reduction programs. In fact, ARB projects an increase in employment with continuation of the cap and trade program through 2030, compared to business-as-usual. ARB’s research also finds that California climate change policies have spurred sustained and significant growth in clean energy industries, though each sector studied did not have even growth year over year.

What to Expect Next

As each of the western seaboard states pursues individual legislative and regulatory programs to advance state-specific goals, California, Oregon, and Washington have renewed their dialogue and collaboration on climate change, including through the Pacific Coast Collaborative.

Beyond the Pacific “green wall,” the Global Climate Action Summit taking place in San Francisco, California in two weeks’ time will present the initiatives rolling out within sub-national governments from around the U.S. and around the world, as well as the private sector. We expect California, Oregon, and Washington to continue to pursue climate change policies to decrease emissions and mitigate the effects of climate change, with some fits and starts along the way as new schemes are implemented, opposition ebbs and flows, and impacts — good and bad — come to the fore.

Allison Smith is a Stoel Rives LLP partner who focuses her practice in environmental and energy law.