What Is Kundalini Awakening And Have I Had One?

by Kara-Lee Grant: The following information is not gospel – it’s just my reflections and my understandings based on my own experience of Kundalini Awakening… 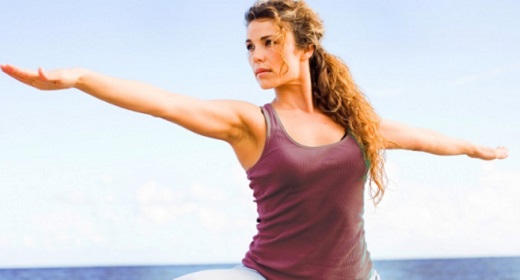 As always, don’t believe a thing I say unless it resonates in your heart and works for you. Except maybe the bit about checking in with a medical professional if you have any physical symptoms – do that regardless!

So… what is Kundalini?

Kundalini is the feminine, creative, evolutionary force of infinite wisdom that lives inside every single one of us. Usually represented as a snake coiled three and a half times around, Kundalini lies dormant at the base of the spine.

But no regular doctor is ever going to find evidence of Ms Kundalini. She ain’t something in our physical body, like a bone or a muscle.

Nope, Kundalini lives in the subtle body, along with the chakras and the nadis. The subtle body also contains our energetic imprints, our mind, and patterns of energies plus any emotional blocks. It’s where samskaras exist – the mental and emotional patterns that drive our lives.

In my experience, this is not a metaphorical description. Through practice of yoga and meditation, I’ve developed the ability to feel my subtle body, in the same way as I can feel my skin. I can sense where my subtle body is blocked and where the energy flows freely.

I can feel Kundalini dancing up the spine and along the nadis, dissolving blockages and freeing energy. Sometimes as a block is freed in the subtle body, an insight into a long-held belief arises in my mind as that belief also dissolves.

Kundalini is as real and present in my life as my son is… she is the divine force within, something that I surrender to, something that leads me on a divine dance of awakening.

Sometimes Kundalini is called Shakti, so because the words Shakti and Kundalini can be used inter-changeably… here’s an explanation:

There is one energy (Shakti) that keeps taking on new shapes and forms.

Each time the energy takes on a new form, we give it a new name.

Kundalini becomes the energy of Prana, which flows in patterns or channels called Nadis, and concentrates itself by forming intersections known as Chakras.

The subtle energies condense and become known as earth, water, fire, air, and space, forming our experience of the gross world.

With Kundalini awakening, the primal energy of Shaktiawakens in its true form.~ by Swami Jnaneshvara Bharati

Ok, I get what Kundalini is – a form of Shakti, or divine feminine energy, that lives dormant at the base of the spine. So what’s a Kundalini Awakening?

She literally Wakes Up, as Shakti starts her journey back to Shiva. It’s the reuniting of the small, separate sense of Self with the Divine. The drop of water is rejoining the ocean.

My first experience of this awakening was a heart-opening of bliss and peace. And after that, I could feel Kundalini moving in my lower spine – although I had no idea at the time that’s what it was. Now the movement of Shakti is up around the top of my spine where it meets the base of the skull.

How does Kundalini Awaken?

Kundalini can also awaken as a result of trauma, illness, a near-death experience, in a dream, through Shaktipat (being awakening by a Guru), through mis-use of drugs, because of past-life awakenings or by having sex with someone who has an awakened Kundalini.

What’s the point of Kundalini Awakening? What’s she doing?

The point of the awakening is the true beginning of the journey back to God. It is the surrender of the ego-self to the Divine.

The point. my friend, is self-realization.

Also the point of yoga.

Hence the intertwining of Kundalini and yoga.

Often Kundalini Awakening is perceived as the realization, as it’s often accompanied with all kinds of mystical experiences like bliss, oneness, lights and pretty colours.

In reality however, Kundalini Awakening is only the beginning of the journey. Now that the sleeping Goddess is arising, the real work begins!

And that real work can be bloody awful.

Once Kundalini Awakens, she purifies the body, mind and spirit as she rises to the crown. Traditionally, spiritual practice would clear the subtle body – or the psyche if you like – so that when Kundalini finally did awaken, it would be a smooth and easy transition from the root chakra to the crown chakra.

If, like me, Kundalini awakens before you’ve dealt with all your shit… well that unconscious shit is made conscious is all kinds of weird and wonderful ways.

Trust me on this one, you don’t want to force a Kundalini Awakening.

You probably don’t even want to try and gently seduce one either! Not unless you’re a serious spiritual practitioner under the guidance of a damn fine teacher.

The process of purification required by Kundalini as it ascends the spine can be extraordinarily intense and difficult. It can lead to hospitalization, institutionalisation and it can be complete disorientating in the context of a consumer, materialistic society.

Once Kundalini awakens, “Real life” will never be the same again.

So if you’re trying to make it happen, be sure that you truly understand the depths of your desire, and the difficulty of the path, because there’s every likelihood that if you did succeed in awakening Kundalini, you will wish you hadn’t.

The purification process of this energy transformation can be bringing up latent diseases, muscle spasms, joint problems, digestive problems. People can go through all kinds of things. Hot flashes and sweats and things, numbing sensations, all kinds of things that can happen that aren’t the most pleasant ones that you might hear about in terms of spiritual transformation.

Got that? It’s not all psychic powers, bliss and oneness. It’s the hard work of the spiritual path, only once Kundalini awakens, you’re not in charge anymore, she is. There’s no getting off the ride. You gotta do what you gotta do.

How do I know if I’ve had a Kundalini Awakening?

Firstly, if you’re having weird physical symptoms, rule out any medical issues by getting a thorough and complete check-up. No matter how intense and strange your physical reactions are, and regardless of whether it’s Kundalini or not, your response needs to be grounded in reality. Look after your physical body and seek professional help.

Kundalini can manifest in many different ways – often it’s experienced initially as an intense heat or energy rising up the spine and exploding out the crown chakra. Sometimes it can be as mild as a yearning to know God.

There’s often a period of total bliss or oneness, where reality shifts and your experience of consciousness expands out until you are everything and everything is you.

My first experiences (after the heart-open bliss which only lasted an hour or so) were spontaneous jerkings of the body that totally freaked me out.

Whether you practice yoga or not, you may find your body spontaneously moving into yoga kriyas that you’ve never seen before. This also happened to me, and still does.

This spontaneous arising of yoga postures is Kundalini’s way of cleansing your system of all impurities, and eventually, as you release all the knots of the psyche, these movements turn into yoga postures.

A Kundalini Awakening also brings up all the unconscious stuff, and all the shadow stuff. Life can get really, really tough. There can be all kinds of intense emotions. Anything you’ve denied, stuffed away, rejected, forgotten about… it’s all got to be dealt with.

This is the process. This is why it’s not advised to attempt to force an awakening by yourself. It is not a path to step on to lightly.

Plus – yes, there’s more – once Kundalini is awakened, it’s likely that your life will conspire to create situations where you get to work through your karma at an accelerated rate. This is an article (or book!) all on it’s lonesome.

How do I make sense of a Kundalini Awakening?

It’s important to know that while Shakti is ascending the spine, so too is Shiva descending the spine. The point of awakening is not to transcend our material life, but to bring the Divine into it.

A Kundalini Awakening is a process of purification of our bodies and psyches so that we’re strong enough to embody the Divine in this life.

As the Dalai Lama says:

The meaning of life is to embody the Transcendent

Not to transcendent… but to embody the transcendent. Shakti is calling Shiva down even as she arises to meet him.

So a Kundalini Awakening will literally rewire your nervous system so you can handle greater and greater currents of Prana.

You become more alive, more passionate, more joyful, more loving… if you stay with the process, if you surrender to the Divine, if you accept the flow of grace and love into your life, ifyou can accept and love yourself completely… yup.

This is not a path for the faint-hearted.

But once you’re on it.

There’s no stepping off.

Kundalini does not go back to sleep.