David Welch: What does it mean to awaken? 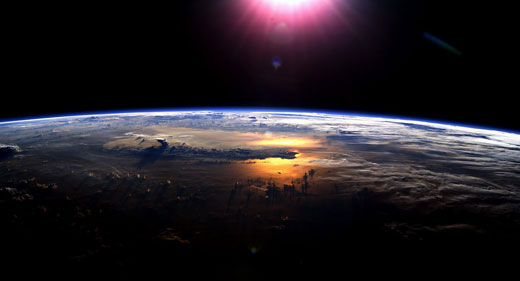 Catherine Ingram:  You know, over the many years that I’ve considered these matters, that understanding—about what it means to be awake in this world– has shifted with time. Initially it would have had to do with coming to terms with my own crazy mind and having some space around it in which I could exist–living in the quiet that contains the mind rather than being lost in my stream of neurotic thought. I would have answered a question many years ago by focusing on my own personal experience of greater well being, greater clarity of my own mind and heart. But I would say that what that means to me these days and for quite some time has more to do with an awakening to what is going on in my own time on this planet.

In other words, we’re living in a very intense historical moment. It is possible, and I don’t mean to start out this interview with scary thoughts, but it’s possible that we may be some of the last humans to exist. We’re watching a huge destruction of life–a record-breaking speed of extinctions and the increased warming, which portends exponentially more. So, what it means for me to be awake in this time is to pay attention to the context in which I’m living in which there is a massive amount of suffering. Being awake, for me, means to hold this realization in the heart–to face not only one’s own extinction, one’s own death, but the possibility of our species’ extinction.

So, I would say that in addition to my own longtime need for some kind of imperturbability around the troubling aspects of my personal life, there is also an urgency to face what’s happening on the planet. This has been a part of my spiritual interest since my first book, In the Footsteps of Gandhi, which I wrote nearly 30 years ago, but it is ever more the case in these times.

David: I have to agree with you. It’s my opinion that climate change and a lot of the challenges Mother Earth is facing right now is due to the masculine running amok. In short, I believe that the planet is too patriarchal. So, my question is how do we get society to embrace and incorporate the Divine Feminine, i.e., how do we get the planet to be more balanced?

Catherine: I don’t know. It’s as though there is now a race between the forces of goodness and the forces of destruction. And I don’t know how we can speed anything up on our side of the equation. I just don’t know. I see that there is a flowering of consciousness, I see that many people, perhaps more than ever, are awakening in terms of being aware of all the things we’ve just discussed. I don’t know how it can go any faster. Everything is going exponentially faster on its own. The awakening is going faster but the destruction is going faster as well. I think all we can do is to carry on with what we are doing and to do it for its own sake, to do it for standing on the side of what we see as the side of the angels, the side of goodness. Stand on that side no matter what comes down.

There is a line I love to quote from W. S. Merwin: “On the last day of the world. I would want to plant a tree.” And I feel that that’s what it comes down to. It’s almost like living in hospice. Suddenly things get crystalline clear and you realize you just want to give away the store, you want to be loving, you want to forgive, you want to be easy in yourself, you want to be gentle on the earth even if in the end it may not make much difference. It makes a difference in your heart in the now.

David: How is Buddhism a process in awakening?

Catherine:  Well, let me just clarify this, I am no longer a practitioner of Buddhism. I haven’t been to a Buddhist retreat since 1991.

Catherine: (Laughing) Yeah, I know, I don’t know why I always get categorized that way. I’m very post-mindfulness. But certainly there is a place for the wave of mindfulness practice that’s going on worldwide. I see it as a very beginner level technique, frankly very mind-y. It’s very mind-focused so that you are a constant mental task, constant mental notation, which serves a purpose and has its place to a point. However, there can come a point where that constant noting becomes tedious and also a little distancing from the immersion into a lived experience. So, my recommendation is not to do mindfulness practice for very long.

David: Not to do mindfulness for very long? And what exactly is mindfulness?

Catherine: Well, the classic way that mindfulness has been taught is, as I said, mental notation. It’s noting the minutia of experience. Noting the breath, noting sensations, noting thoughts, noting pain, noting smelling, tasting, and so on. This serves a function in that it allows people to get some concentration and to direct their attention. That does help initially. But after a point, you don’t want to be spending your life in this kind of notation or even spending very much time in a retreat or anywhere in that kind of notation. It can come in handy, it’s nice to have in your toolbox, like if you’re at the dentist or any number of things where you just really need to focus on your breath or just simply witness a difficult moment through notation. But, beyond that, I would say as a way of life, it’s tedious. This has been the experience of many former mindfulness practitioners who used it only as a beginner practice. I did that practice for seventeen years from 1974 to 1991, far longer than was necessary, and now only use it once in a blue moon when, say, I have extreme pain.

But, as an ongoing awareness, there’s another way that’s much more relaxed, a choiceless awareness as Krishnamurti called it–a floating awareness, an ease of being, what Eckhart Tolle talks about, just the simplicity of presence and experiencing yourself as what I like to call an awake animal. Living wordlessly in your senses, in embodiment, living fully in your taste of this existence right now without any need to name it. And, I have observed over many years of leading retreats that the more one is able to be in that kind of relaxed flow, the more insight arises, the more gentleness, love, joy, discernment—all arising very naturally. My book Passionate Presence is about this very point. It’s about the qualities that arise naturally when you’re in that kind of relaxation and when that becomes the habit, the default setting in your life.

David: What has happened in your life that you feel is significant in your own awakening?

Catherine: Well, I have always been a student of mind. I began asking philosophical questions when I was about twelve years old. I don’t know why. Maybe we could say I had a really rough childhood, which I did, but maybe I was just made that way. I had great interest in wanting to peel back Oz’s curtain and see what this life is about and how does one survive it with one’s sanity intact. I was always aware of suffering, I’ve had a lot of loss in my life. A lot of loss in the past and continual loss ever since. I think I’m also hypersensitive to loss and to grief so I had a great need for finding something to make sense of it.

I became a seeker a long, long time ago. I would voraciously read anything I could find that was out of the ordinary. I grew up in Virginia and there wasn’t much around in those days. I mean it’s hard to imagine in these days of the Internet that information would be hard to come by, but in those days, as you probably know, it was. There was nothing around so you had to ferret it out the best you could. So I became very intensely a seeker in my late teens and in my early 20s. I was studying the philosophies of Asia and by the time I was 22, I was practicing Buddhist meditation. That was the trajectory. So, yes, I guess the answer to the question is that it was just sort of my nature. For instance, for the past two or three years I find myself studying climate science, and I have been delving into that with the same kind of fervor that I was reading and studying dharma for decades. Now I’m very much interested in the earth sciences as I see that information as the most important of our time.

Read Part II Here: “Consider The Lilies Of The Field, They Toil Not.”

Read Part III Here: “Consider The Lilies Of The Field, They Toil Not.”

Since 1992, Catherine Ingram has led Dharma Dialogues, public events of inquiry into the nature of awareness and the possibility of living in awakened intelligence. She is the president of Living Dharma, an educational nonprofit organization dedicated to inquiry and service with offices in Portland, Oregon, and Los Angeles, CA. Catherine also leads numerous silent retreats each year.