by Gary Zukav:  Nothing requires more courage than spiritual growth. 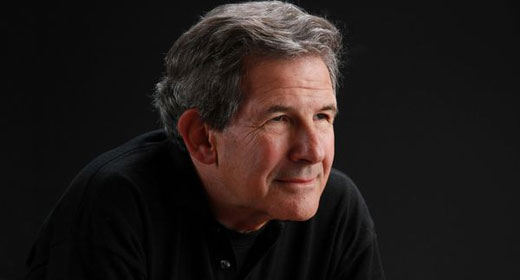 When I was in the Special Forces (Green Berets) in Vietnam, my missions were Top Secret, such as monitoring the Ho Chi Minh trail where it ran through Laos. I was frequently in territory controlled by the Viet Cong and the North Vietnamese Army, and my air support was top priority, as our government would have been embarrassed if our team were captured in Laos. I thought that these activities required ultimate courage, but they did not.

As brave as I was (or acted), I did not realize that being in the Special Forces in Vietnam, and (clandestinely) in Laos, were all consequences of fear–my own. My experiences in Southeast Asia and later at home revealed to me far more about fear and courage than I could have imagined.

I thought that parachuting with equipment on my back, rappelling from helicopters, and conducting night patrols in enemy territory required maximal courage, but as frightening as these activities were for me, they were not as challenging as experiencing the fears that controlled most of my life: the fear of trying and failing, of not living up to the expectations of others or myself, and of being rejected.

My life was painful, but I was only dimly aware of it. Instead, I felt a magnetic attraction to the military, and while I was in it I masked the pain of my fears with pride in my uniform and mission. I identified with being a soldier, and especially an elite one. It momentarily anesthetized me but I remained angry and frightened. Since I could not experience my fears, I could not change them–the same fears that enlisted me in the Army, volunteered me for Vietnam service, and then for the most dangerous assignments.

I thought that I was living courageously when I was in the military, but I later discovered that I was using my courage to avoid very painful experiences that we all share: the feelings of being inadequate, ugly inside, defective, unlovable, and longing to belong and not belonging. These are the experiences of powerlessness.

The spiritual path requires the courage to become aware of everything that you are feeling, including your fears. This is challenging because fear hurts — it hurts to be angry, jealous, to feel superior, and to hate. In fact, these experiences, among others, are ways that people avoid experiencing the pain of powerlessness. Fear takes many forms, such as anger, jealousy, vengefulness, righteousness, feeling superior (as I did), and more. All of them are painful to experience, but not as painful as the direct experience of powerlessness–and all of them create consequences that are painful to encounter.

In my book The Heart of the Soul: Emotional Awareness, co-authored by Linda Francis, my spiritual partner, I show how to experience everything that you are feeling and how to use your emotions to grow spiritually.

Living courageously is not a macho, or boastful, way of life. It is as challenging for women as for men, for the elderly as for the young, for the poor as for the wealthy, to become aware of everything that you are feeling, but if you do not have the courage to experience and challenge your fears, you will remain frightened, angry, jealous, resentful, etc. In fact, you will die frightened.

Living courageously is the only way to become humble, clear, forgiving, and loving. These are the characteristics of an authentically empowered personality, and only the courageous can create them.