From The Arctic’s Decline To The Green New Deal’s Rise: 3 Environmental Stories To Watch 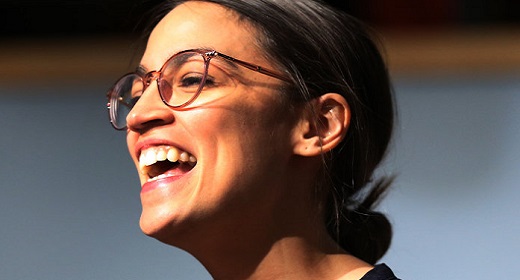 Environmental stories just kept coming this year as the consequences of climate change increasingly pushed their way into people’s lives and as we faced dire predictions about how much time we have left to avoid climate breakdown.

As we move into 2019, we’ve compiled three big environmental stories to watch in the coming year.

1. The Terrifying Decline Of The Arctic

Arctic wildlife is under threat. Populations of wild reindeer, also known as caribou, have declined more than 50 percent over the last two decades, with some herds in the Alaska-Canada region shrinking by more than 90 percent. Causes of the declines are complex, but the overarching factor is climate change.

Arctic ice (like its Antarctic counterpart) is also disappearing at an alarming rate ― and trends indicate it’s only going to get worse. In 2018, for the first time in recorded history, the oldest and thickest sea ice in the Arctic broke up twice, partly thanks to heat waves that swept much of the Northern Hemisphere. If that weren’t devastating enough, the National Oceanic and Atmospheric Administration’s latest Arctic Report Card found that over the past three decades, the oldest Arctic ice has declined by an overwhelming 95 percent.

The Arctic is in trouble, and that’s a huge problem for all of us. If it starts to see entirely ice-free summers, the dark ocean water will absorb solar heating that would otherwise be deflected by the ice cover, warming the planet even more ― in turn contributing to even more extensive ice melt.

The most recent Intergovernmental Panel on Climate Change report suggests that at least one sea-ice-free Arctic summer would be expected every 10 years if global warming reaches 2 degrees Celsius, with that number decreasing to once every hundred years at 1.5 degrees Celsius of warming. Either scenario is likely to spell disaster for wildlife, with warming of 2 degrees or more expected to lead to critical habitat losses for polar bears, seals, whales and sea birds, according to the IPCC.

It’s vital to limit temperature increases by reducing greenhouse gas emissions. But even if existing national pledges to curb emissions were all being met (which they’re very much not), they currently set us up for around 3 degrees Celsius of warming this century.

2. The Rise Of The Green New Deal

The U.S. has a lot to answer for when it comes to climate change. Despite being the biggest carbon polluter in history, it is going backward when it comes to acknowledging and addressing the issue in any sort of meaningful way.

A policy, in reality more of a suite of policies, known as the Green New Deal is gaining prominence as a way of helping the U.S. rapidly scale back fossil fuel use while also creating jobs. Previously a fringe idea, the proposal has gained increasing coverage given a slew of terrifying reports about the urgency of climate change.

Championed by Rep.-elect Alexandria Ocasio-Cortez (D-N.Y.), the Green New Deal, which currently has bipartisan support, calls for 100 percent of U.S. electricity to be generated from clean sources within the next decade, an investment in energy efficiency and renewables, and the provision of training for jobs in the green economy.

And while the Democrats this month blocked Ocasio-Cortez’s push for a select committee on the Green New Deal, activists and progressive politicians say they will continue the fight. The policy is expected to be a major issue in the run-up to the 2020 presidential election.

When 15-year-old Swedish schoolgirl Greta Thunberg stood up at the December United Nations climate change talks in Poland, she delivered a brutal message to negotiators and diplomats: “We have not come here to beg world leaders to care,” she said. “You have ignored us in the past and you will ignore us again. … We have come here to let you know that change is coming, whether you like it or not. The real power belongs to the people.”

Thunberg is one of the more prominent voices in a global movement of young people who are refusing to let politicians drag their feet on climate change, and who are prepared to take direct action.

In between the dire environmental news of 2018 about everything from fatal forest fires and toxic plastics pollution, to a surge of investment in the dirtiest fossil fuels and Donald Trump’s determination to roll back environmental policy, there has been a surge of environmental activism that is set to spread and strengthen in 2019.

In December, thousands of young protesters affiliated with the Sunrise Movement staged a demonstration outside the Capitol Hill office of House Minority Leader Nancy Pelosi (D-Calif.) to demand bold action on climate change, including support for the Green New Deal.

In the U.K., Extinction Rebellion has been blocking traffic to disrupt the economy and force greater attention on the climate crisis. The protest group, which promotes nonviolent civil disobedience, has now spread to 35 countries including the U.S. In an open letter published in The Guardian, backers of the Extinction Rebellion wrote, “We must collectively do whatever’s necessary non-violently, to persuade politicians and business leaders to relinquish their complacency and denial.”