by Wendy Becktold: The Trump administration is touting fossil fuels at COP—again… 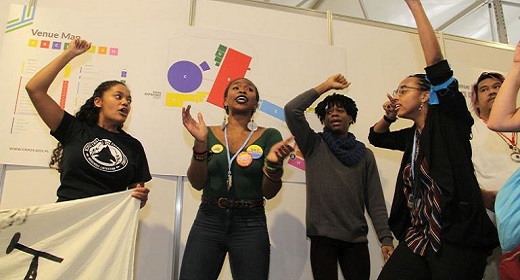 On Monday afternoon, Garrett Blad, a young environmentalist from South Bend, Indiana, was sitting in a conference room at the UN climate talks in Poland (also known as COP24), listening to a group of Trump administration officials.

Their presentation, titled “U.S. Innovative Technologies Spur Economic Dynamism,” was the U.S. delegation’s sole public appearance at the UN climate talks. Its purpose was to promote the use of coal, oil, and gas in the name of global energy security. Wells Griffith, President Trump’s adviser on global energy and climate, was one of the presenters. So was Steve Winberg, the assistant secretary for fossil energy at the Department of Energy, and Rich Powell, the executive director of the ClearPath Foundation. They announced that, rather than transition away from fossil fuels—the whole point of the climate talks—the U.S. would be mining more coal and building more coal plants.

Blad started to laugh, along with nearly 100 other people there to protest the meeting. “The whole event was just so ironic,” he told Sierra by phone.

Blad could see that about one row, out of what looked like about 250 seats in the conference room, was taken up by Trump administration allies. The protesters began chanting “Keep It in the Ground,” and a group of them walked up onto the stage.

The panelists could hardly have been surprised. At last year’s UN climate talks in Germany, the U.S. delegation held a similar panel, touting fossil fuels as a way to end global poverty. It was interrupted by a group of protesters and ridiculed by other delegates. As former New York mayor Michael Bloomberg put it at the time, “Promoting coal at a climate summit is like promoting tobacco at a cancer summit.”

None of that prevented the Trump administration from doubling down on its misinformation, even though, this year, the stakes of the administration’s climate denialism are even more clear.

The recent IPCC report states that while countries under the Paris accord agreed to work together to prevent atmospheric warming of no more than 3.6°F (2°C), dire effects are likely to occur with only 2.7°F (1.5°C) of warming. The U.S. government’s own National Climate Assessment, released just a few weeks ago, warns that climate change will fundamentally alter American society and threaten the health and well-being of most Americans.

Both reports lend added urgency to the climate talks in Poland, as countries hash out the rules by which they will meet their obligations under the Paris Agreement. 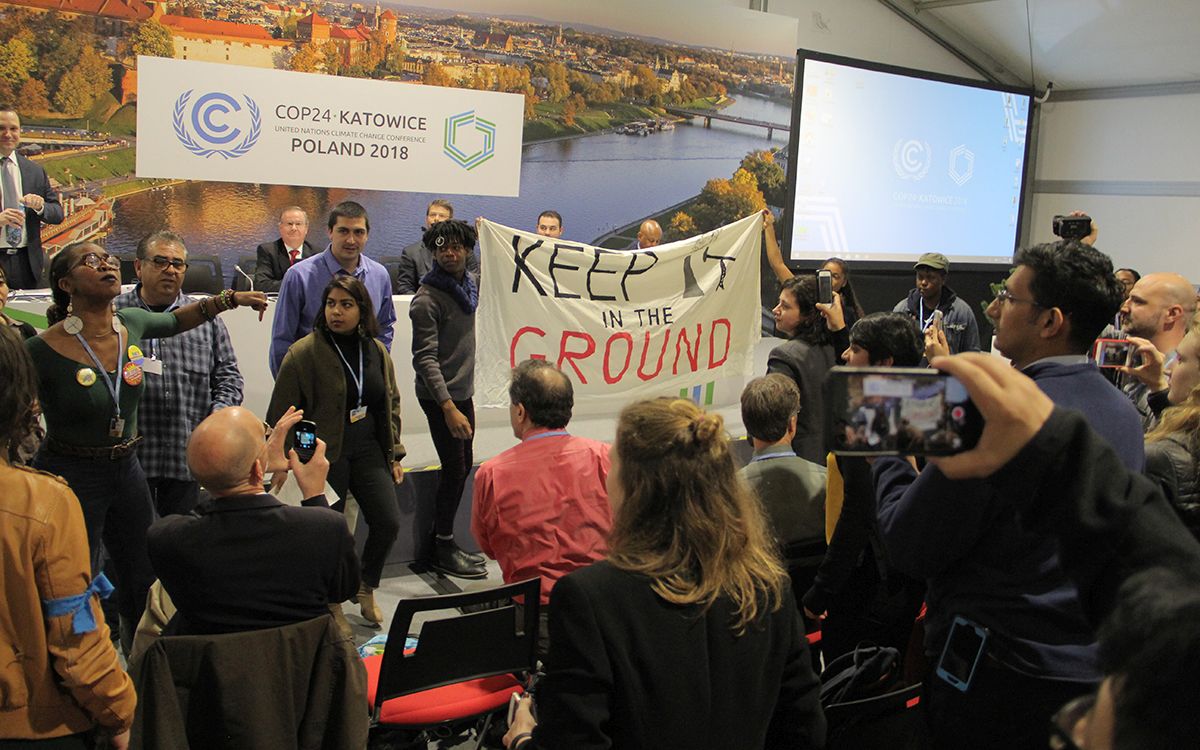 But commitment to the agreement is showing signs of fraying, thanks largely to the Trump administration. Over the weekend, it sided with Saudi Arabia, Kuwait, and Russia to block language that would imply the conference accepts the findings of the IPCC report. This was a huge disappointment to diplomats who had operated under the hope that despite the administration’s goal of withdrawing the United States from the Paris Agreement, the administration would not actively undermine it.

Blad, who is the executive coordinator at SustainUs—an organization that trains young people in advocacy—said that he and other activists attended the presentation in order to send the message that when it comes to climate change, the Trump administration does not represent the majority of Americans. “Most people understand that climate change is hurting them, and they want the government to do something about it.”

Once on stage, several people who had come to protest the presentation talked about their own experience of pollution and climate change. Leona Morgan of the Diné people spoke about the destructiveness of uranium mining in the American southwest. Aneesa Khan detailed how floods and droughts have damaged her family’s home in India.

For Blad, the protest on Monday was a high point of the negotiations in Poland, which along with other global events like the recent riots in France over a gas tax, have left him feeling resigned. “These talks are really important,” he said, “because a lot of countries are depending on climate financing to transition out of fossil fuels. But it has become clear that there is a vacuum of leadership at the international level. The only way to instill hope in this process is to elect a president in 2020 who is passionate about leading on this issue.”

For now, Blad looks to the rest of America to feel inspiration. On Monday, hundreds of youth activists with the Sunrise Movement protested on Capitol Hill, orchestrating sit-ins inside the offices of Representatives Nancy Pelosi, Steny Hoyer, and Jim McGovern and calling for the establishment of a Green New Deal. An alliance like this, Blad thinks, could usher in the leadership that is required to radically change direction.

Meanwhile, at COP24, the protestors finished making their speeches. Another round of chanting started, and the group filed off the stage and out of the conference room. “Then what happened?” this reporter wanted to know. “Did the panel resume its presentation?”