by James Urton: When Seattle Public Schools announced that it would reorganize school start times across the district for the fall of 2016, the massive undertaking took more than a year to deploy… 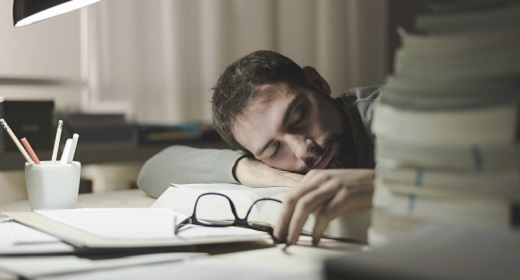 Elementary schools started earlier, while most middle and all of the district’s 18 high schools shifted their opening bell almost an hour later — from 7:50 a.m. to 8:45 a.m. Parents had mixed reactions. Extracurricular activity schedules changed. School buses were redeployed.

And as hoped, teenagers used the extra time to sleep in.

In a paper published Dec. 12 in the journal Science Advances, researchers at the University of Washington and the Salk Institute for Biological Studies announced that teens at two Seattle high schools got more sleep on school nights after start times were pushed later — a median increase of 34 minutes of sleep each night. This boosted the total amount of sleep on school nights for students from a median of six hours and 50 minutes, under the earlier start time, to seven hours and 24 minutes under the later start time.

“This study shows a significant improvement in the sleep duration of students — all by delaying school start times so that they’re more in line with the natural wake-up times of adolescents,” said senior and corresponding author Horacio de la Iglesia, a UW professor of biology. 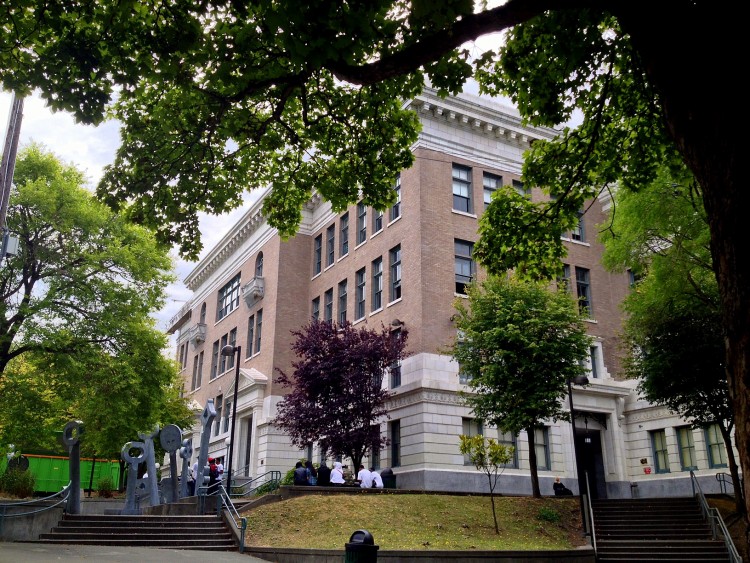 The study collected light and activity data from subjects using wrist activity monitors — rather than relying solely on self-reported sleep patterns from subjects, as is often done in sleep studies — to show that a later school start time benefits adolescents by letting them sleep longer each night. The study also revealed that, after the change in school start time, students did not stay up significantly later: They simply slept in longer, a behavior that scientists say is consistent with the natural biological rhythms of adolescents.

“Research to date has shown that the circadian rhythms of adolescents are simply fundamentally different from those of adults and children,” said lead author Gideon Dunster, a UW doctoral student in biology.

In humans, the churnings of our circadian rhythms help our minds and bodies maintain an internal “clock” that tells us when it is time to eat, sleep, rest and work on a world that spins once on its axis approximately every 24 hours. Our genes and external cues from the environment, such as sunlight, combine to create and maintain this steady hum of activity. But the onset of puberty lengthens the circadian cycle in adolescents and also decreases the rhythm’s sensitivity to light in the morning. These changes cause teens to fall asleep later each night and wake up later each morning relative to most children and adults.

Scientists generally recommend that teenagers get eight to 10 hours of sleep each night. But early-morning social obligations — such as school start times — force adolescents to either shift their entire sleep schedule earlier on school nights or truncate it. Certain light-emitting devices — such as smartphones, computers and even lamps with blue-light LED bulbs — can interfere with circadian rhythms in teens and adults alike, delaying the onset of sleep, de la Iglesia said. According to a survey of youth released in 2017 by the U.S. Centers for Disease Control and Prevention, only one-quarter of high school age adolescents reported sleeping the minimum recommended eight hours each night.

“All of the studies of adolescent sleep patterns in the United States are showing that the time at which teens generally fall asleep is biologically determined — but the time at which they wake up is socially determined,” said Dunster. “This has severe consequences for health and well-being, because disrupted circadian rhythms can adversely affect digestion, heart rate, body temperature, immune system function, attention span and mental health.” 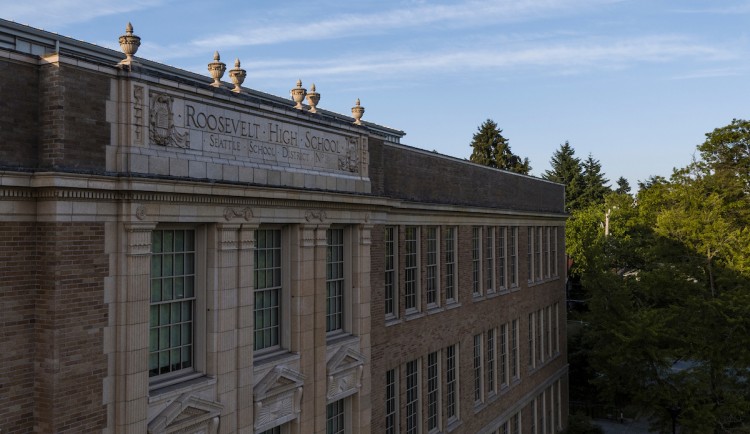 The UW study compared the sleep behaviors of two separate groups of sophomores, all enrolled in biology classes at Roosevelt and Franklin high schools. One group of 92 students, drawn from both schools, wore wrist activity monitors all day for two-week periods in the spring of 2016, when school still started at 7:50 a.m. The wrist monitors collected information about light and activity levels every 15 seconds, but no physiological data about the students. In 2017, about seven months after school start times had shifted later, the researchers had a second group of 88 students — again drawn from both schools — wear the wrist activity monitors. Researchers used both the light and motion data in the wrist monitors to determine when the students were awake and asleep. Two teachers at Roosevelt and one at Franklin worked with the UW researchers to carry out the study, which was incorporated into the curriculum of the biology classes. Students in both groups also self-reported their sleep data.

The information obtained from the wrist monitors revealed the significant increase in sleep duration, due largely to the effect of sleeping in more on weekdays.

“Thirty-four minutes of extra sleep each night is a huge impact to see from a single intervention,” said de la Iglesia.

The study also revealed other changes beyond additional shut-eye. After the change, the wake-up times for students on weekdays and weekends moved closer together. And their academic performance, at least in the biology course, improved: Final grades were 4.5 percent higher for students who took the class after school start times were pushed back compared with students who took the class when school started earlier. In addition, the number of tardies and first-period absences at Franklin dropped to levels similar to those of Roosevelt students, which showed no difference between pre- and post-change.

The researchers hope that their study will help inform ongoing discussions in education circles about school start times. The American Academy of Pediatrics recommended in 2014 that middle and high schools begin instruction no earlier than 8:30 a.m., though most U.S. high schools start the day before then. In 2018, California lawmakers nearly enacted a measure that would ban most high schools from starting class before 8:30 a.m. In 2019, Virginia Beach, home to one of the largest school districts in Virginia, will consider changes to its school start times.

“School start time has serious implications for how students learn and perform in their education,” said de la Iglesia. “Adolescents are on one schedule. The question is: What schedule will their schools be on?”

Co-authors on the study are Luciano de la Iglesia, Miriam Ben-Hamo and Claire Nave at the UW; and Jason Fleischer and Satchidananda Panda at the Salk Institute in La Jolla, California. The study was funded by the National Science Foundation and the University of Washington.

To reach the teachers involved in this study, contact Tim Robinson with Seattle Public Schools at +1 206-252-0203 or tirobinson@seattleschools.org.