The Spiritual Foundation Of Yoga

by Gudjon Bergmann: Yoga is at least three things… 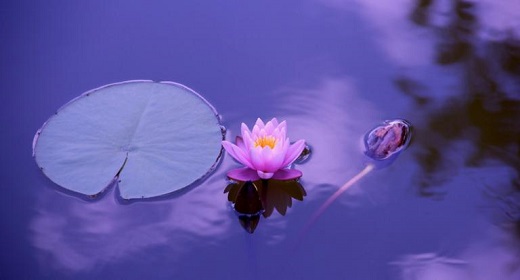 First, yoga is an experiential state of union.

Second, yoga is a philosophy that explains the existence of that which does not change or that which is permanently present, aka, Atman, Self, Soul, Spirit.

These three categories partially explain how we ended up with different paths of yoga, but for a deeper explanation, we can look to ancient and exceptional insights into human nature.

Teachings Based on Natural Tendencies

The rishis (ancient Indian seers) created several paths towards enlightenment—i.e. becoming aware of that which does not change—that were supported by natural tendencies already present within human beings. They realized that three things, namely action,emotion, and intellect, were the main drivers of human activity. In their wisdom, they noticed that although people are influenced by all three, each person has a predominant mode of operation and can be categorized as mostly active, emotional or intellectual.

The rishis primary objectives were to teach people how to uncover that which does not change and is permanently present for themselves but—and this is the pure genius of it—instead of trying to teach techniques in a way that they themselves liked to learn in, the rishis approached people where they were.

That is how the four major paths of yoga were born.

The Yoga of Action

For active persons, the rishis created the path of Karma Yoga, the path of non-attachment. Instead of focusing on the outcome, the Karma Yogi sees action as its own reward. By dwelling firmly in the present moment and detaching himself from the results of his actions, he uncovers the ever-present essence.

The Yoga of Love

For emotional persons, the rishis created the path of Bhakti Yoga. Through prayers, chanting, and ceremonies, the practitioner is lifted out of emotions of darkness, anger, fear, and despair, into loftier emotions of love, empathy, and compassion. While dwelling in those altruistic emotions that which does not change and is permanently present can be uncovered.

The Yoga of Intellectual Discernment

For rational persons, the rishis created the path of Jnana Yoga, where the intellect is used as a scalpel to remove illusions. The Jnana Yogi uses the mantra, Neti-Neti, which means, not this-not that, to identify everything that changes, thusly uncovering what is left, i.e. the unchanging or permanent nature of the Self. It is an exclusionary method. By uncovering that which is not, you uncover what is. The body changes, Neti-Neti, then it is not the Self. The mind changes, Neti-Neti, then it is not the Self, and so on, until nothing’s left except that which is permanently present.

“Where are the postures, the breathing techniques, and the meditation?” you may ask.

For all of that, we have the path of Raja Yoga. Raja means emperor or king, the highest form a human being could take in the days when yoga was born. That is why Raja Yoga means the highest or supreme yoga. It includes ethics, postures, breathing techniques, sensory withdrawal, concentration, and meditation. From Raja Yoga comes Hatha Yoga, the yoga of energy balance, from which are derived the yoga postures that many call yoga in the West today. The Raja Yogi devotes his or her life to the practice of yoga through systematic effort and eventually unveils that which is eternally present.

The Central Objective of All Paths

Unveiling that which does not change and is permanently present—as in ‘thou art that’ (Upanishads)—is the central objective of yoga. In fact, you can measure whether or not something is yoga by asking a simple question: Does the practice help the practitioner unveil that or is it covering it up?

For example, without proper attitude, yoga postures can easily lead to a narcissistic attachment to the body. The body is constantly changing and an attachment to it does not help one reveal the underlying reality. Therefore, if practiced with an attitude of attachment to health, strength, or flexibility, the postures are no longer yoga, but rather an exercise in egotism (ego is used here to define attachment to parts of ourselves that are impermanent). Only when the positions are used as a means to an end—practiced to prepare the body for meditation—are they an integral part of yoga.

As you can see, intention matters. When you are in doubt, apply the test. Ask, does the practice help me or keep me from unveiling the ever-present essence? If your answer is that it helps, then it is yoga, if it hinders, then it is not yoga.

Three of the four major paths of yoga are based on human psychology. Only one is a compilation of techniques. All other so-called paths and modern trademarks are derived from these four paths. The paths are like four sides of a pyramid. All lead to the same pinnacle. The goal of each of the four paths remains the same and is spiritual in nature; to unveil that which is permanently present and does not change. If you are interested in yoga as a spiritual practice, it is important to remain aware of that.