by Kedar Nath: Yoga Nidra is also known as the sleep of Yogis. It is a powerful meditative technique from the tantras in wich one relaxes with absolute awareness… 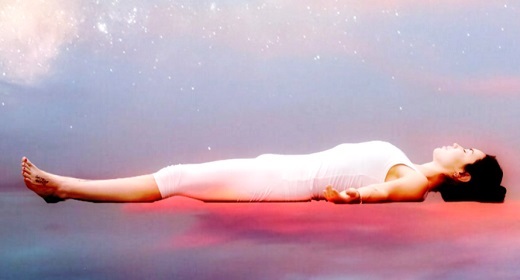 Yoga Nidra is a powerful meditative technique derived from the Tantras, in which one relaxes with complete awareness. In Yoga, sleep is not regarded as relaxation; for absolute relaxation, one must remain aware. This is the main principle of Yoga Nidra, the state of dynamic sleep, otherwise known as the sleep of the Yogis.

YOGA NIDRA, THE MIND AND THE SENSES

Ordinarily, our minds remain in a constant state of wavering. Through consistent practice of yoga Nidra, our minds learn to relax. This way the mind becomes free from tension and restlessness, and learns to become one-pointed.

The process of Yoga Nidra, involves temporarily suspending the connection between the mind and the senses. Normally our senses carry stimuli to the brain, the messages are recorded and subsequently the motor organs become stimulated. This process takes place, even if we’re not conscious of it. The final aim, is for no message to get through to the motor organs during the practice, a state which Yoga calls, Pratyahara which translates to sense withdrawal. Pratyahara is the fifth limb of Patanjali’s Raja Yoga and takes place when our consciousness disengages from the gyanendriyas – the sensory organs, and the karmendriyas – the motor organs.

The main components of Yoga Nidra are: Awareness of the body and breath, Rotation of consciousness and the development of feelings and visualisations.

The practice is recommendable for all, not only those who are physically and mentally exhausted. It will help rejuvenate and revive the physical, mental and emotional personality; liberating us of our multiple distresses. It is especially recommended for spiritual aspirants who suffer from fear, anxiety, stress, anger, greed and other related imbalances; It brings greater awareness and mental clarity to all practitioners.

THE STATE OF YOGA NIDRA

The state of Yoga Nidra lies between sleep and wakefulness, where we make contact with the subconscious and the unconscious mind. All our past memories are stored here. Those that are particularly painful and negative are generally pushed into the unconscious, where they are still active and act as the source of all our unreasonable fears and preoccupations. Our instinctive desires, which continually condition our conscious mind also lie here. When these instinctive drives are denied conscious fulfilment, the repressed energy accumulates and manifests as tension. This is usually the biggest and most profound source of tension in any human being.

During the practice of Yoga Nidra, we give these repressed energies expression, by which we reduce their force, and thereby our tensions and anxiety. It is generally recommended, that the first few times, we practice Yoga Nidra in a class environment, where a teacher can give us instructions. However, if this is not possible, a recording from an adequate teacher should be obtained to guide us through the practice.

Yoga Nidra should be practiced in Shavasana or the lying pose in the beginning stages. It is best to lie on a mat with a blanket to ensure our body temperature doesn’t drop. The eyes should be closed, the body completely relaxed and there should be no movement during the practice.

We proceed to relax the whole body systematically, rotating the consciousness and being aware of the different sensations and arising mental images. We do our best not to fall asleep. it is imperative we remain awake throughout the practice, without intellectualising it. At the end of the practice, the mind is withdrawn from the state of Yoga Nidra mindfully.

If we practice 20 to 30 minutes before bedtime, the quality of sleep will be greatly improved, and will commonly help clear many sleeping disorders.

During Yoga Nidra, a Sankalpa or resolve is made. It should be something of immense importance. This resolve is mentally repeated three times, and should usually be of a spiritual nature, or to improve some aspect of our personality. Sankalpas become very powerful during the state of Yoga Nidra, because they are planted into the depths of the subconscious, and over the course time, with regular practice, they spring into realities.

Note: Yoga Nidra should not be practices immediately after meals.

At the end of the practice, one should take time to enter back into the waking state. Practitioners who rapidly try to get up have often complained about headaches and migraines, indicating an overwhelmingly rapid shift between mental states. If this happens, it is best to lie in shavasana and practice awareness breath awareness.