How sex gets better when you’re older

by Randi Hutter Epstein: Expert tips on making things even hotter in your 50s, 60s, and 70s—and for clearing the obstacles in your way… 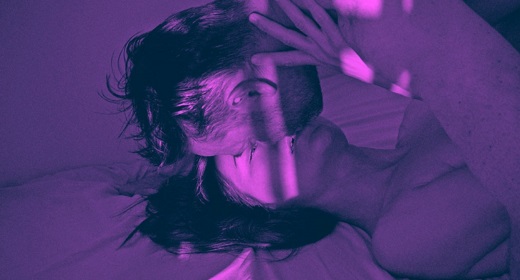 here’s a freedom that comes with sex after 50.

Experts say the key is not trying to recreate what we thought we liked in our twenties but to rejoice in a new kind of aging-body intimacy.

“One of the mistakes people make is thinking they want to go back to their twenties,” says Dr. Lori Beth Bisbey, an American psychologist and intimacy counselor living in London.

“Most of us in our twenties had no idea what we liked anyhow,’’ she says. “If you really talk to people, there was a lot of fumbling.”

Or, she adds, our younger selves were just doing what we thought we were supposed to like.

“By the time you get to your fifties,’’ Bisbey says, “Relationships can be a lot deeper and a lot more real.”

What we don’ t know

Few studies have tallied the sex lives of adults, perhaps because there’s not the urgency as there is to tally sex among teens and the policy implication linked to unwanted pregnancy.

One of the most recent surveys, published in 2007 in the New England Journal of Medicine found that about three-quarters of 3,000 men and women between the ages of 57 and 85 were sexually active.

A U.S. Centers for Disease Control study of older Americans found a 20 percent hike in sexually transmitted diseases (gonorrhea, syphilis and chlamydia) from 2015 to 2016. While not a tally of every sexual encounter, a rise in infections means folks are having sex (and not heeding advice ingrained in many teens).

To be sure, for some people with sexual intercourse problems, the solution may be pharmaceuticals.

For men with low testosterone, shots or gel can help. Testosterone, however, is not the panacea for all aging men; it works when a man actually has low-T, proven by two morning blood tests assessed by an accredited laboratory.

For some menopausal women, estrogen patches or pills or vaginal tablets can plump the thinning vaginal wall and relieve the discomfort of intercourse.

But all too often, intimacy issues are beyond a quick hormone fix.

“For some people, the changes with age are positive and it’s an opportunity to create a new sort of repertoire,” says Dr. Stacy Lindau, the investigator behind the 2007 sex survey and a professor of obstetrics and gynecology at the University of Chicago.

“Others feel ashamed and embarrassed,’’ she adds. “They really aren’t able to leverage the positive as much as we’d hope.”

Lindau is also the founder of WomanLab, a website that addresses issues of women’s sexual health.

Being single for the first time in decades prompts some of the 50-and-over crowd to re-examine sexual desires.

Bisbey, for instance, said some of her newly single patients are acting on latent homosexual desires for the first time. Longtime partners typically have lived through the “better and worse” of raising kids, careers, and health issues, all of which has a kind of collateral damage that singles may not experience.

Emotional stress can dampen desire. On top of that, those with the same longtime partner may find themselves entering new territory. The kids are out of the house, for instance, which puts a different focus on the me-and-you—again, for better or for worse.

But there’s an upside with age and consistency: a mature appreciation for the emotional connection and a newfound self-compassion for physical imperfections. Perhaps a few extra pounds in the midriff is no longer as embarrassing as it may have been in our post-teen years.

As one 54-year-old woman who is divorced and dating a man 14 years her junior put it, “My sex life is better now than ever before. My inhibitions are gone. Do I stress about my body? Sure, but not the way I used to.”

But there can still be stressors. The following is advice designed to clear any obstacles to a better time in bed.

Men over 50 need more touching to achieve an erection and, likewise, women need more foreplay to achieve orgasm. What do the experts say?

Enjoy the time. What’s the rush? Your parents aren’t going to be barging in. There’s no more curfew.

Or as, Lindau put it, older men need more “tactile stimulation” compared to their younger selves when visual stimulation was enough.

As Brian Loveman, a 57 year old married banker in New York City said “it’s much more intimate now. I’m not done in a minute anymore and that’s a big difference.”

Use it or lose it

Empty nests can put a spotlight on problems buried for years during the chaos of raising children.

Bisbey finds that couples in long term relationships are more hesitant to talk about sexual issues when everything else is so rock solid. They’d rather deal with the blasé sex than launch a potentially stressful discussion.

But a few uncomfortable moments can help smooth things out in the long run.

James Andrew is a 56-year-old interior decorator based in New York who has been with the same boyfriend for 13 years.

“The sex isn’t as frequent as it was in the beginning, but it’s better in a more meaningful way.”

Many people are taking drugs for blood pressure or other ailments that may dampen libido or impede erections. It’s important to discuss side effects with a physician, who may be able to modify the medication.

Also just knowing that what you are experiencing sexually is not about the relationship can help lead to a cure.

Some women who have been treated with hormones or lubricants for vaginal dryness may have lingering fears of pain. These concerns—and not the treated vaginal atrophy–hinder their sex life. A few sessions of cognitive behavioral therapy may help. Also yoga or meditation to relieve anxiety.

Sometimes the issue is learning to move your body again after a knee or hip replacement. Bisbey suggests learning new positions.

“Don’t let yourself be pushed into something that may be painful. For God’s sake, speak up and just say, ‘can we adjust. It’s not going to push someone away.”

Think about using a sex toy or even a bed wedge that can lift various parts of the body for you.

To be sure, when so much of our lives are displayed on social media, there’s something wonderfully encouraging that one part of our maturity can be cherished privately and pleasurably between two people.

“I think it’s time to rewrite the narrative,” said Bisbey. “I’m 55 and don’t see why I would give up such a rich part of my life.”