Marianne Williamson – A Return To Love

Marianne Williamson:  Excerpts from her book A Return To Love. Music by John Boswell, A Glimpse of Time from his Trust album. 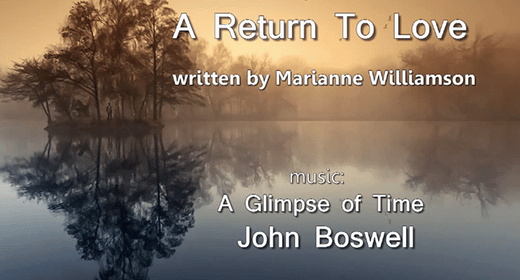 Though Jewish, Marianne’s “spiritual” journey was jump-started by A Course In Miracles (published in 1975). That source is quoted several times in the book and is much of the inspiration behind the book’s message. Marianne also taught the course at one time. A Return To Love (published in 1992) still rates as one of my top 5 books ever and opened my eyes in many respects.