Sadhguru throws light on the muladhara chakra, the energy center that constitutes the foundation of the human system… 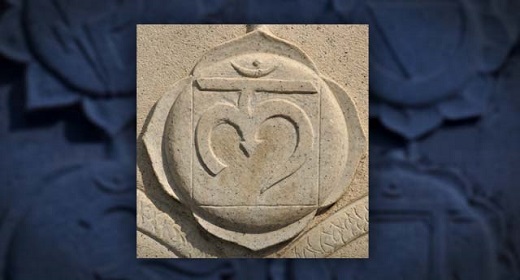 as well as the largely obscure, mystical science of kayakalpa, which is related to the muladhara and can lend a human being seemingly superhuman capabilities.

If you look at the human body – the fetus – just after conception, it is a tiny ball of meat. That tiny ball of meat has slowly arranged itself into what it is now. To arrange itself in this particular way, there is a kind of software which is known as pranamaya kosha or energy body. The energy body forms itself first and the physical body starts manifesting over that. If there are any distortions in the energy body, they will also manifest in the physical body.

The muladhara chakra is the foundation of the physical structure and the energy body.

So stabilizing the foundation is important. Unless the muladhara is stabilized, one will not know health, wellbeing, and a sense of stability and completeness. These qualities are essential for a human being to make an effort to climb high. You cannot make someone who is shaky on his legs climb a ladder, nor will he be willing. It takes a certain assurance in one’s body and mind to walk through life in an efficient and capable manner.

An entire school of yoga evolved out of the muladhara– from ways of doing things with the body to reaching one’s ultimate nature.

When we do yoga, we are more focused on the muladhara than anything else because if you stabilize this, the rest is easy to create. If the foundation of the building is loose and we try to hold up the building, it will be a daily circus.

That is what has happened to human life – holding themselves in some state of balance and wellbeing every day is a circus for most human beings. If the foundation is unstable, anxiety is natural. But if your muladhara is stable, life or death, you will be stable because your foundation is good and we can fix the other things later.

An entire school of yoga evolved out of the muladhara – from ways of doing things with the body to reaching one’s ultimate nature. One dimension of yoga that is related to the muladhara is referred to as kayakalpa.

Unless the muladhara is stabilized, one will not know health, wellbeing, and a sense of stability and completeness.

Kaya means body. Kalpa essentially means a long period of time – we could translate it as “eon.” Kayakalpa is either about establishing or stabilizing the body, or extending its lifespan. There have been many beings who practiced kayakalpa and lived for hundreds of years, because they took charge of the most fundamental ingredient in the system, which is the element of earth. It is the earth element that gives us substance.

Kayakalpa is about stabilizing aspects of the body, which naturally deteriorate with time, in such a way that the deterioration is at least slowed down to a point where it looks like you are ageless and timeless, that you have a kaya that will last for a kalpa, that is, a body that will last for an eon.

There have been many beings who have done that, but it takes an enormous amount of work. Kayakalpa uses the understanding of how a rock is structured, what gives it the integrity that makes it last for long periods of time, and tries to make the human body like that.

If your muladhara is stable, life or death, you will be stable because your foundation is good and we can fix the other things later.

In other words, if you do kayakalpa, you become like a rock. What is the point? We could make a statue out of you! On a social level, if you are like a rock, you can earn a living and act like a superman; you can fascinate people with your capabilities. Some people will be amazed by you because you don’t die. Some people will be frustrated that you don’t die! But we do not need a human being to become like a rock. There is a beautiful story about this kind of sadhana.

Sometime in the twelfth century, there was a great sage who was known as Allama Mahaprabhu in Karnataka. He became the guiding force for a fabulous group of mystics – this is why they called him Mahaprabhu.

He created an institution called Anubhava Mandapa – that means a place to experience something. One day, another yogi, Goraksha, challenged Allama Mahaprabhu, because people considered Allama as godlike and worshipped him. Goraksha said, “What is so great about you? Look at me.” People say Goraksha was 280 years of age at that time. He said, “I’ve lived forever, and I am like a rock. What is it that you can do?”

Allama smiled and said, “Is that so? You’re really like a rock?” Goraksha said, “Try if you want.” He pulled out a diamond-tipped sword, gave it to Allama, and said, “Smash it on my head with all your strength. You’ll see what’ll happen.” Allama took the sword in both his hands and smashed it on Goraksha’s head. The sword bounced off his head like it had hit a rock.

Allama said, “Well, that’s quite impressive. But what is the use? Even the purpose of the sword has gone waste on you. A sword is designed to cut, but it cannot cut you.” Then Goraksha demanded, “Now that you have hit me with the sword, I also have the right to hit you with the sword.”

Allama said, “Fine.” Goraksha took the sword and swished it. It went right through Allama, as if through thin air. He swished it again and again. It went right through him with no resistance. Then Goraksha had the humility to bow down and say, “Yes, I have made myself like a rock, but you have become nothing. At least you can touch me with the sword. I cannot even touch you with the sword.”

Amrita and the Pineal Gland

These capabilities come in many different ways. The symbolism of Shiva turning south stems from his Third Eye moving “south.” The moment his Third Eye shifted down between his two eyes, Shiva saw things that no one had ever seen. This is one aspect of kayakalpa. Though it is not quite right to say so, since we need to cater to today’s logic, let me put it like this: There are various aspects of sadhana that are about moving the pineal gland a little down, or “south,” as we say.

When we do yoga, we are more focused on the muladhara than anything else because if you stabilize this, the rest is easy to create.

If this happens in a certain way, the secretions of the pineal gland, which are referred to as amrita in yoga, can either be used to strengthen the system and extend its longevity, or to create blissfulness in the system – it can just blow you away. Or you can use this amrita to enhance your perception, to become like thin air, because everything passes through you.

Right now, air passes only through your nostrils, and you know if it does not pass, you are gone. But some of you may have experienced this in a moment when you were very carefree and joyful – you stood in the breeze, and it felt like the air was passing through you. If you use your amrita to bring sensitivity to the system, you can become one hundred percent transparent.

These are three fundamental ways to use the secretions of the pineal gland. One is to strengthen the body and make it like a rock, which will give you a kind of longevity that is considered superhuman by most people. Another way is to bring such a level of drunkenness and blissfulness within you that you don’t care how long you live. A third one is to make yourself like thin air, so that your perception is super-hyped, because there is absolutely no resistance in your system.

Mastery of the Muladhara Chakra

Kayakalpa largely uses this amrita to strengthen the body and to extend its longevity. Once you become like a rock, once you identify yourself with the physical reality, you will always think in comparison – who or what is bigger or smaller, superior or inferior, better or worse. You will be comparing yourself, because that is the nature of physical reality. Only if you transcend the physical reality, can you be free from this comparison.

The yogic systems always focused on the muladhara chakra.

But this amrita or secretion of the pineal gland can also enhance your perception. If you do not enhance your perception, your life doesn’t really get enhanced in any way. Only a human being is able to realize that just existing is not good enough. None of the other creatures, from an amoeba to an elephant, have realized this, because that is not in their nature. They think their existing is good enough. Only a human being can know – not that everyone actually does – that just existing is not good enough, that something else needs to happen. For this, the muladhara and the sadhana on it are very important for your existence.

This ability to venture and adventure into whatever you want at any moment will come to you if your muladhara is well-established.

Unfortunately, many in the world have lost their minds or broken their bodies because they went experience-hunting. In yoga, you do not chase experience, you only prepare. The yogic systems always focused on the muladhara chakra. It is only in recent times that non-practicing “yogis” have written books and say you must focus on higher chakras.

This high and low business is too entrenched in book-reading minds but that is not how life works. Some years ago, I used to conduct two or three-day programs in Hatha Yoga. Just doing asanas, people would burst out in ecstacy.

One dimension of yoga that is related to the muladhara is referred to as kayakalpa.

Most yogis just use a few simple postures to break the limitations of who they are. That is how Hatha Yoga is. Hatha Yoga means balance. Balance does not mean sanity. If you want your life to be exuberant, you need to have some madness in you. But if you become compulsively insane, you lost it.

When we talk about balance, we are not talking about sanity, we are talking about finding that perch between sanity and insanity where you can venture and adventure. Madness is an adventure. It is a most wonderful thing as long as it is in control. If you lose control it will become ugly. Similarly, sanity is a beautiful thing but if you become perfectly sane, you are as good as dead. This ability to venture and adventure into whatever you want at any moment will come to you if your muladhara is well-established.