The Economist Asks: How Could Veganism Change The World?

by Socrates: Interest in vegan food and its associated health benefits has been booming across the rich world… 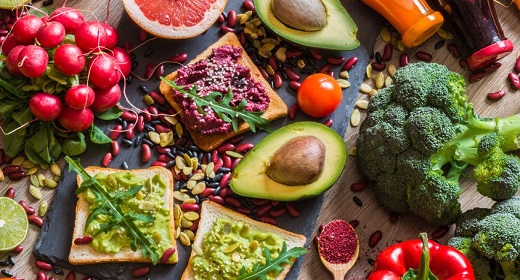 A global retreat from meat could have a far-reaching environmental impact.

By 2050 the world’s population could approach 10 billion – and around 60% more food could be needed to feed everyone. The environmental impacts of the food system are daunting its responsible for about a quarter of all greenhouse gas emissions and uses about 70% of all freshwater resources, and it occupies about 40% of the Earth’s land surface.

Food rated emissions could increase to 50 percent by 2050 and fill up the total emissions budget that we have in order to avoid dangerous levels of climate change.

Interest in vegan food has been booming across the rich world. A major study has put the diet to the test – analyzing an imagined scenario in which the world goes vegan by 2050. If everybody went vegan by 2050 we estimated that food-related greenhouse gas emissions could be reduced by 3/4.

Cows are the biggest emission contributors. Bugs in their digestive system produce methane and deforestation for their pasture releases carbon dioxide – these gases warm the planet. If cows were a country, they’d be the third largest greenhouse gas emitter.