Today we will focus on movement. So, lift your arm up. Wow, how did that happen? 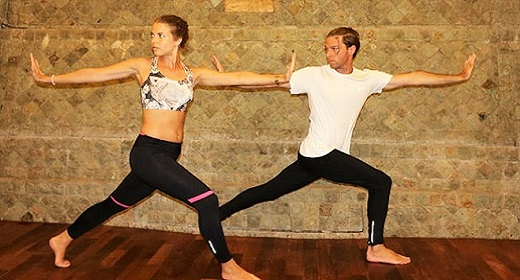 You just wanted to lift your arm up and it just lifted up. Can you explain what you did for that action to work so effortlessly? In most cases we cannot tell which muscles took part, or how did our mind communicate with the muscle, what else happened in our body so that the arm was lifted. Well, sometimes I like to think that I am magical in a way. We all are. But lets get serious for a bit bit, our movements also have biomechanical explanations.

Fortunately we don’t need to know the mechanics of movement to move our bodies. The body and the mind is connected on many levels. And, our body knows what to do without any help from conceptual knowledge.

So, today, we will focus on the anatomy of movement rather than exploring the conscious working of the mind.

Our bones, muscles and joints are the main elements of our body that functions in movement. They are all amazingly efficient structures. The muscles are key to anatomy of movement because they supply the force and direction for the movement.

The joints are the parts of our skeletal system where two or more bones come together. The connective tissue that hold our bones together is ligament. If two bones are connected together with very tight ligaments then we will get a joint but it might have a minimal range of movement like the Sacroiliac joint where the sacrum and the Ilium.

Sacrum the lower part of the spine just below the lower back (thoracic spine) and above the tailbone (coccyx); and ilium is the top broadest part of the hip.

But since we are focusing on movement today we will focus on the joints which have decent range of movement.

To be able to move the bone or a limb we need a connection between the source of movement, i.e. the muscles, and the bones. The connective tissue that connects and transmits the force from muscles to bones is called the tendon. Our discussion here will focus on the muscles.

Alright a lot has been discussed but still we did not talk about how the movement occurs. What happens in the muscle so that it makes a limb move? If we want to understand the mechanism of movement the first thing we need to know is that muscles are composed of fibres and they can only contract. What this means is a muscle can only pull. They can’t push limbs away.

So, in general, if you need to find the responsible muscle for a certain movement you need to think about where a limb is going towards rather than the moving limb itself.

The muscles effect the bones they cross. The more stable and usually the more central end of the muscle is considered as the origin of the muscle.

Now, the question is how can the muscles with fibres that can only shorten do more than shortening. Then let’s begin with isometric action of the muscles.

Imagine pushing against a wall or pulling an immovable object. In those situations your muscles engage but their length stays the same, nothing moves. In isometric contraction the fibres create an internal torque and an external torque. And these two torque forces cancel our each other with no visible difference in the muscle’s length. Although lengthening sounds even more impossible, the mechanism it refers to is quite simple actually. In eccentric contraction the muscle is already short, like bent elbow.

Imagine that you are holding heavy shopping bags in your hand and you want to put the bag down on the floor slowly. Although the action you need to do with your elbow is extension you use your elbow flexor for this action. Because of the force of gravity, if you relax all you muscles of your arm, then your arm will suddenly extend and you will crush the bag into the floor. To resist gravity in such a situation you engage the muscles you normally use to bend your elbows, elbow flexors, for extending your elbow slowly.

Although reciprocal relaxation of the antagonist muscles is a reflexive reaction it is still possible to co-contract the opposing muscles. The co-contraction of the opposing muscles creates stabilisation around the joint. During Asana practices we use this co-contraction mechanism to create muscular locks (Bandhas). By the help of muscular Bandhas we practice safely and actively protect and stabilize our joints. The whole muscle tissue wraps the bones of a joint creating a very strong posture.

As you can see even the simplest movements in the body requires amazing coordination within the body. Instead of a one simple movement, imagine dancing. Moving the body, in harmony with the music, using the torso, the head, the arms and the legs, the fingers and the toes. Moving them symmetrically, asymmetrically in orders to manifest a sensation, a feeling, a thought, through the movements of the body. Try rock imagine all those things that need to happen within.

And now tell me that we are not magical!