by Lance Simmens: The boundless idiocy of Donald Trump is so profoundly disturbing that it is causing deep and traumatic anxiety among the proportion of the population… 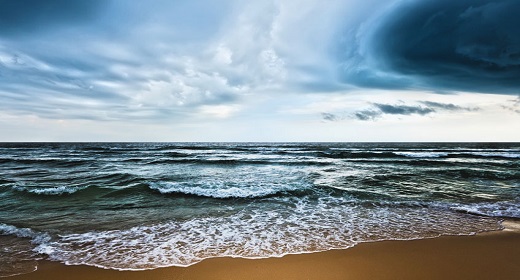 that actually has an ability to grasp complex issues such as climate change. For thinking persons he represents everything that is wrong with abject stupidity. In the latest in an avalanche of inane tweets that emanate from the President’s empty cranium comes the latest treatise on his inability to distinguish between weather and climate. The world is warming, humans are responsible, severe weather events are becoming the new normal, get a clue. Mr. President, your intellect is severely challenged by any issue that has more than two moving parts. In short, you are an idiot!

Initially I believed that his inability to focus on complexity reflected a base political calculus to appeal to the lowest common denominator. Populism can capably be used to rally a citizenry to constructive action if its leader possesses the ability to commingle short-term and long-term concepts. Absent this, however, populism can corruptly mobilize greed, avarice, and self-interest to secure immediate gratification at the expense of stability and sustainability. In the hands of an idiot, and not even a useful one at that, power that appeals to those who have difficulty grasping science, history or any self-respecting academic discipline can be destructive. We have discovered not only does the President have no clothes, he has no brain. His thought processes spring from his ample gut, his agenda lacks any coherence, and his inability to articulate is reason enough to invoke the 25th amendment.

Our President is not merely mean-spirited, but incredibly lacking in the ability to either make or comprehend complex decisions. Issues that pit war versus peace, bullying versus diplomacy, autocracy versus democracy, separation of versus concentration of power, instinct versus intellect, short-term fluctuations versus long-term trends, or most simply right versus wrong require mental discipline, intellectual competence, and rigorous comprehension. Trump possesses none of these and hence is doomed to commit monumental mistakes. That this is widely known yet not only tolerated but enabled by Republican Congressional leaders for crass political expediency is little short of treasonous. At the very least it represents collusion on a massive scale.

The scientific consensus behind climate change is nearly universal, the real time consequences are abundantly evident, and while the poorest among us, both here and abroad, will suffer first and worst, economic classes will not be spared the wrath of Mother Nature as she exacts sacrifices and suffering due to human failure to manipulate her power. The exponential increase in the severity of wildfires, floods, hurricanes, snowfall, drought, and sea-level rise are alarming, yet what substitutes for economic progress in this numbskull’s agenda is a return to unchecked fossil fuel development and I am sure surly dreams of a second Industrial Revolution. Checking in the rear-view mirror is a useful driving technique, being mesmerized by the rear-view mirror will surely result in a collision with what occupies the road ahead.

It is a surefire certainty that those who proclaim how smart they are mask a serious deficiency in the intellectual arena, while those who resort to bullying and provocation are manifesting a deep physical inferiority that is only satisfied through destruction. Trump possesses absolutely no qualities that anyone with a fundamental grasp of integrity and statesmanship could identify with. He is quite simply a moron who in an earlier age would have been restrained in an asylum to protect him from himself as well as others. We are on a collision course with the future.

He is a child in a man’s bloated body. The petulance which he exhibits, the inability to express himself in speech, whether reading from a prepared text or merely pontificating at will, casts serious doubt as to his mastery of either the language or the issues. A laughing stock in international circles, he scares the hell out of allies and enemies alike. But this is no laughing matter. He represents the most serious existential threat to decency, competency, common sense and good judgment in a world that is desperately in need of of at least a small dose of all of the above.

I would not trust him to walk my dog let alone make decisions that affect present and future generations. How much longer can we as a society, as a world, balance our hopes and dreams on the maniacal rantings of a narcissistic prevaricator with no sense of empathy for those who do not look or worship in the ways he feels comfortable with? He must be impeached. Unfortunately that will most likely not happen unless Democrats recapture the House of Representatives in November. Can we survive that long?