Dr. Joseph Mercola On Health And Longevity: Take Health Into Your Own Hands

With 15 million unique visitors per month, Dr. Joseph Mercola is the founder of the largest health and wellness website on the internet… 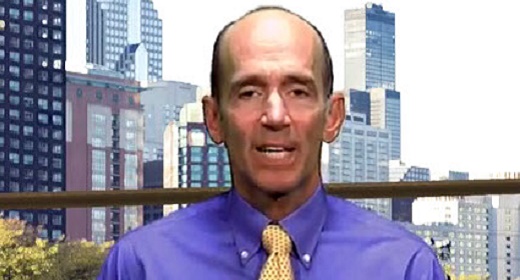 His life’s mission is to cure rather than treat disease and Dr. Mercola has not only published extensively but also treated successfully a variety of chronic health conditions with natural methods such as diet, exercise, and sleep. Joseph also lives his own message by being strong and healthy himself – just check out this video of him doing pullups with a 45-pound weight.

During our 90-minute interview with Dr. Joseph Mercola, we cover a variety of interesting topics such as: why he is a physician first-and-foremost; his activism against dental (mercury) amalgam; osteopathic medicine; food and toxins; electromagnetic radiation; the free radical theory of aging; processed foods and optimal eating time; intermittent and longer fasting; good fats and bad fats; my experience with coconut oil; the long-term dangers of vegan and keto diet; supplements and smart drugs.

As always you can listen to or download the audio file above or scroll down and watch the video interview in full. To show your support you can write a review on iTunes, make a direct donation or become a patron on Patreon.

I was born and raised in the inner city of Chicago, IL. I had a normal childhood, and it was in my school years that I truly took an interest in health and wellness. In my early twenties, I worked as a pharm tech at a physician’s office. I worked at the Illinois Eye Bank to harvest donated eyes to be used for cornea transplants. I also worked at the Kidney Bank.

I first began seeing patients at my private wellness clinic in Schaumburg, IL, in 1985. I was a sole practitioner. It was filled with routine checkups, school physical exams, and seeing chronically ill patients. I was prescribing drugs, but realized that they were not working.

I began exploring the world of natural medicine in the early 1990s. After seeing drastic improvements when my patients modified their diet and became more physically active, I changed the way I practiced medicine.

My passion is to transform the traditional medical paradigm in the United States, and that consumes most of my free time. For 40 years since 1968, I was an active runner; I completed the Chicago Marathon in just over three hours, among other accomplishments. I have also been a computer hobbyist since 1985, with an interest in the Internet that dates back to the early ‘90s.

In 2009, I was named the top Ultimate Wellness Game Changer by the Huffington Post, an honor that celebrates “100 innovators, visionaries, and leaders in 10 categories who are harnessing the power of new media to reshape their fields and change the world.” HuffPost readers voted me to the top to receive this special award.