Polish The Lens And Meet Your True Self

by Dr. Wayne W. Dyer: Here’s a quote I love from 18thcentury mystical poet, William Blake: “If the doors of perception were cleansed everything would appear to man as it is, Infinite… 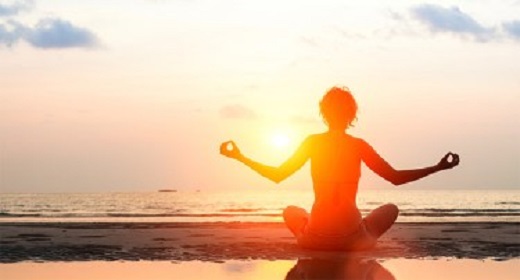 For man has closed himself up, till he sees all things thro’ narrow chinks of his cavern.” Those of a certain age, like me, will remember the words “doors of perception” as a catch-phrase of the 1960s. First, British author Aldous Huxley borrowed The Doors of Perception as the title for a brief book he wrote in 1954, detailing his experiences when taking the psychedelic drug, mescaline. A decade later, iconic American rock band, The Doors, borrowed their name and all the rich layers of associated meaning from Huxley’s book title. As William Blake said, “If the doors of perception were cleansed everything would appear to man as it is, Infinite.” Our connection to the Infinite has always beckoned us. We have only to move beyond the barriers we ourselves have created to a blissful and empowering view of reality.

In my most recent explorations of what the Infinite means to us, I’ve been reading a book called The Impersonal Life by Joseph S. Benner. According to Benner, every one of us has both a personal self as well as an impersonal aspect to our being. Your personal self, or your personality, is being directed at all times by your mind and your five senses. When you approach your life from your Impersonal self, it is an opportunity to free yourself, now and forever, from the unhealthy and limiting domination of your personality, with its self-inflated and often self-sabotaging mind and intellect.

In contrast to your personal self, there is also an impersonal self that is with you for every moment of your existence in this lifetime. This impersonal self is NOT your intellect and body.  It is the invisible intelligence that animates all of life. It is responsible for all of your deepest desires. It allows your fingernails to grow, your heart to beat, and it is the Force that supports all of life everywhere. To appreciate the presence of this Force, you must get away from the consciousness of your body and intellect, which have long held you enslaved. The work of our seminar this winter will be to discover how to feel your own connection to the Infinite Impersonal Self within and come to know and rely upon it at all times.

Shedding the Veil of Personality

Most of us are so attached to our personalities that we are immune to recognizing the LIGHT that is our true essence. That which you have come to think you are you are not! Everything in nature has an animating force behind it which, as Lao Tzu explains in the Tao Te Ching, “does nothing, yet leaves nothing undone.” There is no doer that you can see or touch that opens the flowers or keeps the planets in alignment or allows you to breathe. You know that it is there, yet it is impervious to your senses and your entire personality.

This year’s seminar on Maui will feature a meditation to assist you in gaining access to your impersonal self. It will include presentations on forgiveness and divine love and a new understanding that every burning desire that you have ever had and that has lived with you for your entire lifetime, is placed there not by your personality but by your infinite impersonal self. Those desires are there because the universal One Mind not only wants them there and has placed them there, but because it is your destiny to fulfill them before you depart this present corporeal existence here on Earth. This seminar is being offered to assist you in fulfilling your one true purpose for being here in the first place.

Anita Moorjani, who had a momentous experience of truly understanding the title “I AM LIGHT,” wherein she came face-to-face with her omnipresent impersonal self in the Light, and was miraculously healed of a ravaging cancer that had left her in a coma will be present with me in Maui. Her book, Dying to Be Me is now considered a classic in contemporary spiritual literature.

We’ll meet Immaculée Ilibagiza, who survived the Rwandan holocaust in 1994 and discovered her impersonal self while imprisoned in a tiny bathroom for 90 days, learned that she is, at her essence, LIGHT. She wrote another modern-day classic book titled Left To Tell. Also present will be Scarlett Lewis, the mother of a young boy senselessly murdered at Sandy Hook Elementary School in New Town, Connecticut, who has since used this horrific moment in her life to bring LIGHT to herself, her community and the world. Each of these powerful women will speak on the power of forgiveness as a tool for coming to live each day from a place of divine love and living in the light.

YOU ARE LIGHT. When you accept this, you allow yourself to experience your true essence as a spark of the infinite divine intelligence.