Actor Josh Radnor: Why We Should All Be “Perennials”

by Josh Radnor: Timeless wisdom could be the antidote to what ails the modern soul. Here’s why… 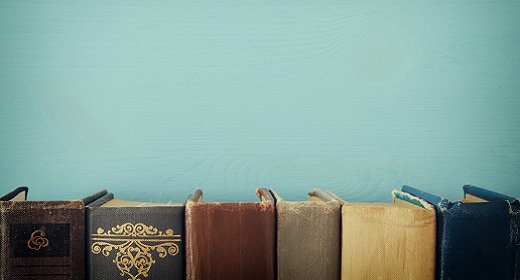 I can’t remember the exact details of the conversation, but I was talking with Jon Marro about millennials. We found our way to the subject after I shared a tweet from Erin Haacker (@HydroHaacker) with him that I thought was really sharp and funny:”

Gen X: When life hands you lemons, create a startup to market lemon juice as a healthy, low-carb alternative to lemonade.

Millennials: Hahahaha, as if life would ever just *hand you* lemons.

And Jon — wordsmith extraordinaire — said: “What if, you know how there are millennials? What if there were ‘Perennials?’” And I immediately was like “Yes! This should be a thing: ‘Perennials.’”

From a wisdom perspective, that which is ‘perennial’ does not change with the seasons or fashions. ‘Perennial philosophy’ — as outlined in Aldous Huxley’s fantastic book of the same name — posits the idea that all religions, despite their seeming differences, are all pointing to the same Truth. That which once was true, is true, and will always be true.

What gives our lives meaning? What has stuck around? What would have inspired our ancestors that would still inspire us today?

One of the many wonderful things Rob Bell talks about is the difference between treble and bass. I reached out to ask him to clarify this for me and he did a much better job describing this than I would so I am — with his permission —turning over the text he wrote me:

Treble: the higher frequencies that pierce the air with their urgency and punch

Bass: the low rumble that you feel in your bones

Treble: the challenge, the question, the full inbox, the issue pressing for a response right now

Bass: the low slow intention and growth as you become more and more a certain kind of person

Bass: the marvel that humans evolved to the point of inventing something called democracy in which the president has to win a majority of people over again after four years or someone else gets the job [Note: I didn’t challenge Rob on the fact that Trump lost the popular vote because of course I get his larger point and why get lost in treble at a moment like this…]

Treble: the barrage of articles and editorials and posts that were written yesterday

Bass: the ancient tradition of wisdom and insight and poetry and direction and sacred texts that people have been turning to for truth and guidance for thousands of years

Treble: people losing their minds on Facebook thinking that it’s never been this bad

Bass: the awareness that millions of people have faced situations a thousand times worse and they didn’t just survive they prevailed

How great is that?

We need both bass and treble. As Ram Dass says, “You need to remember your Buddha Nature and your social security number.” But we’re particularly hurting for those deep slower bass notes right now, which are missing from much of modern life. When we have too much treble in our lives and not enough bass, we need to adjust the knobs a bit. Perennial wisdom provides the bass notes. It grants up a much wider perspective — it slows us down, reminds us to breathe — so that we can access the better angels of our nature.

To be a ‘Perennial’ (since we’re just now, like, inventing a thing) does not mean longing for some golden age or past era. It’s not saying that things were somehow better long ago and that we must return to past modes of being and living. I want to be clear about this because it would be dangerous to conflate perennial philosophy with reactionary politics, which speaks to a misplaced desire to return to some status quo of old.

Reactionary politics is anathema to marginalized people who, obviously and understandably, do not wish a return to the status quo of yesteryear. So I would argue that one can honor both perennial truth and progress. The words of Jesus, for instance, are both incredibly progressive and perennially wise.

Often the most progressive revolutionary actions we can take is to return to first principles: the dignity of every human being, a mistrust of earthly power, reminding ourselves that spirit is naturally in sympathy with the wounded, the marginalized, and the outcast.

I sometimes notice myself falling into banalities, talking weather, sports, or politics with a kind of folksy detachment. I think it’s fine to talk about these things but not to the exclusion of deeper, more meaningful topics. Poetry and philosophy from ancient wisdom traditions, for instance, put a brake on our narcissism. They remind us that people lived before us and concerned themselves with many of the same questions: How do we live a moral and ethical life? How do we forgive ourselves and others? How are we to connect with the numinous? I assure you noneof that will be covered in Trump’s latest tweet.

There’s a moment in Alan Bennett’s play “The History Boys” when a character says: “The best moments in reading are when you come across something – a thought, a feeling, a way of looking at things — which you had thought special and particular to you. Now here it is, set down by someone else, a person you have never met, someone even who is long dead. And it is as if a hand has come out and taken yours.”

That’s perennial, that hand reaching out from another time and taking yours, assuring you that you are not alone in your thoughts, feelings, longings, aches, grief, and pain. To know that there are a chain of hands stretching impossibly far back that we are holding and that we are providing the link for future generations who will be as lost, hurting, grief-stricken, and triumphant as us.

A sacred map that is available to us, a storehouse of myths and parables and sacred texts to guide us, breadcrumbs left from earlier generations and times, saying ‘This is what we learned, this is how we passed through the dark night and emerged wiser, saner, with more peace and gratitude.’

We’ve got to fight to be Perennials, to find those bass notes and allow them to echo. This kind of deep wisdom isn’t introduced to us, it’s remembered by us. There are cellular truths flowing through our bloodstream and our job is make them conscious so they’re usable once again. Our bones know long before our brains.

Our culture is designed to distract and hypnotize us. Stretching our hands back towards our elders is a kind of revolution. To feel the embrace of timeless wisdom and infinite compassion, the unbreakable nature of love, is an antidote to what ails the modern soul. That which was, is, and always will be true. As St. Augustine wrote: “Ever ancient, ever new.”