A very simple question: What’s the big deal about Now? 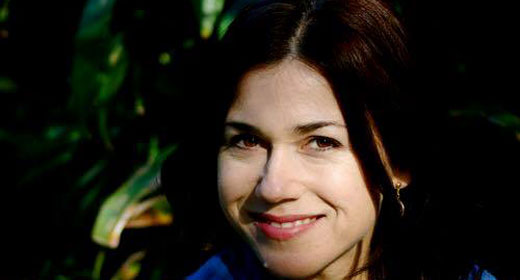 I remember one of the advanced monks asking this question to Roshi, at a Zen meditation retreat, many years ago. From Ram Dass’ 1971 classic, Be Here Now, to Eckhart Tolle’s contemporary bestseller, The Power of Now, and the ubiquitous self-help emphasis on mindfulness, it warrants the asking. It has become standard among mental health practitioners to champion this most basic of meditation practices, for its proven benefits for those suffering from depression, to PTSD to the more benign, but inescapable varieties of generalized anxiety, all as common as daily bread. And surgeons recommend it for pre-treatment nerves, as well as post-op recovery. Mindfulness is, at its most simple rendering, the ongoing act of bringing your attention to this present moment… here and now.

What’s the big deal about Now?

First, let’s answer that question with another question…

Because… What if this moment, here and now, is full of pain and misery? (Why would we want to be present with it?)

The answer to this last question, is that this present moment is not full of anything, at all. It is only our heads that are full of commentary, or as my Zen teacher used to say, ruminations. He loved that word. It comes from the Latin word for chewing. Makes sense. We like to chew on stuff. And chew some more. Then, chew some more. Even when — and there usually isn’t, unless you’re solving some mathematical equation — there’s no nutritive value left in whatever it is you’re chewing on.

Why do we do this?

It’s a compulsion. And we all do it. We are all obsessive compulsive. We’re problem solvers. We want to figure out that which can’t be figured out. We want to solve… even when it’s unsolvable. And know the unknowable. We want to have all the answers, ironically… right now. We’re not so good with the idea that there’s more to come, just around the bend… and relaxing with that. It makes us feel nervous and insecure not to be sure… not to be certain about things. Although, as denoted in the Alan Watts book that started it all for me, The Wisdom of Insecurity, there is an unmistakable prudence in simply letting life dance its dance. We don’t obsess about getting to the end of the dance, or rush to get there.

When we can summon up enough faith to do that, we will have enabled within ourselves a different relationship with this moment.

And that is the answer to the first question… it’s not the now, that has so much importance, it’s our relationship to the now. When we’re living easily with what is happening now, then we will be resistance free. And being resistance free is what every spiritual tradition, everywhere, from the beginning of time, has extolled.

And how do we do that?

After 30 years of practice, I still wouldn’t call myself an expert at it. At all. But, that’s why they call it a practice. It’s never really, fully and finally, accomplished. But, I do like the Abraham-Hicks access code:

I don’t have to figure it all out, right now.

This is like a golden key. A doorway into the state of nonresistance… into a more peaceful relationship with whatever this moment holds. Use it like a mantra. Say it to yourself when panic taps its familiar tap. It works because it’s general. If it were more detailed, and applied to some specific problem, the mind would find some argument, and the ruminations would continue. But in generalized form, it dislodges the ruminations.