Mahershala Ali recently shared how he balances taking on work with supporting his wife and the time she needs for her career, in an interview with The Guardian… 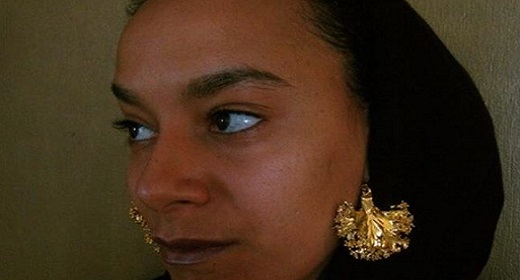 Ali, who won a Golden Globe for his role in “Green Book” this month, told the publication that after filming the movie, he stopped readily saying yes to jobs so his wife, Amatus-sami-Karim, could focus on her career as an artist.

The Guardian’s Tom Lamont writes, “Ali says he just stopped saying yes to jobs. His wife needed time for her own career as an artist. The couple hit the tuning fork – and the tuning fork said it was blatantly her turn. They moved back to Los Angeles.”

“You get to the point where you think: ‘If I were to accept the next thing I’d be throwing off the balance of my family.’” the actor said.

Amatus is a performative conceptual artist, working in music, theater and film “with themes related to identity, history and popular culture,” her website states. She is a graduate of the Tisch School of the Arts and released her debut EP, “Broken Compass” in 2014.

The Oscar winner often gushes about Amatus in interviews and on his Instagram account. The pair wed in 2013, according to People.

In an interview with Elle in 2014, he shared that they knew each other for more than a decade before tying the knot. He added that she helps ground him and is “very real.”

Ali and Amatus welcomed their first child, Bari Najma Ali, in February 2017. Days later, he accepted an Academy Award for his role in “Moonlight.”

He told The Guardian that the miraculousness of accepting the award — shortly after welcoming a girl to the world — is something he and Amatus “still joke about.”

During his acceptance speech for Best Supporting Actor for “Moonlight,” he thanked Amatus.