by John Vidal: Nature is in freefall and the planet’s support systems are so stretched that we face widespread species extinctions and mass human migration unless urgent action is taken… 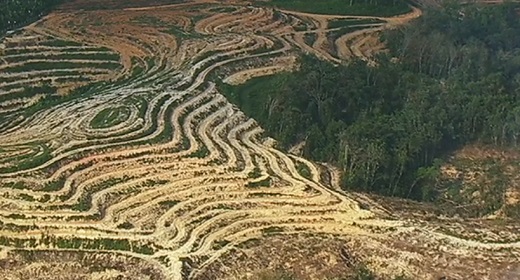 That’s the warning hundreds of scientists are preparing to give, and it’s stark.

The last year has seen a slew of brutal and terrifying warnings about the threat climate change poses to life. Far less talked about but just as dangerous, if not more so, is the rapid decline of the natural world. The felling of forests, the over-exploitation of seas and soils, and the pollution of air and water are together driving the living world to the brink, according to a huge three-year, U.N.-backed landmark study to be published in May.

The study from the Intergovernmental Science-Policy Platform On Biodiversity and Ecosystem Services (IPBES), expected to run to over 8,000 pages, is being compiled by more than 500 experts in 50 countries. It is the greatest attempt yet to assess the state of life on Earth and will show how tens of thousands of species are at high risk of extinction, how countries are using nature at a rate that far exceeds its ability to renew itself, and how nature’s ability to contribute food and fresh water to a growing human population is being compromised in every region on earth. 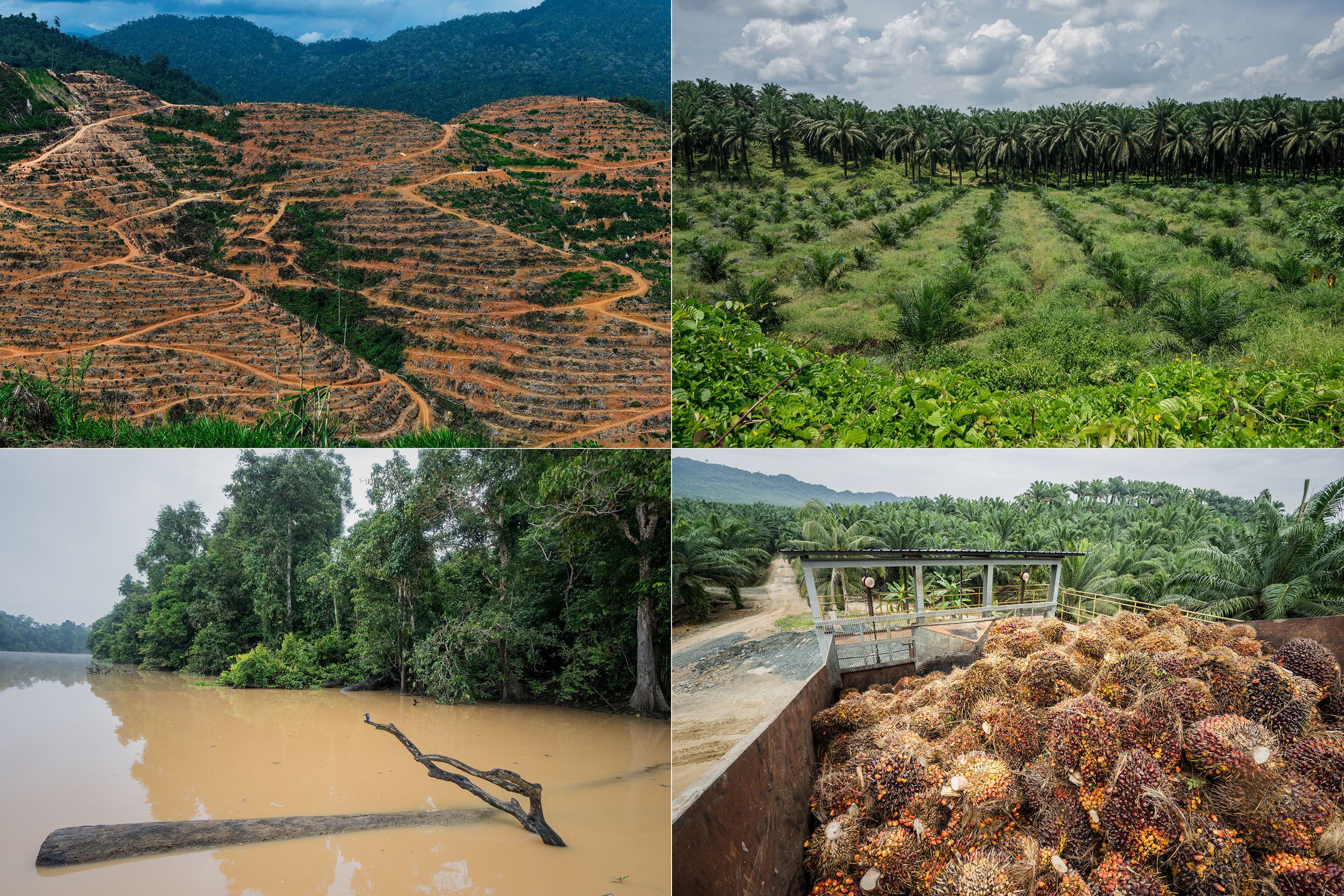 Nature underpins all economies with the “free” services it provides in the form of clean water, air and the pollination of all major human food crops by bees and insects. In the Americas, this is said to total more than $24 trillion a year. The pollination of crops globally by bees and other animals alone is worth up to $577 billion.

The final report will be handed to world leaders not just to help politicians, businesses and the public become more aware of the trends shaping life on Earth, but also to show them how to better protect nature.

“High-level political attention on the environment has been focused largely on climate change because energy policy is central to economic growth. But biodiversity is just as important for the future of earth as climate change,” said Sir Robert Watson, overall chair of the study, in a telephone interview from Washington, D.C.

“We are at a crossroads. The historic and current degradation and destruction of nature undermine human well-being for current and countless future generations,” added the British-born atmospheric scientist who has led programs at NASA and was a science adviser in the Clinton administration. “Land degradation, biodiversity loss and climate change are three different faces of the same central challenge: the increasingly dangerous impact of our choices on the health of our natural environment.”

Around the world, land is being deforested, cleared and destroyed with catastrophic implications for wildlife and people. Forests are being felled across Malaysia, Indonesia and West Africa to give the world the palm oil we need for snacks and cosmetics. Huge swaths of Brazilian rainforest are being cleared to make way for soy plantations and cattle farms, and to feed the timber industry, a situation likely to accelerate under new leader Jair Bolsonaro, a right-wing populist.

Industrial farming is to blame for much of the loss of nature, said Mark Rounsevell, professor of land use change at the Karlsruhe Institute of Technology in Germany, who co-chaired the European section of the IPBES study. “The food system is the root of the problem. The cost of ecological degradation is not considered in the price we pay for food, yet we are still subsidizing fisheries and agriculture.”

This destruction wrought by farming threatens the foundations of our food system. A February report from the U.N. warned that the loss of soil, plants, trees and pollinators such as birds, bats and bees undermines the world’s ability to produce food.

An obsession with economic growth as well as spiraling human populations is also driving this destruction, particularly in the Americas where GDP is expected to nearly double by 2050 and the population is expected to increase 20 percent to 1.2 billion over the same period.

Nature is likely to be hit particularly hard over the next 30 years, said Jake Rice, chief scientist emeritus at the Canadian government’s department of oceans and fisheries, who co-chaired the Americas study. High consumption and destructive farming will further degrade land and marine ecosystems, he added, although the pace of destruction is diminishing because so much has already gone.

“The great transformation has already taken place in North America but the remote parts of South and Central America remain under threat. A new wave of destruction is transforming the Amazon and Pampas regions [of Latin America],” said Rice.

All of this comes at a huge cost and has implications for the systems that prop up life on this planet, throwing into doubt the ability of humans to survive.

“The loss of trees, grasslands and wetlands is costing the equivalent of about 10 percent of the world’s annual gross product, driving species extinctions, intensifying climate change and pushing the planet toward a sixth mass species extinction,” says the report.

“Africa is the world’s last home for a wide range of large mammals but the scientific consensus is that under current scenarios to 2100 more than half of African bird and mammal species could be lost,” said Dziba.

Around 20 percent of Africa’s land surface has already been degraded by soil erosion, loss of vegetation, pollution and salinization, he said, adding that the expected doubling of the continent’s population to 2.5 billion people by 2050 will put yet further pressure on its biodiversity.

While people are familiar with the threats to whales, elephants and other beloved animals, the problem goes far deeper than that. Animal populations have declined by 60 percent since 1970, driven by human actions, according to a recent World Wildlife Fund study.

And insects, vital to the diets of other animals, as well as the pollinators of our food, are facing a bleak future as populations appear to be collapsing. Land use changes and increased pesticide use are destroying habitats and vastly reducing numbers. In Europe, up to 37 percent of bees and 31 percent of butterflies are in decline, with major losses also recorded in southern Africa, according to the pollinators section of the report.

“Species which are not charismatic have been politically overlooked,” said Rounsevell. “Over 70 percent of freshwater species and 61 percent of amphibians have declined [in Europe], along with 26 percent of marine fish populations and 42 percent of land-based animals … It is a dramatic change and a direct result of the intensification of farming,” he said.

This destruction is also driving mass human migration and increased conflict. Decreasing land productivity makes societies more vulnerable to social instability, says the report, which estimates that in around 30 years’ time land degradation, together with the closely related problems of climate change, will have forced 50 to 700 million people to migrate.

“It will just be no longer viable to live on those lands,” said Watson.

The study will also recognize that much of the remaining wealth of nature depends on indigenous people, who mostly live in the world’s remote areas and are on the frontline of the damage caused by destructive logging and industrial farming. According to IPBES, indigenous communities often know best how to conserve nature and are better placed than scientists to provide detailed information on environmental change.

Brazil – which nationwide hosts about 42,000 plant species, 9,000 species of vertebrates and almost 130,000 invertebrates – has an indigenous population of almost 900,000 people, says the report.

“What surprised me the most about this study was that it became clear that the older cultures, like the indigenous peoples of the Americas, have different values which protect nature better [than Western societies],” said Watson. “No one should romanticize indigenous peoples, and we cannot turn the clock back, but we can learn a lot from them on how to protect the planet.”

Indigenous people, however, continue to experience discrimination, threats and murder. In Brazil, for example, Bolsonaro’s election has cemented a pro-corporate, anti-indigenous agenda that has already started to undermine the rights of the country’s native communities.

Although their conclusions are stark, the IPBES authors are not entirely gloomy about Earth’s prospects. In offering practical options for future action, they want to show that it is not too late to slow down or even reverse degradation.

The authors are expected to say in their conclusions that to avoid disaster, existing laws will have to be enforced, and further regulations put on, for example, deforestation and overfishing. Reports already published have also called for better protection of pollinators, tighter control of invasive species and greater public awareness of the decline in nature.

They will also recognize that individual and community actions to plant trees, regenerate abandoned lands and protect nature can have a major positive impact.

Many other solutions to save nature have been put forward by individuals and countries.

Veteran biologist E.O.Wilson proposed that half the Earth needs to be protected to have any hope of avoiding disaster. Elsewhere, indigenous people in Latin America have argued for the creation of one of the world’s largest protected land areas, stretching from the southern tip of the Andes to the Atlantic.

Several countries are taking bold initiatives to restore land, both to help meet climate targets and to protect and enhance biodiversity. Pakistan intends to plant 10 billion trees (although its previous billion tree campaign was not without controversy), Ethiopia has mobilized communities to regenerate 15 million hectares of degraded lands and the Green Wall project is pushing for a 4,970-mile long belt of vegetation across Africa. Meanwhile, the U.N. Environment program has reported a surge in the number and size of marine protected areas.

Public awareness of the crisis is also growing, with new social movements setting up to put pressure on governments to act urgently. The Extinction Rebellion movement, which began in London in October, argues that we face an unprecedented emergency. Backed by academics, scientists, church leaders and others, including Naomi Klein, Noam Chomsky and Vandana Shiva, it claims to have spread to 35 countries in its first two months. Children too are joining in. On March 15, thousands of young people across 30 countries plan to strike from school and protest against inaction on climate change.

But despite these moves to reverse the ongoing destruction of the natural world, the big picture remains worrying. Ambitious global agreements like the Aichi targets set in Japan in 2010 and the U.N.’s Sustainable Development Goals around protecting nature, may not be met at current rates of progress, say the report authors.

Ultimately, Watson concludes that saving nature will require a major rethink of how we live and how we think about nature, but that it is possible to turn this dire situation around if governments want it to happen.

“There are no magic bullets or one-size-fits-all answers. The best options are found in better governance, putting biodiversity concerns into the heart of farming and energy policies, the application of scientific knowledge and technology, and increased awareness and behavioral changes,” Watson said. “The evidence shows that we do know how to protect and at least partially restore our vital natural assets. We know what we have to do.”