As many of you know, Carl Jung is one of the greatest western psychologists to have ever existed… 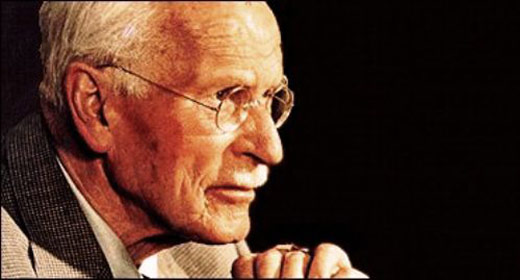 Through unlocking the mysteries of our unconscious, he helped people discover their true selves.

He spoke about the beauty of becoming “spiritually whole” and the value in asking ourselves the hard questions. Here is an example from one his quotes:

“I have frequently seen people become neurotic when they content themselves with inadequate or wrong answers to the questions of life. They seek position, marriage, reputation, outward success of money, and remain unhappy and neurotic even when they have attained what they were seeking. Such people are usually confined within too narrow a spiritual horizon. Their life has not sufficient content, sufficient meaning. If they are enabled to develop into more spacious personalities, the neurosis generally disappears.”

So when such a revolutionary western thinker talks about becoming our true selves, it’s fascinating to see what he thinks of Zen philosophy. As we all know, Zen philosophy is mainly focused on reducing suffering through achieving “enlightenment”.

Below we have a forward given by Carl Jung for a book titled “An Introduction to Zen Buddhism” by D.T Suzuki:

“I should like to warn the attentive and sympathetic reader, however, not to underestimate the spiritual depth of the East, or to assume that there is anything cheap and facile about Zen.

The assiduously cultivated credulity of the West in regard to Eastern thought is in this case a lesser danger, as in Zen there are fortunately none of those marvellously incomprehensible words that we find in Indian cults.

Neither does Zen play about with complicated hatha-yoga techniques, which delude the physiologically minded European into the false hope that the spirit can be obtained by just sitting and breathing.

On the contrary, Zen demands intelligence and will power, as do all greater things that want to become realities.” – Carl Jung