by Dara McKinley: Twelve years ago, sparked by a difficult transition to motherhood, I began studying the soul-quenching world of feminine power… 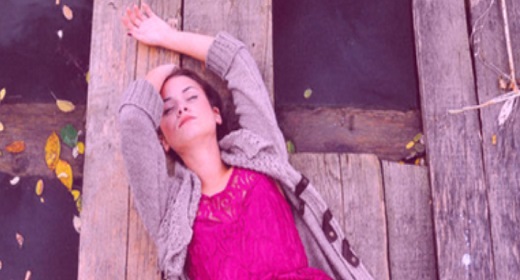 On this path I learned all about:

Finding this path was one of the best things that ever happened to me. It lit up my relationships, intuition, creativity, and overall confidence. It was such a positive force in my life that I went on to create retreats and workshops working with these teachings.

“I received a message from the universe that simply said: Forgive.”

But then something intense happened to me: I was betrayed by someone I trusted. And I lost something I deeply loved.

Initially, I looked on the bright side. The relationship certainly had its problems, and there was a genuine part of me that was relieved it had come to an irreconcilable end.

I also had so much to be grateful for and even more to look forward to. I vowed not to let the loss bring me down.

However, as months passed, whenever I thought about what happened, I would feel an undeniable ball of resentment in my gut that made me think: “That. Was. So. Wrong.” My mind struggled to comprehend that it even happened.

So there I was on the path of feminine power that stood for:

I was in the deep hole of betrayal’s aftermath, and I hung out there for three very long years. And then one dark evening in October 2012, I received a message from the universe that simply said: “Forgive.”

I initially balked at this idea as I had no desire to let anyone off the hook. But the message was so clear that I reluctantly accepted the directive and began researching the world of forgiveness.

Three weeks later, my resentment was gone. I felt peaceful, and my faith in my myself and the universe was restored. I was wowed.

“Forgiveness is a spiritual experience that heals betrayal.

It is very powerful and sits at the core of feminine power.”

Over the past 12 years I have observed the rise of feminine power, and while “We can do it!” is the awesome and accurate collective cheer, becoming and achieving are never straight lines. Loss, setbacks, and failure are always part of our feminine path.

Whatever the story, it is imperative to the success and fruition of feminine power that we transform hardships into the highest force for good.

That’s where forgiveness comes in.

Betrayal is when someone or something you trusted fails you. It often results in a grudge, a persistent feeling of ill will or resentment.

Ask yourself: Am I carrying a feeling of ill will or resentment towards another or myself?

Or, does your body cringe or contract when you think of a difficult time in the past?

If you answered “yes” to either of these questions then ask yourself — are these feelings helping me to:

If you answered “no” to any of these questions, then your feminine power is likely being held back by something in the past.

Forgiveness not only untangles you from the past, but in doing so, unblocks the vast potential of your feminine essence.

And this is why today, when someone asks me my thoughts on forgiveness, my eyes twinkle as I say, “Forgiveness is a spiritual experience that heals betrayal. It’s very powerful and is at the core of feminine power.”

Are you ready to forgive? To unhook? To be set free?

Join me starting Oct. 7 for my powerful, four-week online course: How To Forgive. Click below to learn more.