Massive Restoration Of World’s Forests Would Cancel Out A Decade Of CO2 Emissions, Analysis Suggests

by Josh Gabbatiss: New findings suggest trees are ‘our most powerful weapon in the fight against climate change’, says scientist… 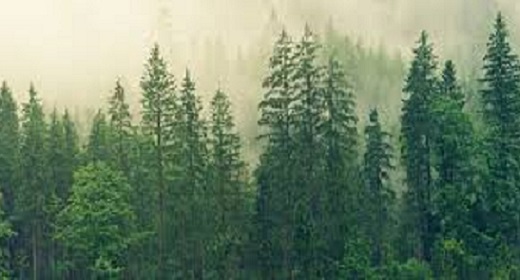 Replenishing the world’s forests on a grand scale would suck enough carbon dioxide from the atmosphere to cancel out a decade of human emissions, according to an ambitious new study.

Scientists have established there is room for an additional 1.2 trillion trees to grow in parks, woods and abandoned land across the planet.

If such a goal were accomplished, ecologist Dr Thomas Crowther said it would outstrip every other method for tackling climate change – from building wind turbines to vegetarian diets.

Lack of accurate information meant for years experts severely underestimated the number of trees on Earth.

Combining data from ground-based surveys and satellites, Dr Crowther and his colleagues arrived at a figure of three trillion – over seven times more than a previous Nasa estimate.

The same approach, using machine learning and AI to analyse the enormous data set, allowed the researchers to predict the number of trees that could feasibly be planted in empty patches around the world.

Project Drawdown, a group that compares the merits of different emission-cutting techniques, currently places onshore wind power and improved recycling of fridges and air conditioners at the top of its list.

If rolled out on a realistic scale, each of these techniques would cut over 80 gigatons of emissions, while growing forests languishes in 15th place with a saving of just 18 gigatons.

New research undertaken by Dr Crowther has used the 1.2 billion figure to estimate the potential scale of carbon capture that could be achieved by planting trees, and reveal their true potential.

Full restoration of all sites identified is clearly unrealistic, but tree planting is increasingly being recognised as a critical activity to preserve life on Earth.

The United Nations initially ran a project known as the Billion Tree Campaign, but in light of Dr Crowther’s findings this has been renamed the Trillion Tree Campaign. It has already seen 17 billion trees planted in suitable locations around the world.

“We are not targeting urban or agricultural area, just degraded or abandoned lands, and it has the potential to tackle the two greatest challenges of our time – climate change and biodiversity loss,” said Dr Crowther.

“There’s 400 gigatons now, in the 3 trillion trees, and if you were to scale that up by another trillion trees that’s in the order of hundreds of gigatons captured from the atmosphere – at least 10 years of anthropogenic emissions completely wiped out,” he said.

While the exact figures are yet to be released, he said trees had emerged as “our most powerful weapon in the fight against climate change”. Dr Crowther discussed his findings at the American Association for the Advancement of Science (AAAS) meeting in Washington DC.