Spiritual Guru Explains The Truth About The Women’s Liberation Movement 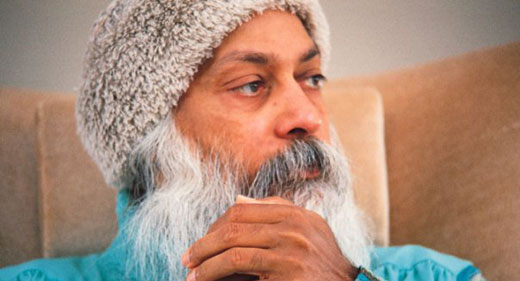 Improving the position of women in society, their status and their importance in comparison to men is something everyone benefits from.

Yet the spiritual guru, Osho, believed the women’s liberation movement was heading in the wrong direction as it tried to make women more like men.

This was an error, he argued. Women are actually superior to men in many ways and the women’s liberation movement needs to recognize this.

Here are some excerpts from his writing revealing what Osho thought about women.

1. Half of Humanity Is Deprived of Raising its Consciousness

“Even Buddha denied, Mahavira denied that anyone can reach enlightenment from a woman’s body. I do not see the logic at all. Mahavira was a great logician, but I can see the male chauvinistic mind working behind it. There is no logic at all, why a woman cannot become enlightened. He said that every woman first has to practice religious discipline so that in a next life she is born as a man; then begins the growth toward enlightenment! – and the same is true about all religions.

“I have accepted women for the first time on an equal basis to men. I’m in favor of women’s liberation because I know that unless woman are liberated, men will never be liberated. Their liberation is together, because they are two sides of the same coin. Naturally, many more women will be coming – and only those men will be here who are ready to accept women as their equal.

“No male chauvinists can remain around me.

“It is a family of equal people, with equal dignity.

“If women had been respected in the past, humanity would not have been in such a mess as it is today – because women are half of humanity. Half of humanity has remained undignified, uneducated, deprived of all freedom, all movement. We have hampered, handicapped ourselves. We have destroyed half of ourselves, and if we are in misery then who is to blame?

“I am all in favor of women’s liberation – but not the way the women’s liberation movement is going. It is taking a reactionary attitude, it is not a real revolution. It is trying to imitate man. And remember, imitation never makes you equal; imitation at most will make you carbon copy – but the original is original.”

2. There Are a Few Differences Between Men and Women

“Most of the differences between men and women are because of thousands of years of conditioning. They are not fundamental to nature, but there are a few differences which give them unique beauty, individuality. Those differences can be counted very easily.

“One is that the woman is capable of producing life; man is not. In that way he is inferior, and that inferiority has played a great role in the domination of women by men. The inferiority complex works in this way: it pretends to be superior – to deceive oneself and to deceive the whole world. So man down the ages has been destroying the woman’s genius, talents, capacities, so that he can prove himself superior – to himself and to the world.

“Because the woman gives birth, for nine months or more she remains absolutely vulnerable, dependent on man. Men have exploited this in a very ugly way. And that is a physiological difference; it makes no difference at all.

“The psychology of the woman is corrupted by man telling her things which are not true, making her a slave to man, reducing her to a secondary citizen of the world. And the reason for that was that he is muscularly more powerful. But the muscular power is part of animality. If that is going to decide the superiority, then any animal is more muscular than a man.”

3. The Woman Can Be Satisfied with One Love

“But real differences are certainly there, and we have to search for them behind the pile of invented differences. One difference I see is that a woman is more capable of love than a man is. A man’s love is more or less a physical necessity; a woman’s love is not. It is something greater and higher; it is a spiritual experience. That’s why the woman is monogamous and man is polygamous. The man would like to have all the world’s women, and still he would not be satisfied. His discontent is infinite.

“The woman can be satisfied with one love, utterly fulfilled, because she does not look at the body of the man, she looks at his innermost qualities. She does not fall in love with a man who has a beautiful muscular body, she falls in love with a man who has charisma – something indefinable, but immensely attractive – who has a mystery to be explored. She wants her man not to be just a man, but an adventure in discovering consciousness.”

Join us for this free online salon with Ideapod Founder Justin Brown as he explains what’s wrong with the self-improvement industry. Salons are similar to webinars. They’re completely free and explore new ways of thinking in the modern age.

If you’re someone who wants to change your life or interested more broadly in self-improvement, you need to attend this salon. Find out more here.