The Mindful Politician: Why Tim Ryan Is Promoting Mindfulness In Washington

by Barry Boyce: Editor-in-Chief Barry Boyce interviewed Ohio Congressman Tim Ryan on why he thinks mindfulness has a place in politics and government… 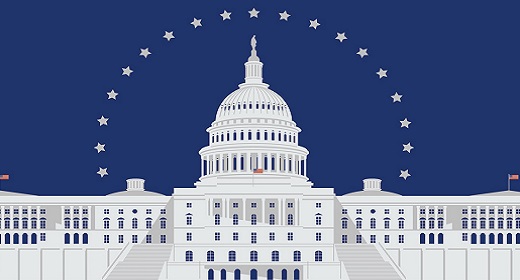 Tim Ryan recently announced he’s running for President of the United States. The day before his announcement, Mindful Editor-in-Chief Barry Boyce sat down with Ryan to talk about mindfulness and meditation and why Ryan thinks they can play a role in healing our country.

Barry Boyce: How has mindfulness informed your recent experience in Washington? Has your mindfulness practice made a difference during this interesting period?

Rep. Tim Ryan: Oh, it’s been more essential than ever because Washington has been more chaotic than ever, with more frequent bouts of insanity than normal. So, mindfulnesspractice has really kept me engaged and prevented me from getting burned out and allowed me to still enjoy the work. Not every single part of it, of course, but overall.

BB: We all sense an increase in fear and aggression emanating out of Washington. Have you been triggered by that? Has mindfulness helped you in not getting as triggered as you might by a fear-based approach to politics?

TR:  The enemy today in America is division and what feeds the division is fear, and there’s plenty of fear-mongering going on, at the highest levels. It’s very difficult not to react because it’s so obnoxious sometimes, so hurtful, and demeaning to other people that you get angry, but you need to be able to walk yourself back from some of that stuff or let it go and try to focus on what the real issues are, because if you’re caught up in the Washington fear and anxiety, you’re forgetting about the fear and anxiety that your constituents are feeling every day around economic insecurity, healthcare insecurity, and retirement insecurity. And your job is really to focus on their fear and pain, not yours.

BB: In terms of mindfulness as part of your agenda, have you had to defend that with your colleagues and constituents?

TR: We’ve come such a long way in the nearly a decade that I’ve been advocating for mindfulness, contemplative practices, ways to improve our personal health through mind-body practices. I was in a hearing the other day with the Secretary of the V.A and the V.A.’s top medical person, and for the first time I can remember I wasn’t the first person to bring up yoga and mindfulness in a congressional hearing. The Secretary of the V.A. actually brought up how yoga was healing veterans who had post-traumatic stress, and the doctor was talking about how Mindfulness-Based Stress Reduction was helping vets deal with depression and isolation, and therefore helping prevent suicides. It’s come a long way. Other leaders in the government are now advocating for it. We also will be launching a new wellbeing program for the House of Representatives in the next month or two that will include four or five certified MBSR teachers serving the thousands of employees who work on Capitol Hill. The Capitol Police is also working with the federal training center that’s doing mindfulness-based training for law enforcement.

BB: It seems, then, that in the five years since you put out A Mindful Nation, which has now been reissued as Healing America, you’ve seen the needle move in terms of it being noticed and being discussed by some folks in Washington. Are there people on both sides of the aisle who see the benefit of mind-body practices?

TR: A Republican member from Kansas did a press conference with me the other day around a program called Post-Traumatic Growth, which includes in it contemplative practices as part of the training. He spoke with me from personal experience about how meditation has helped him tremendously in working with stress and trauma. Self-care is not a partisan act.

Self-care is not a partisan act.

BB: How about you, do you bring this practice into your work the way some CEO’s are bringing it into their corporate life? Are you incorporating these practices even as busy as you are?

TR: I still have a daily practice that I’ve actually been doing more than normal these days, doubling down on it and trying to do it a couple of times a day now, because my life requires it at this point. It’s still complicated and hard to do when I’m home because of the family and the kids and the morning routine, but I’ve buckled down to make sure I’m getting it done every morning.

It’s not just medicine that I have to force myself to take. It’s a part of who I am, and I think the key is to ask myself: how do I take it off the meditation cushion. How do I take it into my life? If I find myself coming back to where I am, to my breath and my body, and letting go of negative thoughts more easily than normal, then I know that it’s infiltrating into my daily life in a significant way. It’s not just something that’s happening when I’m sitting on a cushion.

BB: You’ve been recently called the “Rustbelt Yogi.” Have you seen people in blue-collar America showing interest in mindfulness, meditation, and yoga— seeing these as worthwhile things?

TR: We have new yoga studios popping up all over, including in Youngstown, Ohio. I do travel a lot too, and I see them in all kinds of places. For example, I was just out in Sioux Falls, Iowa, and there was a yoga studio there. These are practices that—especially with the vets, and because of the vets—that we’re seeing spring up all over the country.

BB: Would you say the association of yoga and mindfulness with certain parts of the country, like the Bay Area or Cambridge, those kind of places, is that starting to erode a little bit?

TR: That’s still the main perception out there, but it’s changed a lot. LeBron James is another Rustbelt Yogi, I guess, being from Akron. Could be a trend.

BB: Given how fractured civil discourse is these days, do you see mindfulness healing the divide and hostility that’s rampant these days?

TR: I believe finding ways to be quiet together will be fundamental to the healing process. I’m hoping that we can get people on both sides of the aisle to move away from the turbulence that is dominating the surface of our politics, and the media covering our politics. Let’s get to a little bit of a deeper place where we can reconnect to some better values, American values. Values grounded in the Constitution and the founding documents: providing for the general welfare, providing for the common defense—these are the values in our country that we need to get back to.

BB: In Healing America you included a section about a variety of practices from different traditions, secular and non-secular. Why do you see it as important to define mindfulness in that way, to be including these other kinds of traditions?

TR: Part of it is my personal experience starting with centering prayer, which led me to mindfulness and other contemplative practices and really opened me up to this different aspect of myself. I think encouraging people to start where they are, and many times that’s within their own religious practice, is a good idea. If someone is  more comfortable with centering prayer, it will more than likely have a beneficial effect. Let’s all start with some quiet. If that quiet comes out of a religion you grew up with or were raised in, that’s tied to your culture, that’s all to the good.

BB: Do you think mindfulness can be promoted as a “soft skill,” like the ability to communicate or write or debate, that kids could learn in school and that could help people in the workplace be more adaptable in their jobs, and more able to respond creatively to changing circumstances?

TR: I would recommend that people read the Aspen’s Institute Report on Social and Emotional Learning. When you go through that document, or even if you just read the Executive Summary, you will see that they’re pointing to the power of cultivating our own inherent mindfulness.

That has tremendous implications for improving educational outcomes. Look at what they’re doing in the U.K. with their Mindful Nation initiative. They are starting to build healthcare policies that embody and support various types of mindfulness-based practice. If they can do it, we can too.