What Happens To Your Brain When You Practice Yoga

I think everyone who has done yoga can agree: there’s no greater feeling than savasana, the part at the end where you just lie down and relax… 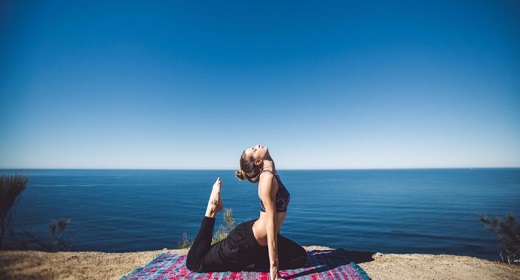 It turns out there’s a scientific reason why that feels so good. It’s not just your higher self dancing in a state of bliss.

New research is showing what’s happening in the brain when you do yoga, and it’s helping to grow parts of your brain.

Now you can do yoga not only to feel good, but with the knowledge that it’s literally expanding your mind!

New research by Chantal Villemure and Catherine Bushnell of the National Center for Complementary and Alternative Medicine in Bethesda, Md. is shedding light into the neuroscience of yoga.

Using MRI scans, they examined the brains of people who regularly practiced yoga, as compared with control subjects.

“We found that with more hours of practice per week, certain areas were more enlarged,” Villemure says, a finding that suggests yoga was a contributing factor to the brain gains.

Yogis had larger brain volume in the somatosensory cortex, which contains a mental map of our body, the superior parietal cortex, involved in directing attention, and the visual cortex. It’s likely this is bolstered by visualization techniques when practicing yoga poses.

The hippocampus, a region critical to dampening stress, was also enlarged in practitioners, as were the precuneus and the posterior cingulate cortex, areas key to our concept of self.

All of these brain areas are likely to be engaged by different parts of yoga practice. The yogis that were studied dedicated on average 70 percent of their practice to physical postures, 20 percent to meditation and 10 percent to breath work.

Villemure presented the work in November 2013 at the annual meeting of the Society for Neuroscience in San Diego.

What to do next?

This part is pretty obvious. Go and do yoga!

One common misconception about yoga is that you need to go to a class. This isn’t the case.

There are many great practitioners showing you how to do yoga poses on YouTube. Once you learn some of poses, you can do yoga anywhere.

Here are some of our favorite yoga practitioners:

There’s many more out there, and now that yoga is such a global phenomenon you’ll easily be able to find a class in your local area.

Have fun expanding your mind!