Yoga And Meditation Are On The Rise In The U.S

As mindfulness and complementary health techniques become more mainstream, more Americans are adding yoga and meditation to their wellness routines… 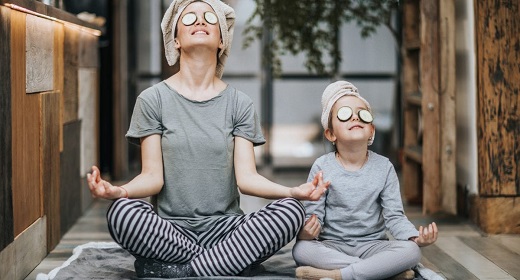 Survey results published by the National Institutes of Health found the number of American adults and children practicing yoga and meditation has risen significantly over the past five years.

“The 2017 National Health Interview Survey is the most current and reliable source of information on the use of specific complementary health approaches by U.S. adults and children,” David Shurtleff, PhD, acting director of the National Center for Complementary and Integrative Health, said in the news release.

“The survey data suggest that more people are turning to mind and body approaches than ever before, and the research we support at National Center for Complementary and Integrative Health is helping to determine the impact of those approaches on health.”

Survey results vary based on gender and race

Among key findings in the survey is the use of chiropractors increased from 9% in 2012 to 10% in 2017. The survey also found women were most likely to use yoga, meditation and chiropractors in the past 12 months compared to men in 2017. Non-Hispanic white adults were more likely to use these complementary health approaches than Hispanic and non-Hispanic black adults, according to the release.

For children, the survey found the number of children ages 4 to 7 who used yoga in the past year had a large increase of 4% in 2012 to 8% in 2017. Meditation among children also saw significant increases, with 0.6% of youngsters using the method in 2012 and 5% using meditation in 2017.

Researchers also found non-Hispanic white children were more likely to have used yoga and a chiropractor in the past 12 months than non-Hispanic black children or Hispanic children.

Yoga and meditation have complementary benefits

According to the American Osteopathic Association, benefits of yoga include increased flexibility, muscle strength and tone, improved energy and respiration, weight reduction and improved cardio and circulatory health. The practice also helps manage stress, relaxes the mind and sharpens concentration, according to the association’s website.

Meditation also has significant benefits, including reduced stress and anxiety, according to Healthline. It boosts emotional health and may reduce depression by decreasing cytokines — inflammatory chemicals released in response to stress.