Finding Hope In The Dark

by Anodea Judith: As a woman, I well remember what giving birth felt like… 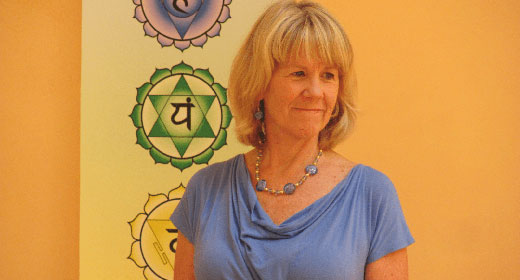 I even remember that all through my pregnancy I had trouble wrapping my mind around the fact that anyone could push a fully living baby out from an impossibly small opening. As I looked at people on the street, I constantly reminded myself that each one of them came into the world this way.

So I know how hard it can be to believe that a new world can be born at a time of darkness like ours, a time when public shootings are normal, mass flooding is old news within two days, mass lying is taken for granted, and too many of the masses seem to be taking it all in stride instead of being outraged.

But I can also regard each one of these issues as a contraction. The shootings, the storms, the corruption, the lies, the clamping down on everything from health care to immigration are all contractions in the process of giving birth to something new. They are a reminder of what we don’t want, what we are moving away from.

As the contractions become more frequent, occurring closer together, they are signaling that the time of birth is getting near. Painful as they are, each contraction is creating an opening somewhere else. An opening for women and minorities to hold public office, an opening for the public to become engaged in their civic responsibility, an opening for defending the environment, standing up for children, talking about climate change, and questioning how we do everything.

So as we face the Celtic New Year, known as Samhain, and face into a period of darkness, we can’t afford despair. Instead this is a time to vision and to dream, to talk and network, to treasure what we have, and take care of it wisely.

And know, deep within your heart, with unwavering faith, that Spring will eventually follow.

Meanwhile, be part of the process. Get out and vote on Tuesday!