by Hana Ames: Mindfulness and meditation produce an abundance of benefits that range from lowering your stress levels to reducing pain and insomnia… 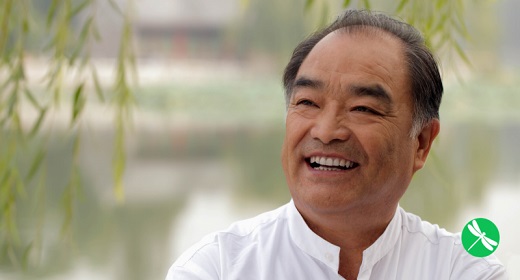 In recent years there have been more studies regarding the physiological and the benefits of such things. Neuroscientist Sara Lazar, of Mass General and Harvard Medical School, started studying meditation accidentally after being recommended stretching by her physical therapist. Lazar decided that she would take up yoga. (1)

“The yoga teacher made all sorts of claims, that yoga would increase your compassion and open your heart. ‘And I’d think, ‘Yeah, yeah, yeah, I’m here to stretch.’” said Lazar “But I started noticing that I was calmer. I was better able to handle more difficult situations. I was more compassionate and open-hearted, and able to see things from others’ points of view.”

Being a neuroscientist, Lazar’s inbuilt curiosity got the better of her and she began to investigate to see if there was any science backing up the phenomenon. Considering how skeptical she’d been at first, what Lazar found surprised her. There’s an increasingly large body of evidence to support that meditation helps decrease a wide variety of issues.

Researchers from prestigious universities ranging from Harvard to MIT looked at people with extensive meditation training to determine if long-term meditation practice had physical changes in brain structure. Their findings suggest that meditation may be associated with structural changes in areas of the brain that are important for sensory, cognitive, and emotional processing. Basically, the areas that would be expected to be thinner in participants aged 40-50, were the same thickness as those who were aged 20-30. (4)

To help eliminate potential variables contributing to their findings, Lazar and her colleagues went on to verify that those who meditated didn’t have thicker brain tissue to begin with. And another study was born! They took people who did not already meditate and put them in an eight-week meditation program. Using MRI scans to measure the thickness of the participants’ brains before and after the program, they went to work. They found statistically significant increases in brain matter after the participants had completed the program. This suggests that mindfulness stress-relieving practices can change the makeup of your brain, leading to a more youthful-seeming brain. (5)

Other Benefits of Mindfulness

Not only can mindfulness help decrease the signs of aging in your brain, but it can also help decrease worry, anxiety, and depression. Participating in just 15 minutes of mindfulness a day is all it takes. This doesn’t have to just be meditation either. Other practices such as yoga will also do the trick. There’s even evidence to suggest that mindfulness can help symptoms associated with irritable bowel syndrome! This may beg the question, is there anything that mindfulness can’t fix? (6, 7, 8)

How Much Mindfulness Works?

Lazar herself says that her meditation is “highly variable. Some days 40 minutes. Some days five minutes. Other days, not at all. It’s a lot like exercise. Exercising three times a week is great. But if all you can do is just a little bit every day, that’s a good thing, too.” (1)

Overall, there’s still a lot more research to be done on the effects of mindfulness, but there doesn’t seem to be any downsides whatsoever. It can help with a huge number of issues and can just be nice to spend fifteen minutes a day reconnecting with your own body and mind. What are your favorite mindfulness activities?